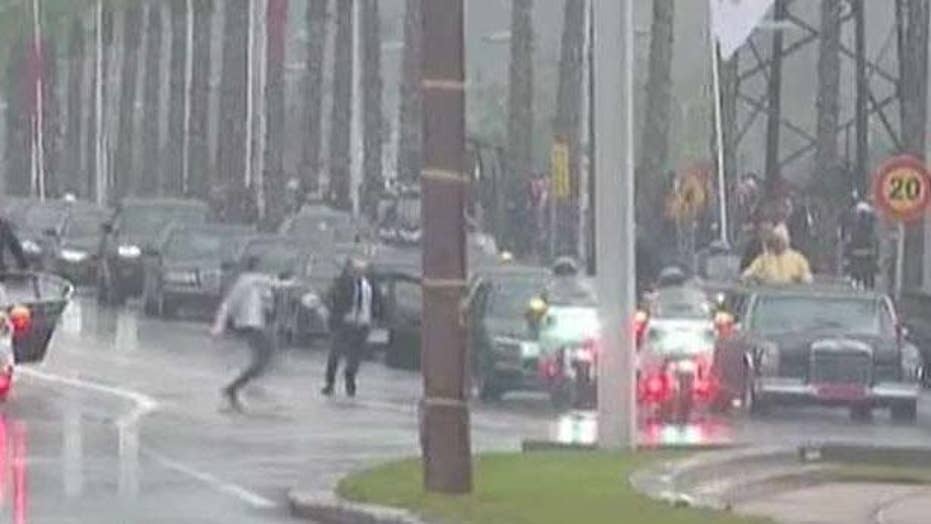 Pope Francis on Sunday called out political leaders intent on building walls in their country and warned that they will "end up becoming prisoners of the walls they build."

The pope made the comment while aboard the papal plane while he returned to Italy from a trip to Morocco, according to Reuters.

"Builders of walls, be they made of razor wire or bricks, will end up becoming prisoners of the walls they build," he said. Francis continued, "I realize that with this problem (of migration), a government has a hot potato in its hands, but it must be resolved differently, humanely, not with razor wire."

The pope did not mention Trump by name, but the two have a history of clashing over border policy. Perhaps their most public disagreement came at the height of the 2016 elections when Francis seemed to question Trump’s Christian faith in connection to plans for a U.S.-Mexico wall.

The pope said at the time, “A person who thinks only about building walls, wherever they may be, and not building bridges, is not Christian. This is not the Gospel.”

Trump met in May 2017 with the pope at the Vatican, as part of his first foreign trip as president. He later tweeted the visit was “the honor of a lifetime.”