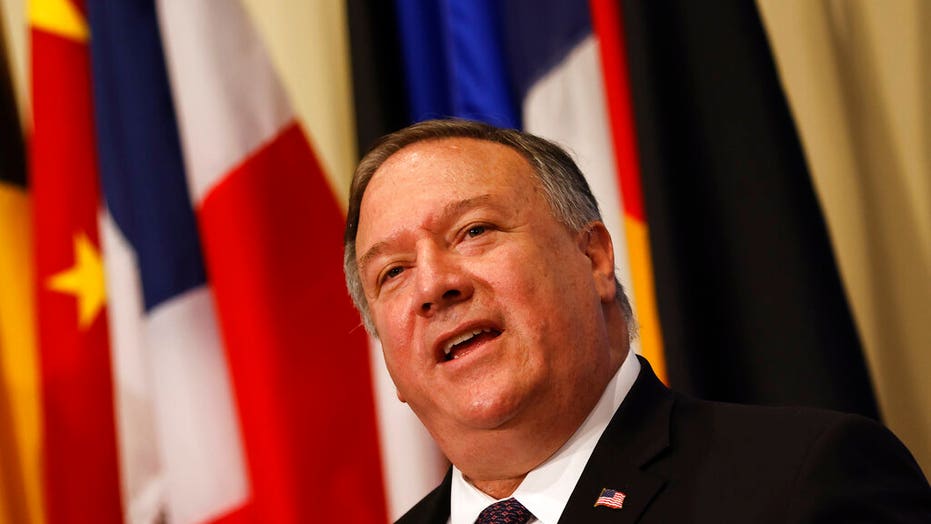 Secretary of State Mike Pompeo said Wednesday there is a “substantial chance” that top Russian officials were behind the poisoning of opposition leader Alexei Navalny.

“There is a substantial chance that this actually came from senior Russian officials, I think this is not good for the Russian people,” Pompeo told podcaster Ben Shapiro.

The secretary said he thinks the poisoning “will prove costly” to Russians.

“Countries that want to be powers, that want to be important and play on the global stage, this is not the way that they should engage in activity. They ought to instead promote freedom and democracy. I think this – these kind of things put real black marks on countries,” Pompeo said. “And I think that’s different than 10 or 15 or 20 years ago. I think the world has matured and come to an understanding that this is not how normal countries operate, and this will prove costly for the Russians.”

The White House had previously condemned the poisoning as “completely reprehensible,” but not laid blame at high-level Kremlin officials.

“The United States is deeply troubled by the results released today. Alexei Navalny’s poisoning is completely reprehensible. Russia has used the chemical nerve agent Novichok in the past,” National Security Council spokesman John Ullyot said in a statement on Twitter last week. “We will work with allies and the international community to hold those in Russia accountable, wherever the evidence leads, and restrict funds for their malign activities.”

Ullyot added that Russians have a right to “express their views peacefully without fear of retribution of any kind, and certainly not with chemical agents.”

Navalny is a famous critic of Putin and an anti-corruption activist.

Navalny fell mysteriously ill on a flight back to Moscow from Siberia on Aug. 20 and was taken to a hospital in the Siberian city of Omsk after his plane was forced to make an emergency landing.

Two days later, he was transferred to a German hospital, where doctors said last week there had been signs that the outspoken politician had been poisoned.

As of Monday, Navalny was taken out of an induced coma and is responsive.

In a statement, the laboratory that carried out the toxicology tests said there was "unequivocal evidence of a chemical nerve agent" present. Samples taken from Navalny showed the presence of the nerve agent Novichok.

Novichok, which means "newcomer" in Russian, applies to a group of advanced nerve agents developed by the Soviet Union in the 1970s and 1980s under the codename Foliant. Some variants of the agent are estimated to be five to eight times more toxic than VX nerve agents, the BBC reported.

Experts at a German hospital noticed similarities between the Navalny case and that of the 2018 Sergei Skripal attack. In that case, Skripal and his daughter Yulia were poisoned with military-grade Novichok.

The House Foreign Affairs Committee called for an investigation into Navalny’s poisoning Tuesday. “If the Russian government is once again determined to have used a chemical weapon against one of its own nationals, additional sanctions should be imposed,” Chairman Eliot Engel, D-N.Y., and ranking member Michael McCaul, R-Texas, wrote in a letter to President Trump Tuesday.

Trump last week told reporters "I don't know exactly what happened” in the Navalny case, but he would be “very angry” if the Kremlin was found to have poisoned the opposition leader.