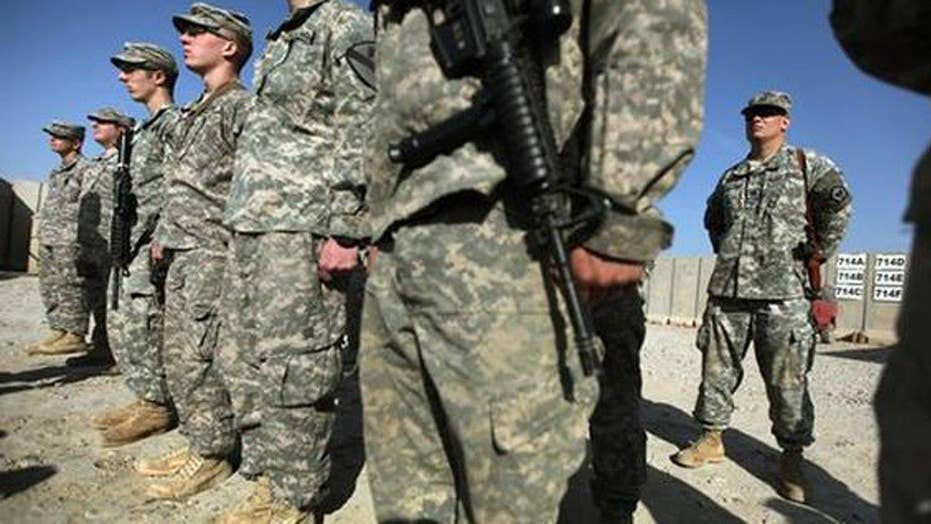 The Pentagon is seeking to send another 500 U.S. troops to Iraq, in addition to the 400 that arrived over the Labor Day weekend, two military officials tell Fox News – a development that comes amid a new wave of attacks.

The Pentagon in July first received approval to raise the troop number in  Iraq to 4,647, from a previous authorization of 3,870 in January.

If President Obama signs off on the military’s plan for more troops, the number would rise above 5,000. There are other U.S. troops inside Iraq that the Pentagon claims are on “temporary” assignments, though some of these deployments last up to one year in country. Counting these troops, the new forces going to Iraq will push the unofficial number of American forces on the ground in Iraq to over 6,000 troops.

The new U.S. troops in Iraq will remain in an “advisory” capacity, officials said. But U.S. troops have increasingly found themselves in danger in Iraq.

In addition to a rocket attack suspected of containing a “mustard agent” earlier this week, nearly 500 U.S. troops at a base 25 miles south of Mosul have been attacked four times in the past week in conventional rocket attacks, Fox News is told.

An official with knowledge of one of the attacks said one rocket landed “real close” to U.S. troops.

“There is a real danger” U.S. troops face in Iraq right now, the official said.

Officials said the planned deployment of 500 additional troops would not be going to Qayyarah Airfield, the base 25 miles south of Mosul, but elsewhere in the country as the U.S. military ramps up efforts to support Iraqi forces in a ground assault on Mosul expected to kick off in the next few weeks.

A senior defense official confirmed to Fox News that Iraqi forces had successfully made it to the center of Shirqat, a key supply hub for ISIS forces 60 miles south of Mosul.