The Pentagon is slated to request several thousand more U.S. troops be deployed to the Middle East amid escalating tensions with Iran, a senior U.S. defense official told Fox News on Wednesday.

No decision has been made, and it was not clear if the White House would give its blessing. The deployment could also include Patriot missile batteries and naval ships.

Tensions between Washington and Tehran came to a head after President Trump ordered warships and bombers to the Middle East earlier this month to counter unspecified threats to U.S. interests. In addition, all non-essential U.S. staff at the U.S. Embassy and Consulate in Iraq were ordered to leave following a surprise visit by Secretary of State Mike Pompeo.

Acting Defense Secretary Patrick Shanahan, left, and Secretary of State Mike Pompeo speak to members of the media after a classified briefing for members of Congress on Iran, Tuesday, May 21, 2019, on Capitol Hill in Washington. (AP Photo/Patrick Semansky)

“You’ve all seen the reports that there have been escalating — information that indicates Iran is escalating their activity," Pompeo said during his flight to Baghdad in early May. "I wanted to go to Baghdad to speak with the leadership there, to assure them that we stood ready to continue to ensure that Iraq is a sovereign, independent nation.” 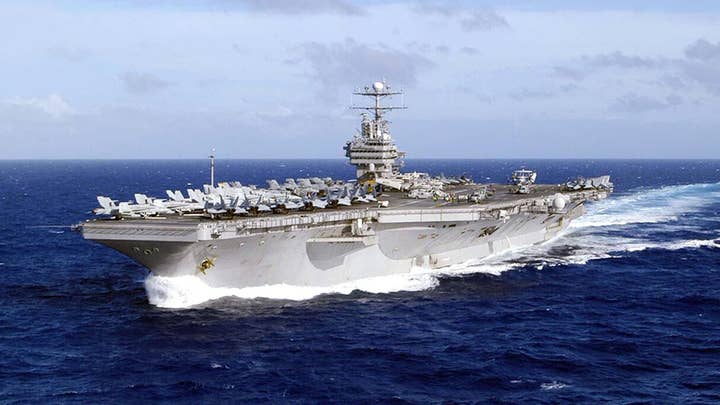 Pompeo told Iraqi officials that the U.S. had been gathering intelligence that Iran is threatening American interests in the region.

Trump administration officials on Tuesday briefed Congress about the tensions with Iran, saying they were focused on trying to deter attacks and avoid a war. 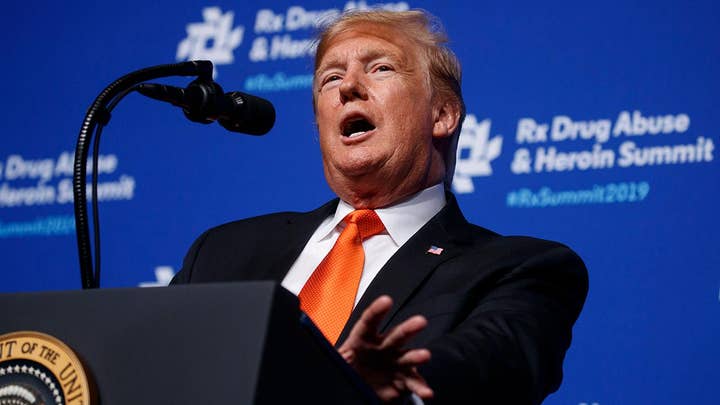 “Our biggest focus at this point is to prevent Iranian miscalculation,” Acting Defense Secretary Parick Shanahan told reporters after the briefing. “We do not want the situation to escalate. This is about deterrence, not about war.”

Trump on Monday called Iran the "No. 1 provocateur of terror” and threatened to meet provocations with “great force."

He also said he was willing to negotiate.

“We’ll see what happens,” Trump told reporters as he left the White House for a campaign rally. He said Iran has been “very hostile.”