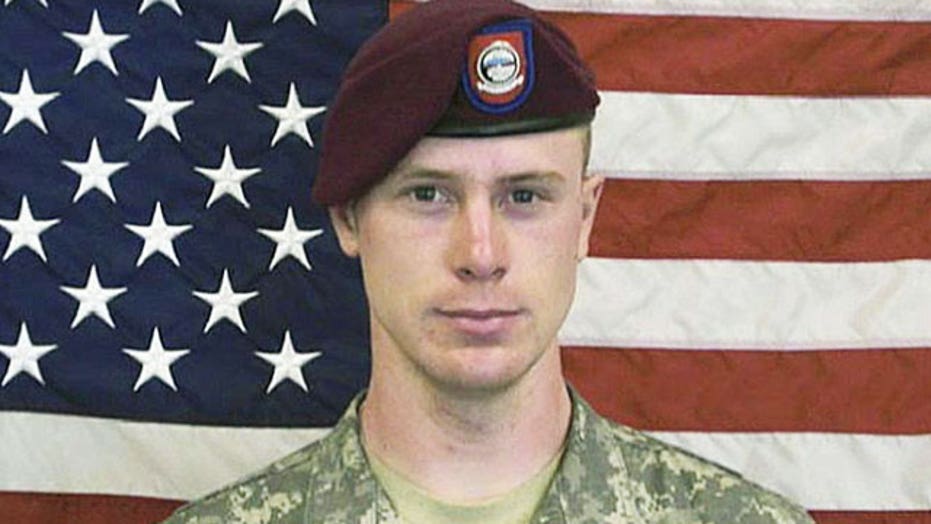 Was Bergdahl a deserter and collaborator?

A Pentagon investigation in 2010 concluded that Sgt. Bowe Bergdahl walked away from his unit prior to his capture by the Taliban the year before, a finding that led the military to curb any high-risk rescue plans, the Associated Press reported Tuesday.

A former Pentagon official told the AP that the evidence presented in the investigation was "incontrovertible" that Bergdahl had left the unit when he disappeared on June 30, 2009.

The military investigation was broader than a criminal inquiry, this official said, and it didn't formally accuse Bergdahl of desertion. In interviews as part of the probe, members of his unit portrayed him as a naive, "delusional" person who thought he could help the Afghan people by leaving his Army post, said the official, who was present for the interviews.

Nabi Jan Mhullhakhil, the provincial police chief of Paktika province in Afghanistan, where Bergdahl was stationed with his unit, said elders in the area told him that Bergdahl "came out from the U.S. base ... without a gun and was outside the base when he was arrested by the Taliban."

After weeks of intensive searching, the military decided against making an extraordinary effort to rescue Bergdahl, especially after it became clear he was being held in Pakistan under the supervision of the Haqqani network, a Taliban ally with links to Pakistani's intelligence service.

However, the U.S. government kept tabs on Bergdahl's whereabouts using spies, drones and satellites, even as it pursued off-and-on negotiations to get him back over the five years of captivity that ended on Saturday.

A U.S. defense official familiar with efforts to free Bergdahl told AP the U.S. government had been working in recent months to split the Taliban network. Different U.S. agencies had floated several offers to the militants, and the Taliban leadership feared that underlings might cut a quick deal while they were working to free five high-level members of the Taliban from the U.S. prison in Guantanamo Bay, Cuba, and sent to Qatar, where they must remain for a year before returning to Afghanistan.

One current and one former U.S. official said Obama had signed off on a possible prisoner swap. The president spoke to the Qatari emir last Tuesday, and they gave each other assurances about the proposed transfers.

A former administration official told AP that the idea of a prisoner swap for had evolved since early 2011. The official said that the exchange was one measure designed to facilitate direct peace talks between the Afghan government and the Taliban.

Republicans in Congress criticized the agreement and complained about not having been consulted, citing a law that requires Congress to be given 30 days notice before a prisoner is released from Guantanamo.

Republicans on the House Armed Services Committee said the Pentagon notified the panel by phone on Saturday that the exchange was occurring in the next five hours.

"A phone call does not meet the legal standard of congressional notification," the Republican members said in a statement and added that official notice of the move came Monday, "more than 72 hours after the detainees were released."

Republicans also argued that the swap could set a dangerous precedent.

"The five terrorists released were the hardest of the hard-core," said Sen. Lindsey Graham, R-S.C. "I fear President Obama's decision will inevitably lead to more Americans being kidnapped and held hostage throughout the world."

Sen. Marco Rubio, R-Fla., who was campaigning Monday for U.S. Senate candidate Joni Ernst in suburban Des Moines, said the hostage exchange was evidence of what he called a weak and dangerous Obama foreign policy.

"We have released five very dangerous individuals who eventually will find their way back into the battlefield," Rubio told reporters, referring to the swap as setting a price on for American soldiers. "I think it sets a very dangerous precedent."

The swap was also criticized by the Afghan Foreign Ministry in Kabul Monday, who issued a statement saying in part, "No state can transfer another country's citizen to a third country and put restriction on their freedom."