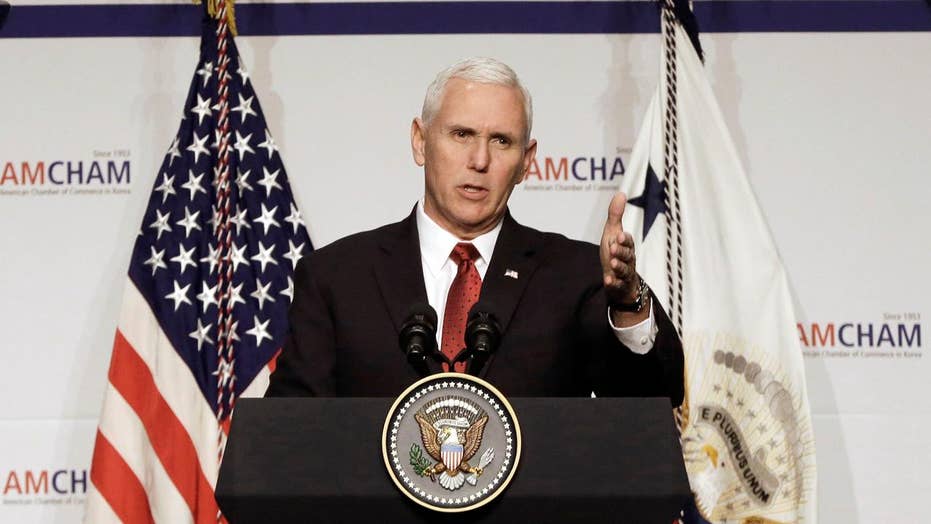 The Pentagon announced Monday it will begin a new review of its nuclear posture at the direction of President Trump, amid rising tensions on the Korean Peninsula over Pyongyang’s missile firings and potentially a sixth nuclear test.

The U.S. military has roughly 450 long-range nuclear missiles in underground silos at various bases in the Midwest. It also maintains a fleet of ballistic missile submarines as well as long range B-2 and B-52 bombers also capable of launching nuclear weapons. Smaller nuclear weapons can be carried by U.S. Air Force fighter jets.

According to the latest Pentagon statement, “Secretary Mattis directed the commencement of the review, which will be led by the deputy secretary of defense and the vice chairman of the Joint Chiefs of Staff, and include interagency partners. The process will culminate in a final report to the president by the end of the year."

The Pentagon’s posture review comes two days after North Korea failed to launch a new type of ballistic missile, which exploded four seconds after launch. U.S. officials told Fox News the North Korean missile was a KN-17, a new type of Scud, which could be used to target ships similar to the one launched earlier this month days before Chinese President Xi Jinping visited Trump at his Mar-a-Lago club in Palm Beach.

“The only way a Scud gets a new designation is if it is substantially different,” said Jeffrey Lewis, a scholar at the Middlebury Institute of International Studies at Monterey.

The KN-17 is a single-stage, liquid-fueled missile -- not the three-stage, solid-fuel missile that North Korea successfully tested back in February, which caused more concern among Pentagon officials.

The latest failed test over the weekend occurred hours before Vice President Pence touched down in Seoul. On Monday, he visited the Demilitarized Zone on the border between North and South and warned the rogue communist regime against conducting further tests.

Aside from the rumblings out of North Korea, Russia recently deployed a ground-based, nuclear-capable cruise missile in violation of a decades-long arms treaty between Washington and Moscow, drawing condemnation from Capitol Hill lawmakers. The 1987 Intermediate-Range Nuclear Forces (INF) Treaty between the United States and the then-Soviet Union required complete “destruction” of ballistic and cruise missiles with ranges between 310 and 3,418 miles and support equipment by 1990.

“You know we can't talk about secret intelligence and things that might have been done, covert operations that might have happened. So, I really have no comment on that, and nor should I,” McFarland said.

The USS Carl Vinson strike group remains off the coast of Australia and will not begin the voyage north for another couple of days following a training exercise, according to officials.

Vinson will arrive in the Sea of Japan around April 24, officials tell Fox.