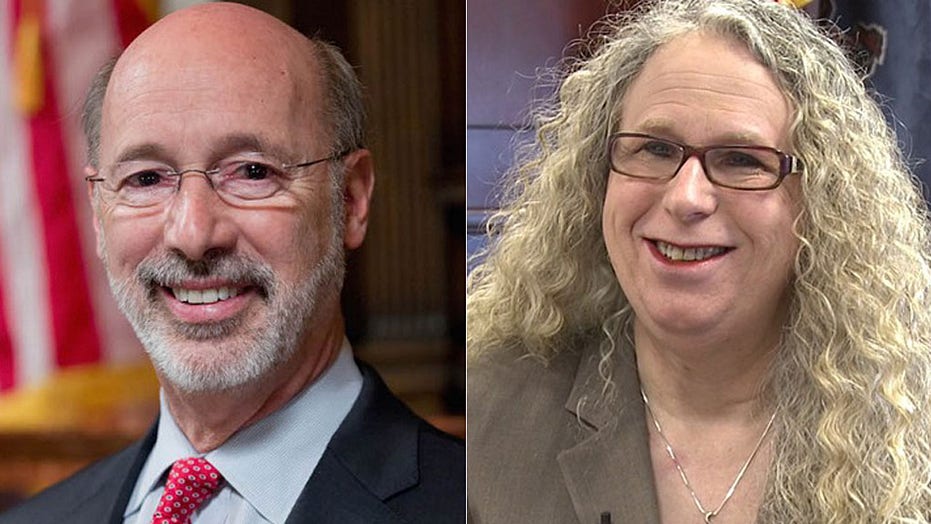 The Pennsylvania Department of Health Wednesday morning sued a company putting on a massive car show in Carlisle, Pa., despite the state's coronavirus restrictions, even as officials like Gov. Tom Wolf encouraged huge protests in the wake of the death of George Floyd.

The show, called Spring Carlisle, calls itself "one of the largest automotive flea markets in the world and one of the best opportunities to get your hands on all things automotive." Organizers of the event, which began Wednesday morning despite the suit and is set to run into the weekend, are asking attendees to wear face masks and social distance and are providing "sanitation stations" for disinfecting and washing hands.

But the show, in asking for a waiver excepting it to state regulations earlier this month, said it anticipated a crowd of about 100,000 at the automotive bonanza — something state Health Secretary Rachel Levine found unacceptable, given the 250-person cap on gatherings in the state, even for counties in the "green" reopening phase.

Pennsylvania Health Secretary Rachel Levine is behind a lawsuit to stop a car show in Pennsylvania over coronavirus crowd concerns despite the state's general acceptance of crowded protests in recent weeks, which Gov. Tom Wolf even participated in. (Official)

"[T]he large number of persons who typically attend, the wide variety of locations from which they travel, and the fact that they will congregate in hotels and restaurants through the area creates a strong potential for the spread of infection," a letter from Levine to the event organizers included with the injunction request read. "[Y]ou should know that the disease Prevention and Control Law provides for criminal and civil penalties for violations of these orders."

Fox 43 reported that the event, which had previously been rescheduled due to the pandemic, was going on despite the order, and that a spokesperson for Carlisle Events declined to comment pending discussions with the company's lawyers. The event happening went directly against what the state had asked for in its early-morning court filing.

"When individuals choose to ignore those safeguards –­ such as by holding an event anticipating 100,000 attendees –­ they put the lives of Pennsylvanians at risk and threaten to reverse the significant progress that has been made to resolve this crisis," the suit said. "That dangerous conduct must be stopped before it can occur."

The move by the state attempting to shut down the primarily outdoors auto festival comes less than two weeks after thousands gathered in Philadelphia to protest racial injustice in the wake of George Floyd's death while in the custody of the Minneapolis Police Department.

The incident, which was caught on video, led to second-degree murder charges against the officer who used his knee to pin Floyd to the ground by his neck, but also to massive protests nationwide, which were largely encouraged by government officials who weeks earlier had strongly discouraged protests against coronavirus lockdown orders.

Wolf himself participated in one march in Harrisburg, Pa., on June 3.

"I’m at today’s March Against Injustice and Gun Violence 2020 in Harrisburg in solidarity with our community," he tweeted. "Black lives matter. Racism must end. I am here to listen."

The Department of Health suit against Spring Carlisle cites Levine's May 27 order, which prohibits gatherings like the Philadelphia and Harrisburg protests, and the Spring Carlisle event.

"Any gathering for a planned or spontaneous event of greater than 250 individuals is prohibited," it reads. "This includes, but is not limited to, a concert, fair, festival, conference, sporting event, movie showing, or theater performance."

But the state senator who represents the area where the event is being held said the state executive branch was acting hypocritically.

"The lack of clear and consistent guidance for employers and residents as we move through the Governor’s reopening process has led to frustration and anger,” Sen. Mike Regan, a Republican, said. “Common sense would suggest that – like outdoor recreation – outdoor sales and other events should be held to a different safety standard. The Governor sent a clear message about the ability to ignore his orders and safety precautions when he marched through the streets of Harrisburg. Instead of working with an employer to further implement precautions and allow for this event to move forward in a county that is in the ‘green phase,’ the Wolf administration instead turns to the court to shut this employer down."

Last week the Pennsylvania Senate Republicans sued Wolf over his refusal to issue an executive order to end the state's coronavirus emergency, a move they say the governor must make after the state's General Assembly passed a resolution to that effect a day earlier.

But Wolf and Pennsylvania Democrats have argued the Republicans are misreading the state law, and said that not only is the governor not compelled to lift the emergency order –­ which he has not done –­ but even if the order was lifted, Levine's health regulations would remain in place, contrary to Republican claims.

Oral arguments in that case have been set for June 29.

Pennsylvania Senate Majority Leader Jake Corman, when the resolution was passed last Tuesday, said the state's restrictions need to be lifted to people can have the choice to participate in public life or not, depending on their willingness to risk coronavirus infection.