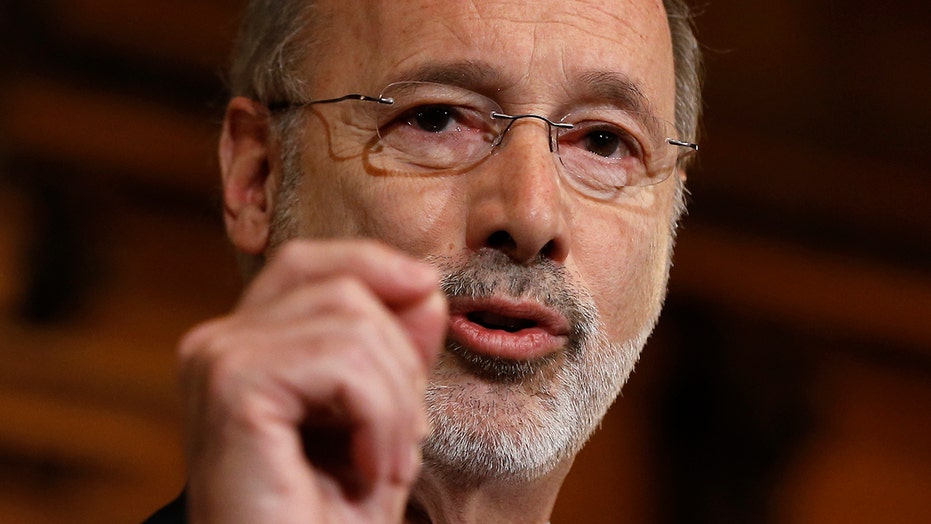 Former Arkansas Governor (R) and Fox News contributor Mike Huckabee discusses Florida's handling of coronavirus as cases continue to climb since its reopening in May.

Pennsylvania Senate Republicans are suing Democrat Gov. Tom Wolf over his refusal to issue an executive order to end the state's coronavirus emergency, a move they say the governor must make after the state's General Assembly passed a resolution to that effect late Tuesday.

The lawsuit, filed Wednesday afternoon, seeks a judgment "against Governor Wolf commanding him to issue an executive order or proclamation ending the state of disaster emergency related to COVID-19." The resolution in question was passed through the Pennsylvania House and Senate, which are both controlled by Republicans.

But Wolf cites a provision in the Pennsylvania constitution which reads: "Every order, resolution or vote ... shall be presented to the Governor and before it shall take effect be approved by him, or being disapproved, shall be repassed by two-thirds of both Houses according to the rules and limitations prescribed in case of a bill."

Matthew Haverstick, the Senate Republicans' lawyer, told Fox News that the suit is aimed at restoring constitutional order in the state.

"The purpose here isn't to ignore COVID-19, but a governor is not a king and a governor is supposed to work with the state legislature to find solutions to policy problems," he said. "Unfortunately in Pennsylvania, if the governor is not going do that we have to take him to court to make him obey the Constitution."

The suit seeks a "writ of mandamus" which is a court order requiring that a government official carries out a ministerial duty -- an obligation in which the officeholder has no discretion.

But Wolf's office said in a press release earlier in the day that the Republicans are mistaken.

"Last night, the General Assembly voted to end the disaster declaration with many members claiming their actions ended the business guideline orders. That is not true," a press release read, saying that the resolution must be approved or disapproved by the governor. "Those orders remain in place. The legislature did nothing to end those."

Pennsylvania Senate Majority Leader Jake Corman told Fox News that his caucus filed the suit so soon after passing the resolution because Wolf said Wednesday that he would not comply with the resolution.

"We filed it right away after he made clear at his press conference that he was not going to end the declaration," Corman said.

He added: "No one individual should be controlling the lives of all the individuals in the commonwealth as far as telling them what they can and cannot do... the governor is suspending our civil liberties." 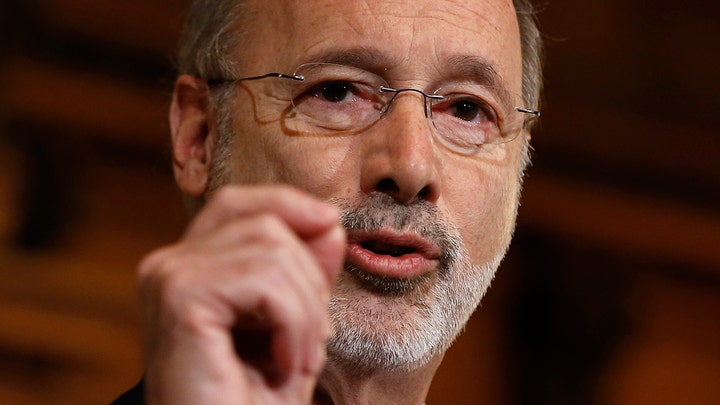 FAUCI: 'NIGHTMARE' CORONAVIRUS PANDEMIC IS FAR FROM OVER

Pennsylvania, like most states, has begun lifting its most onerous coronavirus restrictions. Restaurants are opening back up and most Pennsylvania counties are in the "green" or "yellow" stages of Wolf's phased reopening plan, which aims to get the state back to a "new normal" without a bounceback in coronavirus infections.

But Corman said keeping the disaster declaration and the restrictions in place at this stage is not a reasonable stance.

"You can't make an argument that there's an emergency," he said. "Our hospitals are empty. There's plenty of PPE. The virus is not nearly as contagious as thought."

He called the phased reopening "not necessary" and "not acceptable."

Further confusing matters, Democratic Sen. Jay Costa said on the Senate floor Tuesday that the measure would not affect the state's coronavirus restrictions no matter if it ended the disaster declaration.

"If it passes, and whether you believe the governor has no input on it or the governor does something with or does nothing and let it become law, it doesn't impact the order that was executed by [Pennsylvania Health] Secretary Rachel Levine under her authority. That is where the closures come in," Costa said. "More importantly, the emergency declaration is not a precedent to her being able to make sure that she can do the order."

"Not only does any concurrent resolution need to come to the Governor for approval or disapproval, but the disaster declaration is separate from the orders signed by Secretary of Health Dr. Rachel Levine under the Disease Prevention Act that include provisions for business reopening and for worker and building safety," it said in a release.

Meanwhile, Democrats in the Pennsylvania legislature railed against Republicans, saying that the action to terminate the emergency declaration could have the effect of foreclosing federal assistance to citizens of the commonwealth. Wolf has issued similar warnings.

"#PAHouse Republicans unanimously vote to take $1.5 billion in federal #COVID19 aid out of PA and give it to other states, remove National Guard help from our nursing homes & food banks, and make it harder for essential workers to get protective gear," the Pennsylvania House Democrats tweeted Tuesday night.

But Corman called that argument a "red herring."

"All the money that we received already we keep," he said. "If we do another stimulus package, there was nothing in the Pelosi bill that will forbid us from having stimulus dollars."

Corman also said that if Wolf wants to declare another disaster emergency for the purpose of getting federal dollars, he can, but this suit "is about what people can and cannot do."

Haverstick said that he hopes the litigation will be in court as soon as next week.