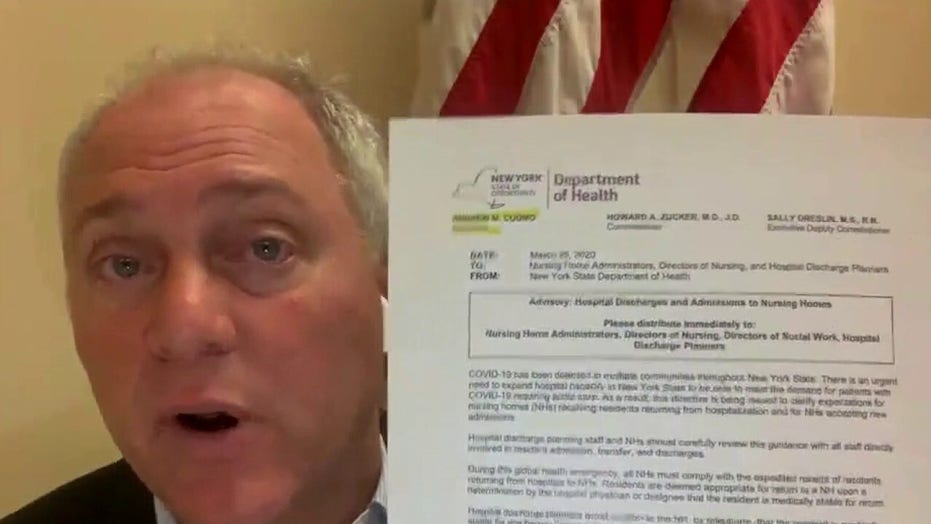 House Minority Whip Steve Scalise, R-La., is demanding answers from Democratic governors in five states who he said went “a dangerous and a deadly direction” by ignoring protocols and forcing  COVID-19 patients into nursing homes.

Scalise sent a letter to five governors asking them to explain why they ignored protocols. He told “Fox & Friends” on Wednesday that five states “for whatever reason” chose to contradict The Centers for Medicare & Medicaid Services (CMS) guidelines for long-term care facilities or nursing homes, which he said “ended up killing thousands of nursing homes patients unnecessarily.”

Scalise made the comments as the U.S. death toll from the novel coronavirus in nursing homes and other long-term-care facilities has topped 50,000, The Wall Street Journal reported, citing state data.

The coronavirus is much more dangerous for older people than it is for the young and healthy, a fact that was underscored by the blowback New York Democratic Gov. Andrew Cuomo received after it was revealed he issued a directive requiring nursing homes to admit COVID-19 patients before eventually reversing course.

“We're still trying to get more information, but 40 percent of all the nursing homes deaths in America came down to five states who violated and contradicted the CMS guidelines that were out, that were very clear, that told states how to properly handle nursing home patients who were COVID positive,” Scalise said. 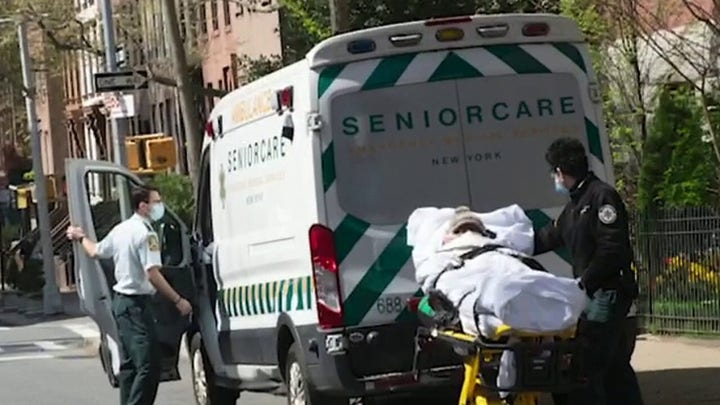 He emphasized that “most of those states, 45 of those states followed the guidelines, Republican and Democrat governors alike, but five states, for whatever reason, chose to go a different direction.”

He noted that questions he wants answered include: “Why did they give those orders? Why did they go against the safety guidelines that were issued from CMS? And why won't they give us all the disclosure of the patient information that they were giving and then all of a sudden when we started discovering this they clammed up and they’re not letting the public see what these numbers really are?”

He pointed out that five states, including New York, “decided they’re going to do their own thing and they forced the nursing homes to take back the patient” after they tested positive for COVID-19.

Scalise noted that Cuomo “prohibited the nursing homes from even testing COVID-positive patients.”

“He said, ‘You can't even test them, you have to take them back even if you don't have the ability to isolate them’ and this turned out to be a death sentence for thousands of seniors in each of these states’ nursing homes,” Scalise said. “It was heartbreaking to see it happen.”

He went on to say that he asked “the governors to come testify and explain why they did this and also to give us the data that they have,” which he said “they just stopped reporting” to the public. 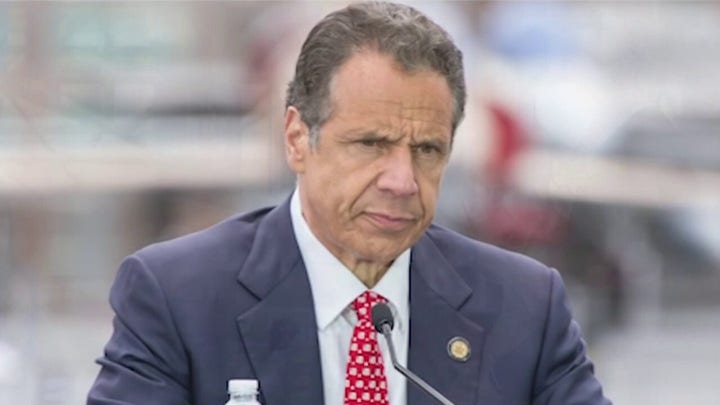 Cuomo has defended his directive as in line with guidance from the Trump administration and noted that other states did the same thing. But Scalise pointed out that the Trump administration changed its guidance in mid-March to caution against sending coronavirus patients to nursing homes "not prepared" to handle the disease. New York's policy remained in place until May 10.

Cuomo's defense is not stopping Scalise from putting Democratic governors whose decision-making might have contributed to preventable deaths in their states on the hot seat -- he also mentioned Democrat-led Pennsylvania, Michigan and California in his remarks in a briefing for the House Select Subcommittee on the Coronavirus Crisis last week.