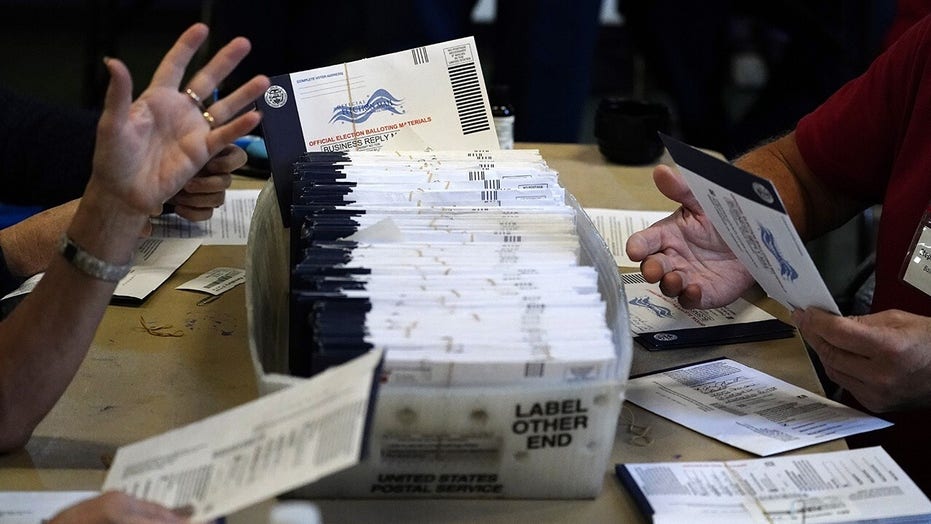 Two attorneys representing the Trump campaign's legal battle in Pennsylvania have pulled out of a federal lawsuit filed on behalf of the campaign.

"Plaintiffs and Porter Wright have reached a mutual agreement that plaintiffs will be best served if Porter Wright withdraws," the motion reads. "Plaintiffs are in the process of retaining and causing other counsel to enter an appearance herein."

The news comes three days after The Lincoln Project, an anti-Trump super PAC that was founded in 2019 by an outspoken group of "Never Trump" Republicans, posted McGee's and Hicks' contact information to their 2.7 million Twitter followers with the message, "Make them famous," along with an emoji depicting a skull and crossbones.

The Lincoln Project also instructed Twitter users to create a LinkedIn account for the sole purpose of messaging employees at Porter Wright and Jones Day, another firm representing the Trump campaign in Pennsylvania, to "ask them how they can work for an organization trying to overturn the will of the American people." The account then posted screenshots of messages from users who followed the instructions.

"Cancel Culture has finally reached the courtroom," Trump campaign Communications Director Tim Murtaugh said in a statement to the New York Times. "Leftist mobs descended upon some of the lawyers representing the president’s campaign and they buckled."

Neither the Trump campaign nor McGee or Hicks immediately responded to inquiries from Fox News.

Porter Wright spokeswoman Melanie Farkas told the Times on Friday that the firm will work "to ensure transition to substitute counsel, and so as not to cause material adverse effect on the client’s interest."

The Times previously reported that Porter Wright was facing internal tension as a result of the Ohio-based firm's decision to represent the Trump campaign. Porter Wright has filed a number of complaints on behalf of the campaign in Pennsylvania, according to the outlet.

A Pennsylvania District Court will be hearing an oral argument regarding the lawsuit next Thursday.