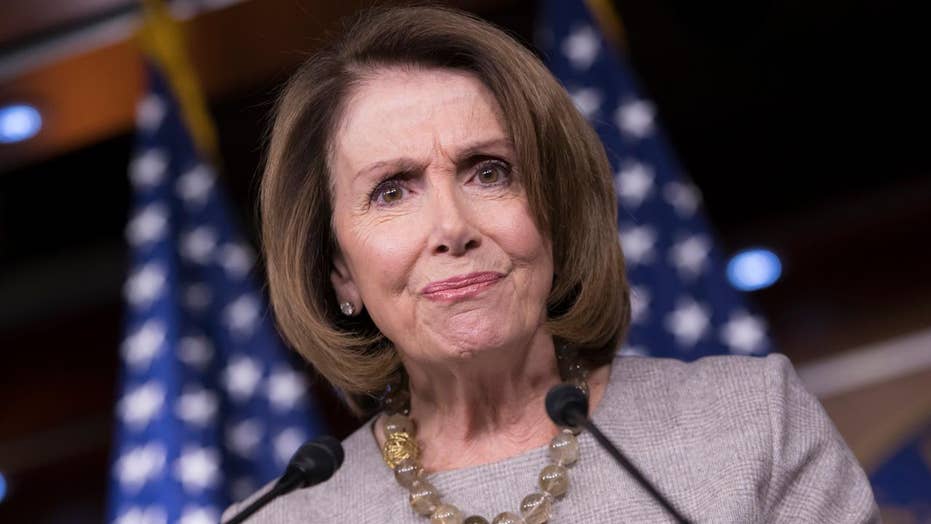 A ribbon of darkness is about to cast its shadow: The path of totality.

We’re not talking about talking about Monday’s solar eclipse. The path of totality we’re discussing about is the specter of congressional resolutions to censure or even impeach President Trump.

Congress has a lot to deal with: North Korea, government funding, raising the debt limit, health care, tax reform, supposedly infrastructure. But the U.S. Capitol is soon to find itself directly in the path of totality when it comes to the president’s remarks about white supremacists and Charlottesville.

The issue will likely monopolize Capitol Hill as the events of last weekend cloak Congress in a long, dark shadow.

It’s one thing for Democratic Reps. Jerold Nadler of New York,  Bonnie Watson Coleman of New Jersey, and Pramila Jayapal of Washington, to draw up a resolution to censure Trump over his comments.

It’s an altogether different enterprise when House Minority Leader Nancy Pelosi, D-Calif., pitches her full support behind the effort to sanction the president.

“Every day, the president gives us further evidence of why a censure is necessary,” Pelosi said. “It becomes clearer that the Republican Congress must declare whether it stands for our sacred American values or with the President who embraces white nationalism.”

Pelosi’s maneuver may appear like a political power play to publicly shame Trump for how he handled Charlottesville, in part saying “both sides” were to blames for the clashes between protesters and counter-protesters that ended in the death of a 32-year-old woman.

But this goes deeper. There’s essentially zero support for the president among congressional Democrats. That’s ironic considering how his populist, non-politically-correct campaign rhetoric resonated with voters in 2016 on Democratic turf in Ohio, Pennsylvania, Michigan and Wisconsin.

Trump’s stance on trade policy may have resonated with protectionists like Sen. Sherrod Brown and Rep. Marcy Kaptur, both Ohio Democrats. But Trump has collected essentially no support from Democrats on any major policy issue since taking office.

The water was poisoned before. It quickly grew toxic. It’s now radioactive. Democrats certainly won’t associate themselves or embrace Trump on anything now.

Charlottesville dashed those chances. And we haven’t even gotten to the Republicans and their relationship with the president yet.

Pelosi and many Democrats will endorse an effort to chasten Trump on moral grounds. They’ll argue the his words were reprehensible and beneath the dignity of the office.

However, the censure maneuver will quickly blend with two other things: a September 29 deadline to hike the debt ceiling and the October 1 deadline to avoid a government shutdown.

You thought that September was going to be messy before on Capitol Hill? Charlottesville geometrically enhanced its complexity by a factor of ten.

Here’s the problem: The GOP controls the House and Senate. But congressional Republicans historically have struggled to “govern.”

The House approved a health care bill; the Senate stumbled. Congressional Republican leaders consistently leaned on Democrats to do the basics: Fund the government and lift the debt ceiling. The reason? Republicans can’t produce the votes on their end. A double catastrophe of epic proportion.

Democrats on both chambers of the Capitol knew the straits in which Republicans found themselves before on funding the government and the debt ceiling.

Charlottesville only strengthens the Democrats’ hand.

Expect Democrats to insist that Republicans consider some resolution to rebuke Trump in exchange for their votes to avoid a government shutdown and lift the debt limit.

Democrats hold all of the face cards in this game. Republicans know they risk a public relations or perhaps electoral disaster if they don’t tread gingerly with the censure resolution. Some won’t want to censure Trump.

But others know just how bad it will look for the party if Republican leaders don’t at least produce some tepid measure to admonish the president. Many Republicans will at least demand a fig leaf behind which to hide.

Democrats will be happy to pry such a resolution out of Republicans. That kind of measure would put GOP members on the record with a vote to reprimand Trump. And you can only imagine the rapturous joy emanating from Democrats if they document Republicans from battleground states or districts who aren’t willing to rebuff Trump.

One can only imagine the convulsion of fire and fury discharged from the White House at Republican lawmakers who cross the president.

Navigating these choppy political waters is challenging for Republican leaders. Some will already find themselves at a deficiency with rank-and-file members for not drafting a legitimate government-spending or debt-ceiling plan that reduces the federal deficit. Funding for the border wall? Well, that’s a problem, too.

If Republicans get crafty, they could author a plan that ties a potential presidential rebuke to money for the border wall. Such a scenario could turn the tables on Democrats. But Trump must be willing to accept some punishment in exchange for the wall money.

Censure is a vague and rare form of discipline that Congress occasionally dishes out for the chief executive. The Constitution only refers to impeachment and conviction when it comes to congressional authority over the president, cabinet officials or federal judges.

Censure is one of three official modes of punishment the House uses to chastise its own members for misdeeds.

Censure is the second most-severe, between reprimand and expulsion. In 2010, the House voted to censure former Rep. Charlie Rangel, D-N.Y., for ethics transgressions.

Congress has voted to censure three presidents -- but it’s been a while.

The Senate voted 26-20 to censure President Andrew Jackson in 1834. Jackson vetoed a bill to dismantle the official government bank. Senators demanded documents related to Jackson’s veto. Jackson refused to comply with the congressional demand. So the Senate voted to censure him.

The Senate then expunged Jackson’s censure in 1837. Following the expungement, Kentucky Sen. Henry Clay then declared that “the Senate is no longer a place for any decent man.”

The House censured President John Tyler in 1842 after he vetoed a number of bills approved by Congress increasing tariffs.

Lawmakers produced a litany of resolutions to censure President Richard Nixon in 1973 and 1974. Some Democrats floated the idea of censuring President Clinton in 1998 rather than impeaching him.

So one path of totality will avoid the nation’s capital on Monday. But a longer, more serious one is about to blacken Capitol Hill as Congress braces to return to Washington in September. Big battles like the debt ceiling loomed long ago. But censure’s path of totality could cast a longer shadow in Congress.