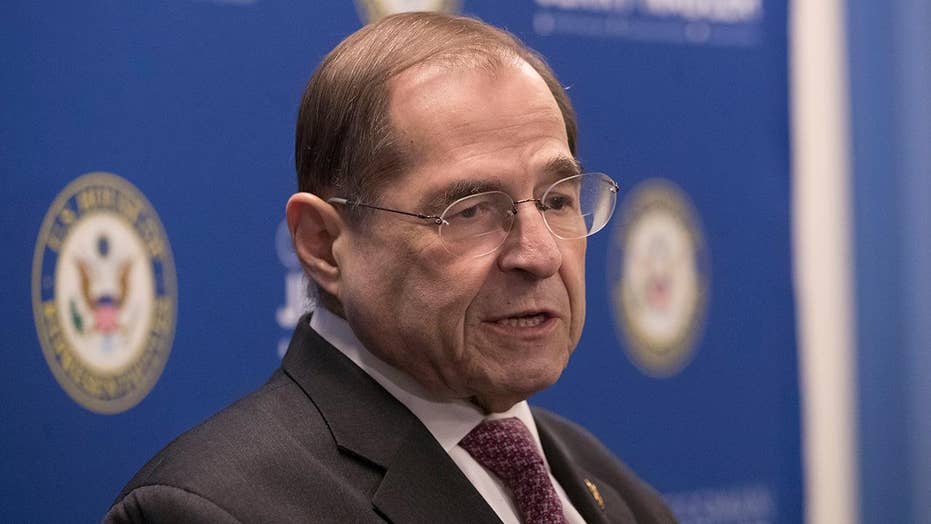 Nadler described McGahn, who stepped down as White House counsel in October 2018, as "a critical witness to many of the alleged instances of obstruction of justice and other misconduct described in the Special Counsel's report."

"The Special Counsel's report, even in redacted form, outlines substantial evidence that President Trump engaged in obstruction and other abuses," Nadler said. "It now falls to Congress to determine for itself the full scope of the misconduct and to decide what steps to take in the exercise of our duties of oversight, legislation and constitutional accountability."

What to know about White House Counsel Don McGahn and why he's making headlines when it comes to Robert Mueller's Russia probe.

Nadler added that he has requested McGhan to appear before the committee on May 21 and has set a May 7 deadline for him to provide documents related to the Mueller investigation. The statement and subpoena came as House Speaker Nancy Pelosi, D-Calif., in a conference call urged rank-and-file Democrats to let the investigative process establish facts before talking up impeachment.

"His [McGahn's] testimony will help shed further light on the President's attacks on the rule of law, and his attempts to cover up those actions by lying to the American people and requesting others do the same," Nadler said.

The committee's ranking member, Rep. Doug Collins, R-Ga., slammed Nadler's move. "For the second time in four days, the chairman has issued a subpoena prematurely and contrary to his pledge not 'to issue a subpoena every time we have a disagreement with the administration.' Don McGahn sat for more than 30 hours of interviews with the special counsel’s investigation, and the chairman has answered that with a stunning 36-item subpoena. Instead of looking at material that Attorney General [William] Barr has already made available, Democrats prefer to demand additional materials they know are subject to constitutional and common-law privileges and cannot be produced."

On Friday, Nadler subpoenaed the Justice Department for the full, unredacted Mueller report. On Sunday, he told NBC's "Meet the Press" that he intended to call McGahn to testify.

A redacted version of the report, which was made public April 18, said that Trump told McGahn in June 2017 to inform Deputy Attorney General Rod Rosenstein that Mueller had to be fired "based on purported conflicts of interest, but McGahn had refused, saying he would quit instead." The report added that Trump and McGahn spoke about the matter on Feb. 6, 2018, days after The New York Times reported on Trump's demand.

According to the report: "The President asked McGahn, 'Did I say the word "fire"?' McGahn responded, 'What you said is, "Call Rod [Rosenstein], tell Rod that Mueller has conflicts and can't be the Special Counsel."' The President responded, 'I never said that.'"

Later in the conversation, according to the report, Trump asked McGahn if he would correct the Times article "and McGhan said no."

The Mueller report's footnotes indicate that investigators interviewed McGahn five times between November 2017 and February of this year.