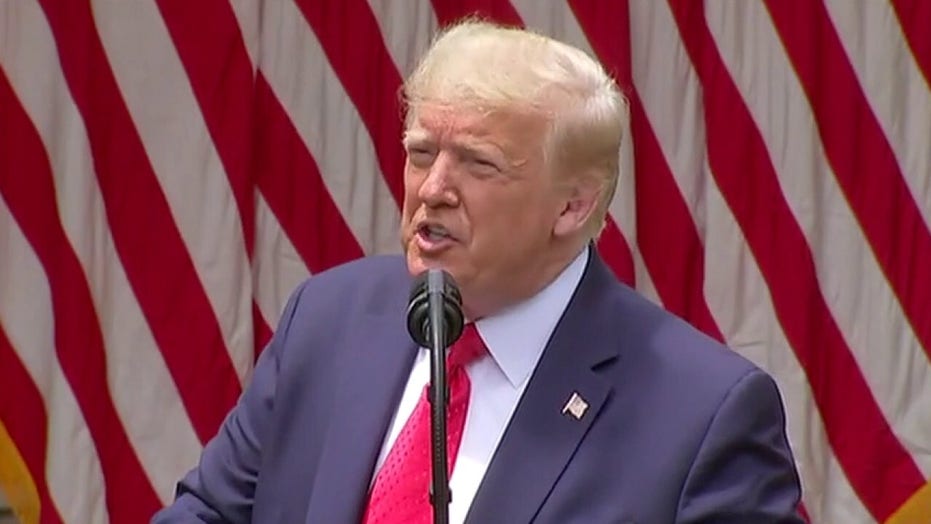 Speaker of the House Nancy Pelosi said that President Trump’s executive order Tuesday falls short of adequately addressing “racial injustice and police brutality” one day after she called a chokehold a lynching.

In an interview with CNN’s Wolf Blitzer, Pelosi was asked if it would be a deal breaker should GOP lawmakers not outright ban chokeholds in their upcoming legislation on police reform.  In response Pelosi said, “I can’t imagine they wouldn’t have a ban on chokeholds, let’s get reasonable.”

“[A] chokehold is a lynching, it’s a strangulation, it’s a lynching,” Pelosi said Monday night.

In an executive order Tuesday, President Trump instructed the Justice Department to grant funds to police departments certified under “credentialing bodies,” which will enforce standards set by the attorney general.

Under the new Executive Order on Safe Policing for Safe Communities, chokeholds are prohibited except in life-threatening situations.

The order also would establish a federal database that can be shared with federal, state, local, tribal and territorial law enforcement agencies so that officers with excessive use of force complaints may be tracked more easily.

“The President's Executive Order lacks meaningful, mandatory accountability measures to end misconduct,” Pelosi said in a statement Tuesday. “During this moment of national anguish, we must insist on bold change, not meekly surrender to the bare minimum.”

The legislation also calls for an outright ban to chokeholds and "no knock" orders.

Pelosi said Monday night they were in “negotiations” with GOP lawmakers working on policing reform legislation.

“As you know in a negotiation, it's not what's in or out, it's the sum total of the different impact that the legislation will have in justice and policing,” Pelosi said when asked about the importance of banning chokeholds.