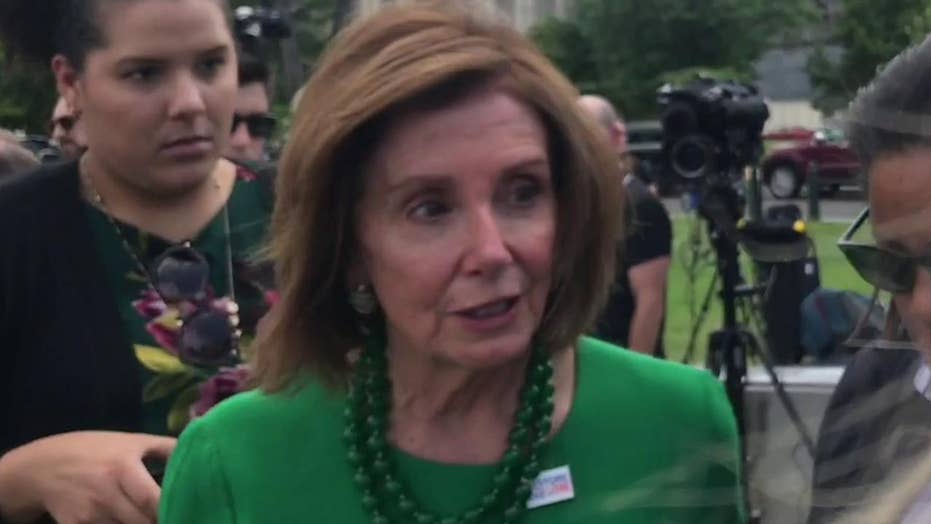 Speaker Nancy Pelosi comments on the situation on the southern border

Raw video: The Speaker of the House takes questions from reporters on Congress’ response to the situation on the border, comments made by Alexandria Ocasio-Cortez.

House Speaker Nancy Pelosi, D-Calif, refused to say this week if she agrees with Rep. Alexandria Ocasio-Cortez's, D-N.Y., comparison of detention facilities at the southern border to Nazi concentration camps.

Ocasio-Cortez faced backlash from within her own party after comparing the processing of illegal immigrants to Jews in concentration camps earlier this month and even drew a video response from two Holocaust survivors who deemed her comments to be ignorant and personally offensive.

Nicholas Ballasy, a Washington D.C.-based video journalist, approached Pelosi Tuesday and asked if she agrees with the freshman's assessment of the border crisis. Pelosi rushed past Ballasy and dodged the question entirely.

"We have a bill on the floor that's going to be -- passing a bill for the children," she replied. "I hope you would focus on that. Thank you."

The bill Pelosi was referring to is a supplemental spending bill that was passed by the Democratic-controlled House on Tuesday night, by a final vote of 230-195. The Senate defeated the bill 55-37 on Thursday.

The bill would allocate $4.5 billion in federal funding to help ease the humanitarian crisis stemming from overcrowding and legal confusion. The bill earmarks funds for additional food supplies, clean water, medical care, and extra protection for unaccompanied children. It would also prevent any of the funding from going to agencies like ICE or DHS.

The GOP controlled Senate passed its own bipartisan immigration bill Wednesday, which also allocates $4.5 billion in federal funding and includes ICE as a beneficiary. The measure by a final vote of 84-8. 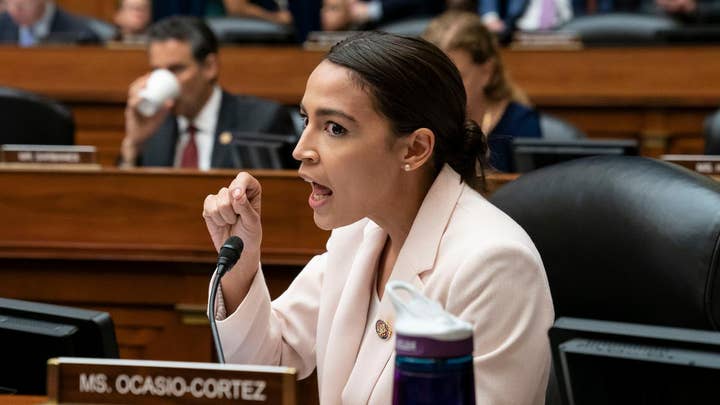 Senate Majority Leader Mitch McConnell called the House version a “go-nowhere proposal filled with poison pill riders which the president has indicated he would veto.”

Another journalist asked Pelosi if the House would consider passing the Republican-backed bill and she said Democrats would be supporting their own measure.

Ballasy followed up with Pelosi and asked how she's handling progressive backlash from within her own ranks. "We have a big, strong vote. I'm very proud of our vote and our members, and the work they did on it," she replied.