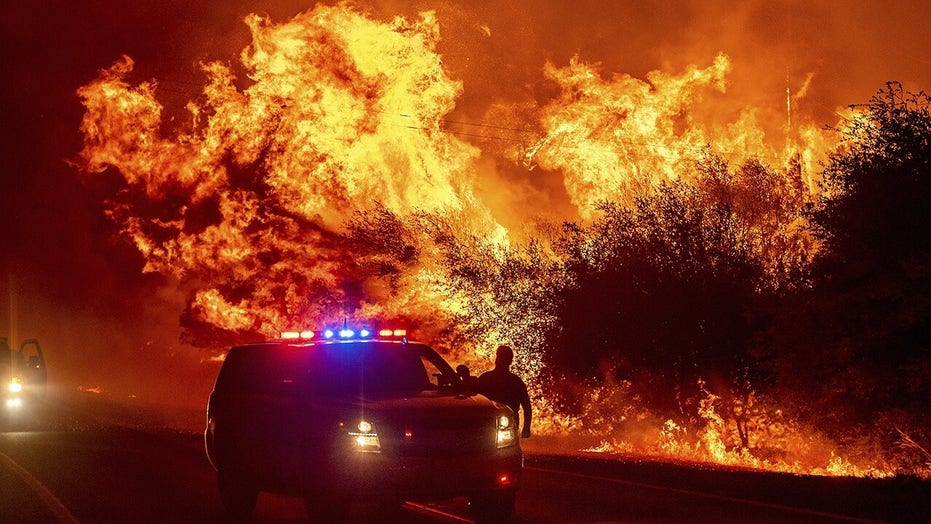 There’s a message in the raging wildfires that have scorched her home state of California as well as neighboring states, according to House Speaker Nancy Pelosi.

“Mother Earth is angry,” the San Francisco Democrat said during an appearance Thursday on MSNBC. “She’s telling us -- whether she’s telling us with hurricanes on the Gulf Coast, fires in the West, whatever it is … that the climate crisis is real and has an impact.”

As Pelosi spoke, the network split the screen, with Pelosi on the right and images on the left showing flames consuming homes and a “Children at Play” sign – as well as the general landscape.

Another image showed the Transamerica Pyramid skyscraper in San Francisco, set amid the eerie orange sky in the Bay Area that has been seen in other photos and videos from the West Coast this week in reports on the fire damage.

The skyline in the distance behind Oracle Park is partially visible with smoke from wildfires late Wednesday afternoon Sept. 9, 2020, in San Francisco. (Associated Press)

“Sixteen people have died in Washington, Oregon and California, including a firefighter and 1-year-old baby,” Pelosi said during the same interview. California’s death toll later rose to 19, The Associated Press reported Friday.

In Northern California, the North Complex fire alone has accounted for at least 10 deaths, with 16 other people unaccounted for, the AP reported.

The blaze was among 29 major wildfires counted in the Golden State, burning an area of more than 4,800 square miles – equivalent to the area of Rhode Island, Delaware and Washington, D.C., combined, the AP reported. 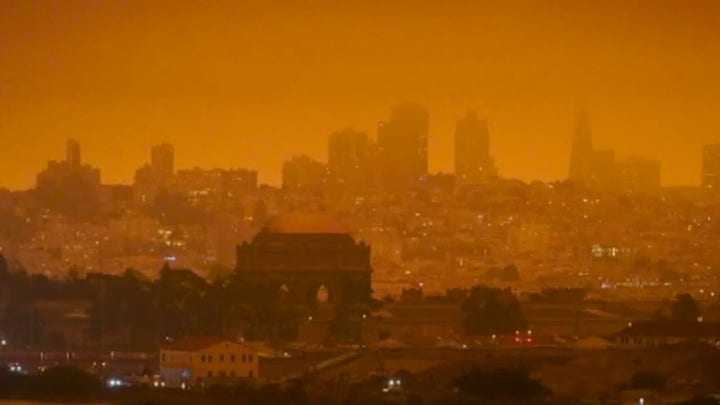 President Trump spoke with California Gov. Gavin Newsom “to express his condolences for the loss of life and reiterate the administration’s full support to help those on the front lines of the fires,” White House spokesman Judd Deere told the AP.

Newsom, a Democrat, has spoken in the past of having a good working relationship with the White House in trying to obtain federal assistance for the state for dealing with wildfires, an annual occurrence that has grown more impactful in recent years.

“I’d be lying to you to say that [Trump] hasn’t been responsive to our needs,” Newsom told CNN’s Jake Tapper in April. “He has. And so, as a question, as a sort of an offer of objectivity, I have to acknowledge that publicly.”

The aid from the president has come despite his assertions in the past that California's wildfires have been sparked, at least in part, by deficiencies in forest management.