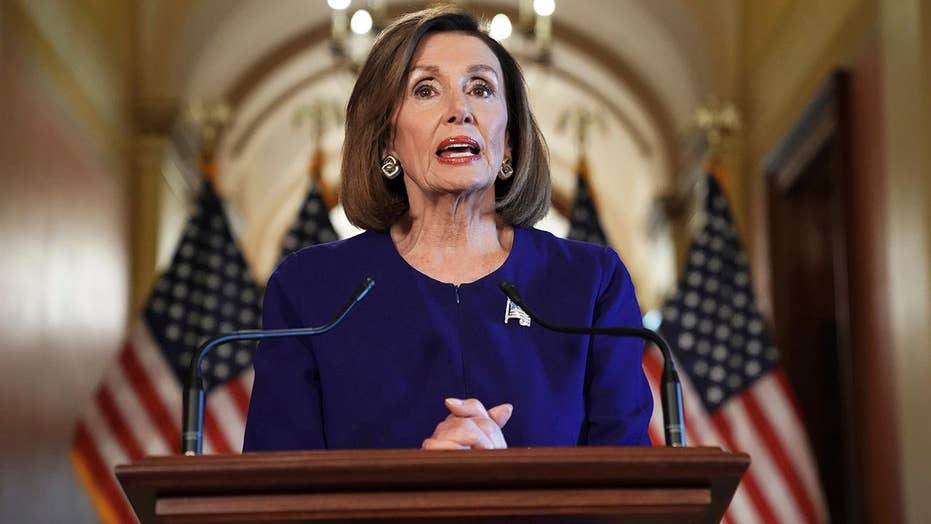 House Speaker Nancy Pelosi, D-Calif., responded Thursday to allegations that the Trump White House sought to limit access to the written record of a now-controversial call between the president and Ukrainian leader Volodymyr Zelensky by calling it “a cover-up” -- suggesting the Democratic caucus will plow ahead with its impeachment inquiry.

Pelosi spoke to reporters after the release of a whistleblower complaint regarding Trump’s July call with Zelensky. The complaint said officials tried to "lock down" records of the call, in which Trump sought Ukraine's help investigating the Biden family.

“This is a cover up,” Pelosi said. “Here we are with another example of the disregard for the Constitution by the president.”

Pelosi added: “When you have a system for electronic storage that is specifically not used and you have something that is politically helpful for the president and you hide it someplace else, that is a cover-up.”

During a separate hearing on Capitol Hill, however, Acting Director of National Intelligence Joseph Maguire cautioned against jumping to conclusions on allegations of a "cover-up" and more, noting the complaint was not based on direct knowledge.

“This is second-hand information from a whistleblower,” Maguire said regarding the “cover-up” claim.

Pelosi’s comments come as the unnamed whistleblower’s complaints were made public, two days after she announced that the House was opening a formal impeachment inquiry over the issue. 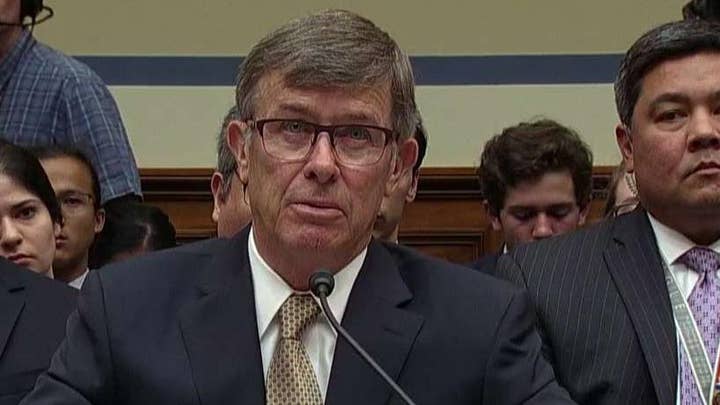 The complaint alleges Trump abused the power of his office to "solicit interference from a foreign country" in next year's U.S. election.

On the call, Trump urged Zelensky to investigate former Vice President Joe Biden and his son Hunter. Joe Biden has acknowledged that, when he was vice president, he successfully pressured Ukraine to fire its top prosecutor, Viktor Shokin, while Shokin was investigating the natural gas firm Burisma Holdings — where Hunter Biden was on the board. Shokin himself had separately been accused of corruption.

Trump has denied doing anything wrong and says the record of the call, which was released publicly on Wednesday, vindicates him of any wrongdoing.

“The president thinks this proves his innocence, which only shows how much he doesn’t understand right from wrong,” Pelosi said. 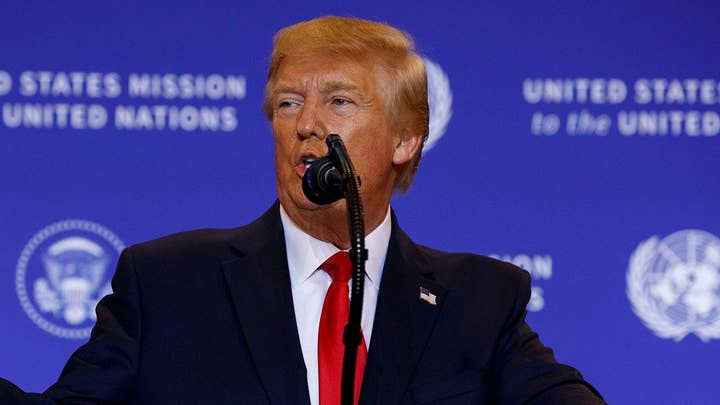 The House speaker has for months brushed off calls from her party’s more liberal members to open impeachment proceedings against Trump, but Thursday she bristled at the assertion that she had changed her mind about going forward.

“We wanted to have a fuller understanding of the facts,” she said. “I didn’t change my mind.”

“The president of the United States and his actions with a telephone call with another head of state betrayed his oath of office,” Pelosi added. “We have to have an inquiry to further the facts.”

As of Wednesday, a majority of House members have publicly supported impeachment proceedings against Trump, with 217 Democrats and independent Rep. Justin Amash all being in favor of opening the inquiry into the president.

One House member not supporting the impeachment push is House Minority Leader Kevin McCarthy, R-Calif., who in his weekly press briefing said that Pelosi opened the inquiry without any evidence against Trump.

"She opened [an] impeachment inquiry without even seeing one word of evidence," he said. "[E]ven her own members questioned that she moved too soon. And when the evidence was released the Democrats, and many of the media, twisted it to what they wanted to believe."

Before the recent scandal involving the phone call with the Ukrainian president, numerous Democrats had pushed impeachment proceedings or even outright impeachment – mostly over the results of former Special Counsel Robert Mueller's investigation into Trump campaign links to Russia and whether Trump attempted to obstruct the probe.

That probe did not reach a conclusion on the obstruction issue and did not find evidence of collusion. Pelosi’s statement earlier in the week marks the first time Democratic Party leadership has gotten behind the impeachment effort.