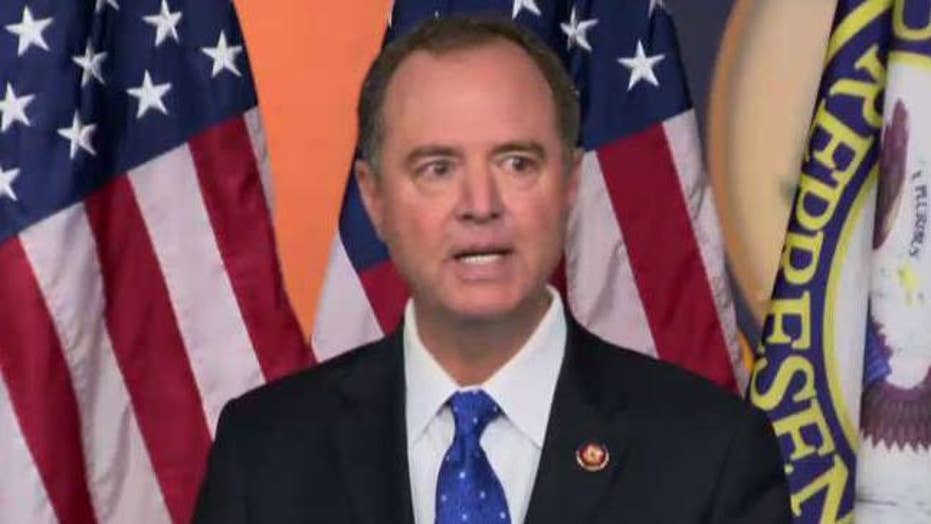 Top congressional Democrats made clear Wednesday they will stay the course on impeachment after the release of a rough transcript of President Trump’s controversial July call with Ukraine’s president, though the document did not demonstrate an explicit quid pro quo as some reports originally had suggested.

The memo, which does not reflect a “verbatim transcript” but is based on “notes and recollections” of those memorializing the call, shows Trump congratulating newly elected Ukrainian President Volodymyr Zelensky on his victory before Trump eventually gets to the subject of former Vice President Joe Biden and his son Hunter, seeking an investigation of some kind.

While the transcript shows Trump pressing Ukraine to "look into" the Bidens, it does not show the U.S. president explicitly linking that request to U.S. aid -- which had been frozen days earlier, a detail that fueled impeachment calls earlier this week and helped prompt Speaker Nancy Pelosi to announce a formal impeachment inquiry Tuesday.

But Schiff downplayed the absence of any explicit quid pro quo, saying Wednesday it is clear what the president was after.

Schiff noted that during the call, Trump lamented that the relationship between the U.S. and Ukraine was not always "reciprocal," a comment he made after noting how "very very good" the U.S. had been to Ukraine. Zelensky went on to discuss military assistance -- after which, Trump started making certain requests.

Trump first asked Zelensky to do a "favor" and “find out what happened” with the hacking of the DNC server in 2016. He referenced CrowdStrike, a cyber firm used by the DNC to investigate the attacks.

On Wednesday, Schiff said all these details “are far more damning than I and others had imagined.”

“This is the Ukrainian president who is desperate for military support…[Trump] tells him he has a favor to ask,” he said.

Schiff added: “[Trump] communicates that the U.S. has done a lot for Ukraine, but there is not much reciprocity. This is how a mafia boss talks. 'What have you done for us? I have a favor I want to ask you.'”

“Of course, the favor is to investigate his political rival. To investigate the Bidens,” Schiff said, adding that another “layer” of misconduct was Trump’s attempt to use Attorney General Bill Barr and his personal attorney Rudy Giuliani as “emissaries” who would be “part and parcel in this.”

“The fact that the president would invoke the attorney general sends a further message to Ukraine—this is not just me asking, this is not just Giuliani asking, but this is the United States government,” Schiff said. 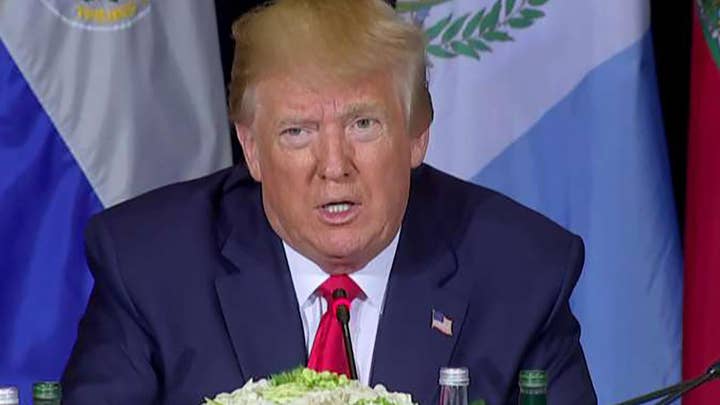 The transcript shows Trump saying he wanted the Ukrainian president to speak with both Barr and Giuliani.

“There is no quid pro quo necessary to betray your country or your oath of office,” Schiff continued. “Ukraine understood what this president wanted. He had his emissaries making it clear, and Ukraine knew what it needed to do if it wanted to get military assistance.”

Schiff and other top committee chairs later released a statement saying: "Let’s be clear: no quid pro quo is required to betray our country. Trump asked a foreign government to interfere in our elections—that is betrayal enough." The chairmen added that they will subpoena the White House and State Department for a related whistleblower complaint and other information, should they miss a Thursday deadline to turn it over.

This stance suggests Democrats will charge ahead on their impeachment inquiry, "quid pro quo" or not.

Schiff is likely to be a key figure in the process, as Pelosi's Tuesday decision takes all Trump-focused investigations from six prominent House committees and puts them all “under one umbrella,” according to a Democratic source.

Pelosi, on Wednesday, also stood by the need for impeachment.

“The transcript and the Justice Department’s acting in a rogue fashion in being complicit in the President’s lawlessness confirm the need for an impeachment inquiry,” she said in a statement. “Clearly, the Congress must act.”

Biden himself also said in a statement that the document “makes clear that days after the President ordered the delay of Congressionally-appropriated military assistance to Ukraine, he implored the President of Ukraine to work with his personal attorney to manufacture a smear against a domestic political opponent.”

But the White House and Trump allies adamantly denied wrongdoing and described the transcript as exculpatory.

House Judiciary Committee Ranking Member Doug Collins, R-Ga., also said there was no quid pro quo, and said the Democrats “leapt to conclusions before looking at the facts.”

“The real danger here is that Democrats keep using baseless accusations in hopes of crippling a successful presidency,” Collins said in a statement Wednesday. 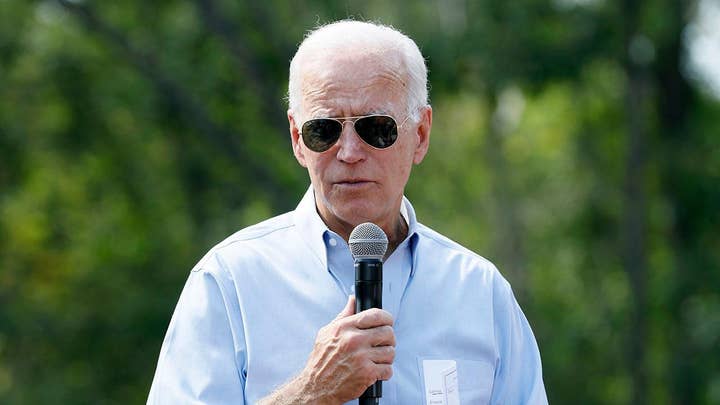 While the transcript does show Trump asking Zelensky to probe Biden, it does not show Trump explicitly linking U.S. aid to Ukraine. Administration officials told Fox News on Tuesday that, at the time, U.S. aid to Ukraine was frozen, but claimed that it was over corruption concerns and other countries not paying their fair share.

Meanwhile, Democrats are moving on other fronts as well.

House Judiciary Committee Chairman Jerrold Nadler, D-N.Y., has called for Barr to step aside from any review of the matter.

“The President dragged the Attorney General into this mess,” Nadler tweeted. “At a minimum, AG Barr must recuse himself until we get to the bottom of this matter.”

The Justice Department, though, has denied involvement in any potential investigations into Biden or anything else.

“What role does Rudolph Giuliani have in this government?” he asked during a House Democratic press conference Wednesday. “Is he in the Department of Justice? Is he the secretary of state? Is he an ambassador to Ukraine or to the European Union?”

The Washington Post on Wednesday reported that Giuliani has been involved in pursuing a "shadow agenda" with Ukraine—an allegation the former New York City mayor has denied, calling it “complete nonsense.”

He tweeted Wednesday: "The transcript really shows how dishonest news media is. Unlike Joe Biden, no military aid was withheld, no threats, and absolutely no pressure. Zelensky introduces me into the conversation, not POTUS Trump."