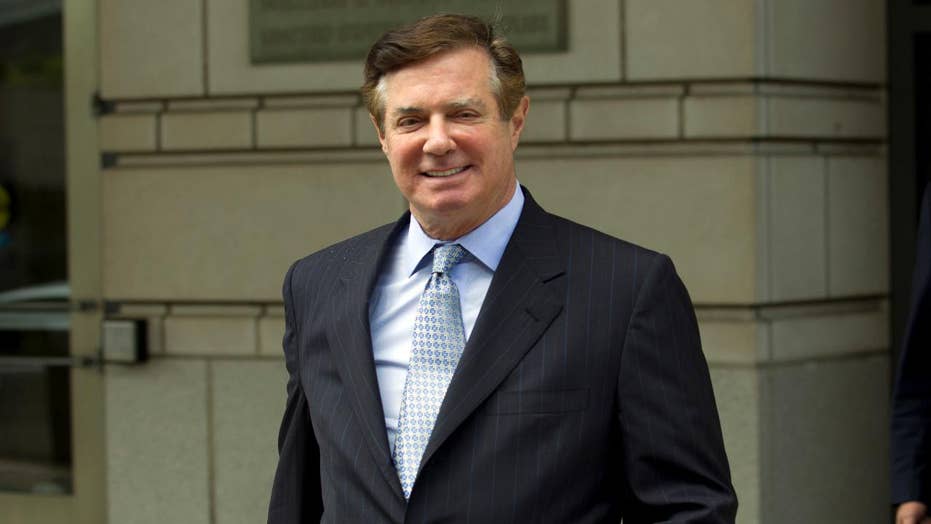 Paul Manafort guilty on eight of 18 counts: What to know

Former Trump Campaign chairman Paul Manfort has been found guilty in eight out of 18 counts of bank and tax fraud. The jury was deadlocked on the remaining ten counts forcing the judge to call for a mistrial on those charges.

But after four days of deliberations, the jury told Judge T.S. Ellis III on Tuesday afternoon that it could not come to a decision on ten other counts related to financial crimes. A mistrial was declared on those counts.

“It has nothing to do with Russian collusion,” Trump added, calling Mueller’s probe a “witch hunt.”

The jury began deliberating last Thursday after a three week trial where prosecutors said Manafort hid income earned from political work overseas from the IRS while fraudulently obtaining millions in bank loans. Manafort, 69, had pleaded not guilty to all 18 counts.

Manafort was stone-faced as the verdict was read. The government has until Aug. 29 to decide whether it will move to retry the 10 deadlocked counts.

Manafort is facing a maximum sentence of 80 years in prison.

Outside court, Manafort attorney Kevin Downing thanked the jurors for “their very long and hard-fought deliberation" and said he believed his client got a fair trial.

“He is evaluating all of his options at this point,” Downing said of Manafort.

WHAT TO KNOW ABOUT THE PAUL MANAFORT CASE

Before the jury was dismissed, Ellis asked jurors if they wanted their names to remain confidential. All answered yes. The judge told them they were allowed to speak to the press if they chose.

In court, Ellis -- known for his colorful comments and reprimands of lawyers throughout the trial -- commended both sides of lawyers for their "effective and zealous representation.”

"If we cannot come to consensus on a single count...what does that mean for the final verdict?" they asked.

Ellis responded that this would not be “exceptional” and said the jury could reach a “partial verdict.”

Downing asked Ellis if he would tell the jury they have a third option – “hung jury” -- on each of these counts. The prosecution objected to that plan and Ellis agreed.

The whirlwind trial is the first to result from Mueller's ongoing investigation into Russian election meddling, although Manafort's prosecution does not relate to any election interference or alleged collusion by the Trump team with Russian officials.

“The conviction of Paul Manafort on multiple felony charges of bank and tax fraud marks a major turning point in the Special Counsel’s ongoing investigation, and shows again that the president’s campaign was populated by individuals with a history of unscrupulous and dishonest business dealings and concerning ties to overseas interests,” said California Rep. Adam Schiff, the top Democrat on the House Intelligence Committee.

“He is evaluating all of his options at this point."

As the jury entered its fourth day of deliberations, the defense expressed optimism that things were headed in their direction.

Manafort entered the courtroom earlier Tuesday morning looking upbeat. Manafort patted a couple of his lawyers on the shoulder and acknowledged his wife Kathleen, sitting in the front row, with a wink.

Defense attorneys rested their case without calling Manafort or any other witnesses to the stand. But attorneys for Manafort suggested that Mueller’s team had improperly ensnared their client in its probe, as the case did not have anything to do with Russia’s interference in the 2016 election.

In closing arguments last week, the prosecution painted the former Trump campaign chairman as a chronic liar, telling jurors Manafort was “not above the law.”

The prosecution’s star witness, Rick Gates – Manafort’s former business partner who struck a plea deal to cooperate with the government -- testified during the trial that he and Manafort committed bank and tax fraud together.

Manafort’s legal troubles continue, whether or not prosecutors attempt to retry the deadlocked counts. He also faces charges in a separate federal court case in Washington, including conspiring against the United States, conspiring to launder money, failing to register as an agent of a foreign principal and providing false statements.