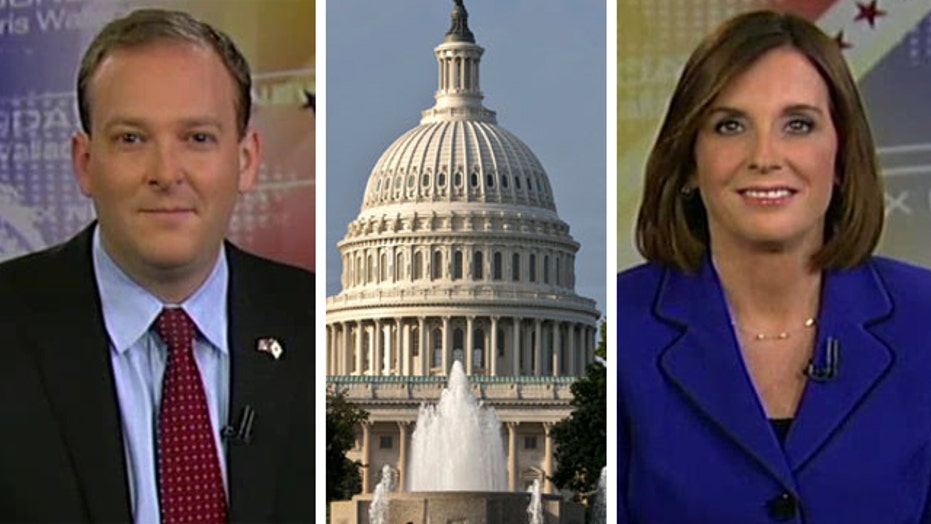 After a Republican wave election that boosted the party's House majority to historic levels and handed them control of the Senate, dozens of new lawmakers are arriving in Washington Tuesday for the 114th Congress -- including several fresh political faces poised to make waves.

A total of 71 new members, of both parties, arrive in Washington this week. As the new Congress prepares to tackle weighty issues ranging from immigration to the budget to the Keystone pipeline, these freshmen stand to have a big impact on the legislative debate and direction of their respective parties.

"When the American people voted for Republican majorities in November, they really voted for people who are going to go up there and start working again," Thom Tillis, the incoming Republican senator from North Carolina, told Fox News. "Start sending legislation to the president's desk and get the economy back to a sustained recovery versus this limping along that we've been doing for the past several years."

Tillis is one of 13 new senators, all but one of them Republican, being sworn in as the GOP takes a 54-seat majority in the chamber. The lone incoming Democrat is Michigan Rep. Gary Peters.

Among the new House members are incoming Republican Rep. Martha McSally, who after several tries finally wrestled her southern Arizona House seat away from Democrats.

McSally touted her conservative credentials this past weekend, telling “Fox News Sunday” that her focus will be on creating jobs and securing the U.S.-Mexico border.

However, she also pointed out that her home district is full of non-Republicans whom she also must serve in Congress.

“My district is very diverse,” said McSally, a retired Air Force colonel and the first female fighter pilot to fly in combat.

“I think it does represent America, but 50 percent of the people didn't vote for me," she said, pointing to areas of shared concern. "Democrats [and] business owners can agree that they want to grow their small business. Kids graduating from college want to have job opportunities. So, those are not politically charged issues.”

The need to help boost good-paying, full-time jobs has indeed emerged again as a goal for congressional Democrats and Republicans, with leaders from both parties and chambers putting the economy at the top of their agendas.

The Republican-controlled House and Senate could vote in the first couple weeks on legislation to finish building the Keystone XL oil pipeline, which is estimated to create about 42,000 construction jobs. A Senate bill is set to be filed on Tuesday, and the House is planning a vote Friday. Though Republicans are pushing the legislation, some Democrats are expected to support it. But some also are floating amendments which could imperil a deal.

Other priorities for Republicans include tax reform, changes to ObamaCare and legislation rolling back environmental regulations.

The House will have 58 freshmen, including 43 Republicans and 15 Democrats, pushing the GOP majority to 246 members, the most since the Great Depression.

The incoming classes will bring new gender and racial diversity to Capitol Hill, with 104 women in the House and Senate and close to 100 black, Hispanic and Asian lawmakers.

The newcomers include the youngest woman elected to Congress, 30-year-old Elise Stefanik, a Republican from New York, and Mia Love of Utah, the first black Republican woman in Congress.

On Sunday, Love backed House Majority Whip Rep. Steve Scalise, R-La., after recent revelations that in 2002 he spoke to a white supremacist group. She said Scalise, the No. 3 House Republican, showed “humility” in acknowledging he spoke to the group, though apparently unknowingly.

“I believe he should stay in leadership,” she told ABC’s “This Week.”

Several new members expressed hope that they could ease the partisanship that often divides Washington and show the public that they really can govern.

"This election was not an endorsement of either party, it was a condemnation of, yes, the president's policies, but also of government dysfunction," said GOP Rep.-elect Carlos Curbelo, who defeated a Democratic incumbent in Florida.

Gallego says they have already discussed areas of cooperation, such as infrastructure investments and bringing down the cost of college.

"We all want the same things in the general scheme of things -- a stable country, a prosperous future,” he said. “We may not agree 100 percent on how to get there, but I think Democrats and Republicans do want to find a way."

Stefanik, as well as Democrats Seth Moulton, of Massachusetts, and Ruben Gallego, of Arizona, are all House freshmen under 36 and Harvard graduates.

Two House newcomers are not new to Washington at all.

And Virginia Republican Barbara Comstock is replacing her onetime boss Rep. Frank Wolf, whom she served as a top aide and chief counsel on the House Oversight and Government Reform Committee before joining the Virginia legislature.

The House now has two black Republicans, with Love joining Will Hurd of Texas. The party also has one black senator, 10 Hispanic House members and two Hispanic senators. There are 22 Republican women in the House and six in the Senate.

A number of the new arrivals have served in the military, something that has become increasingly rare on Capitol Hill.

And Republican Sen.-elect Joni Ernst of Iowa, who attracted a lot of buzz during the midterms, is an Iraq War veteran and lieutenant colonel in the Iowa National Guard.