A massive and organized migrant caravan is on its way from southern Mexico toward the U.S., and has already surged past a blockade by Mexican forces attempting to stop it from getting to the U.S.-Mexico border.

Organizers tell Fox News that there are more than 2,000 migrants in the caravan, setting off from Tapachula, Mexico – some carrying American flags and signs with President Biden’s name. Tapachula is in the south of the country on the border with Guatemala.

The caravan is not merely a group of migrants congregating together, organizers made migrants who wished to participate in the caravan to register with a QR code on their phones or a web link to participate.

Within hours, the flood of migrants encountered a wall of Mexican interior police wearing protective gear and wielding shields. But the security did not hold, as migrants forced their way through the blockade and continued on their way to try and seek entry into the U.S. interior.

Customs and Border Protection announced Friday that there had been more than 1.7 million migrant encounters in Fiscal Year 2021, breaking records. Additionally, there were more than 192,000 encounters in September alone – a slight decrease from the more than 200,000 encountered in July and August, but a sign that the border crisis that has dogged the Biden administration is far from over. The administration also had to deal with a massive Haitian migrant surge in September, and fears that more surges could be on the way.

The Biden administration has blamed root causes like poverty, corruption and violence in Central America elsewhere and has pledged massive investments of taxpayer money to try and combat those root causes.

"Money is not going to solve the problem, throwing it to governments like Mexico where they put people from the south border to the north border is not the solution," organizer Irineo Mujica said. "They should give them papers here, they should give them the opportunity to work here." 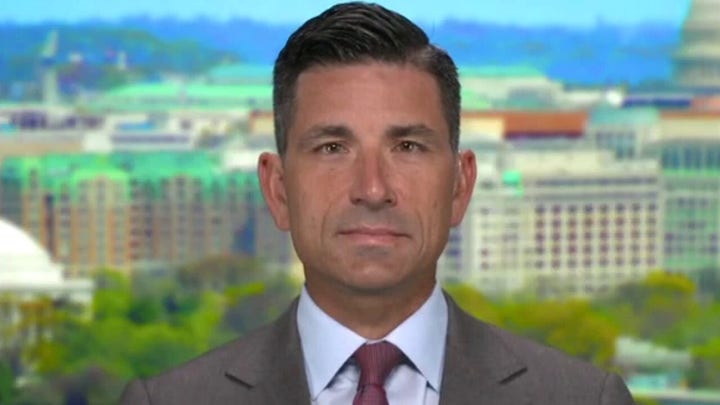 Republicans, meanwhile, have pointed to the rapid rollback of Trump-era border policies by the Biden administration – particularly the ending of the Migrant Protection Protocols (MPP) which kept migrants in Mexico as their cases were heard.

The Biden administration is currently re-instituting MPP after a court order forced it to do so -- but has stressed that it is also trying to end the program via a new memo.

President Biden was asked this week why he had not been to the border amid the crisis. Biden said he had "been there before" but admitted "I guess I should go down."

However, the White House later could only point to a drive through the border that Biden took on the campaign trail in 2008 as evidence that Biden had in fact been to the border. 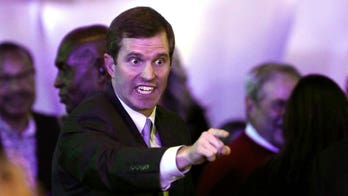