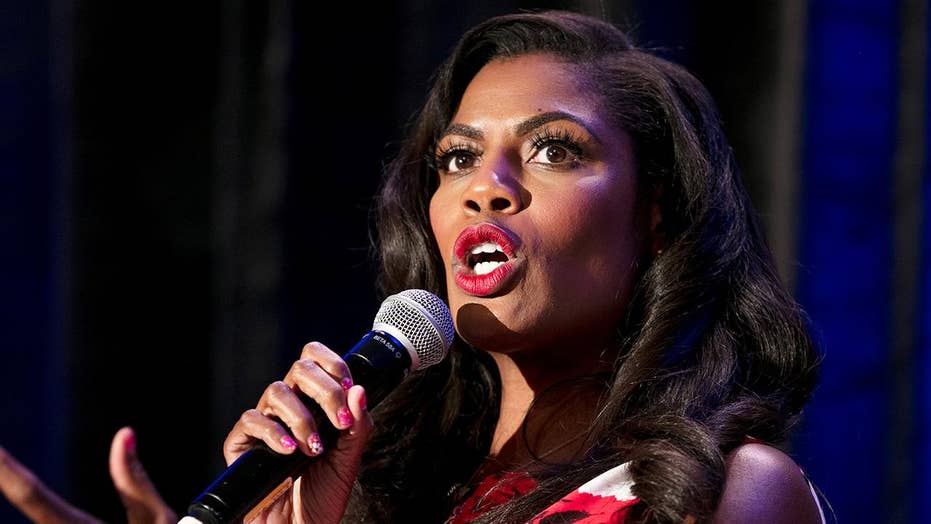 Omarosa fires back after reports of White House drama

White House aide Omarosa Manigault Newman speaks out following reports she threw a tantrum in the White House after demanding to speak with President Trump.

“Everyone knows Omarosa loves to record people and meetings using the voice notes app on her iPhone,” a source told the Daily News. “Don’t be surprised if she has secret audio files on everyone in that White House, past and present staffers included.”

Though White house Chief of Staff John Kelly personally told the former “Apprentice” star that her stint in the White House had come to a close last month, her official last day is Saturday.

Rumors immediately surfaced at the time that Manigault-Newman was dragged out of the White House by Secret Service in a dramatic reality-tv kind of way though the Secret Service has denied those claims.

“Our only involvement in this matter was to deactivate the individual’s pass which grants access to the complex,” the U.S. Secret Service said in a statement.

Fox News sources said Manigault-Newman was given the news of her termination in the White House Situation Room, a subterranean space under the West Wing where electronic and recording devices must be surrendered at the door.

“Where are the pictures or videos?” Manigault-Newman questioned at the time. “If I had confronted John Kelly, who is a very formidable person, it would garner someone to take a photo or a video.”

However, the nature of the Situation Room’s restrictions mean that neither Manigault-Newman nor anyone else would have been able to record her conversation with Kelly even if they had wanted to.

However, a recent ban on personal cell phones in the White House, which came after Michael Wolf’s tell-all book about Trump, was related to Manigault-Newman’s habit of recording conversations, the paper reported.

The Daily News also says the 43-year-old believes she may become a “fixture” in FBI special counsel Robert Mueller’s investigation into allegations of collusion between the Trump campaign and Russia. Several Trump staffers have already been questioned or subpoenaed on the matter.

During her stint at 1600 Pennsylvania Avenue, Manigault-Newman worked as an assistant to the president and director of communications for the White House Office of Public Liaison, working on outreach to various constituency groups. In that role, she enjoyed a close relationship with Trump and even held her April wedding at Trump’s D.C. hotel.

She purportedly drew the ire of Kelly and other senior staffers when she brought a 39-person bridal party to the White House for a photo shoot.

“Certainly I had more access than most, and people had problems with that,” she said on “Good Morning America.” “People have problems with my 14-year relationship with him.”