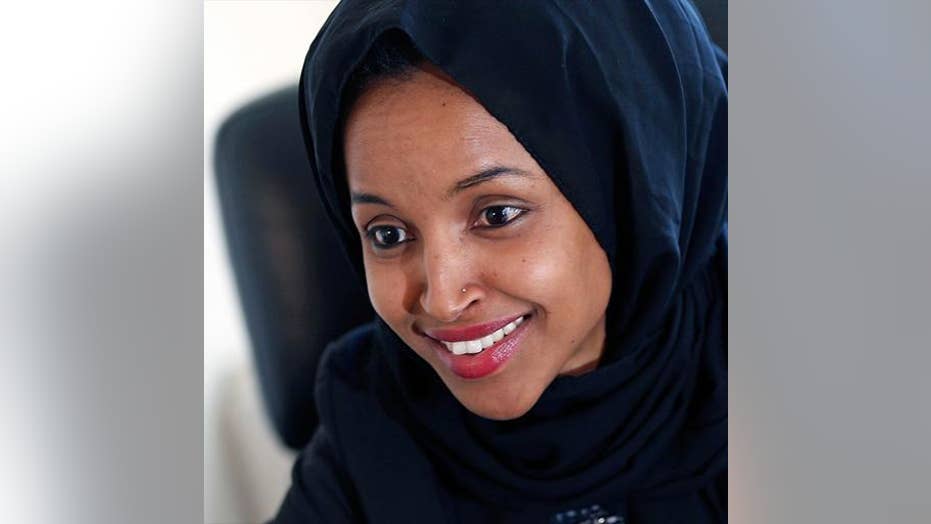 Rep. Ilhan Omar, D-Minn., continues her streak of controversial tweets, this time taking aim at the Department of Homeland Security.

In a tweet Friday night, the freshman congresswoman refers to President Trump as "Individual 1," and insists he doesn’t have “public support” to “ram his hateful wall through Congress.”

While there have been growing calls from Democrats to abolish ICE (Immigration and Customs Enforcement), there hasn’t been a strong demand to defund the entire Department of Homeland Security, which also includes the Transportation Safety Administration, Secret Service, Coast Guard and Federal Emergency Management Agency.

But just an hour before calling for DHS to be defunded, as Fox News anchor Rob Schmidt points out, Omar tweeted her outrage on behalf of TSA workers in Minnesota who haven’t received back pay due to the recent partial government shutdown.

Omar has posted several controversial tweets since being elected to Congress, including when she accused President Trump of wanting a “coup” against Venezuela and insisted that Sen. Lindsey Graham, R-S.C., was “compromised." She has also posted several tweets attacking Israel, including one in which she agreed with a liberal activist that current-day Israel is similar to the U.S. South during the era of racial segregation.

EDITOR’S NOTE: Rep. Omar later sought to clarify her tweet, saying that by writing “#Not1Dollar for DHS,” she meant “Not one dollar more.”