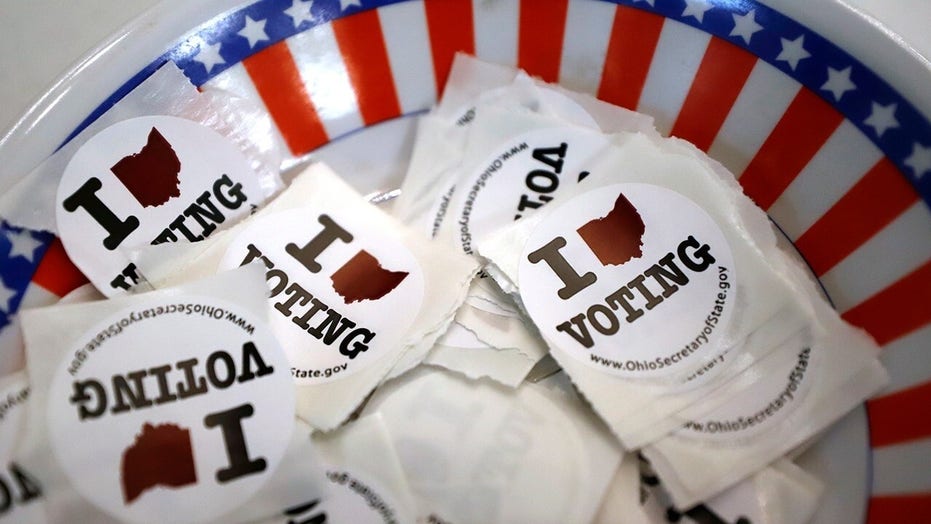 The Ohio Supreme Court, in an early-morning order, declined an 11th-hour request to force the state to move forward with its primary elections that were originally scheduled for Tuesday but postponed on Monday by Gov. Mike DeWine due to the coronavirus threat.

The court was responding to a request for a writ of mandamus -- a judicial order that a government official do his or her job a certain way -- and called for arguments from the government on why it could not hold the election with a compressed deadline of 1:30 a.m. Tuesday. It then ruled against granting the writ early Tuesday morning without issuing a full opinion.

Three of the seven judges on Ohio's Supreme Court -- DeWine's son, Pat DeWine, and two others who are running for reelection -- declined to participate in the ruling, meaning just a bare majority of the court was even hearing the case.

MARCH 17 PRIMARIES: HERE ARE THE STATES VOTING AND THE DELEGATES AT STAKE

By simply declining to issue a writ of mandamus, the Ohio Supreme Court is not necessarily saying what DeWine is doing is legal or that the lower court that ruled against DeWine on Monday -- prompting DeWine to announce he would close polls anyway -- was wrong. All it is doing is declining to tell DeWine what to do.

It is unclear that DeWine would have complied with a writ ordering him to hold the Tuesday elections given his dedication to stopping the coronavirus pandemic in his state and his previous refusal to follow a court order saying the election should go forward.

"During this time when we face an unprecedented public health crisis, to conduct an election tomorrow would force poll workers and voters to place themselves at an unacceptable health risk of contracting coronavirus," DeWine said after the lower court ruled against him Monday.

Secretary of State Frank LaRose defended the decision to postpone the election in Tuesday morning comments.

"There's no question in my mind that the action that the governor took is allowed under the law," LaRose said, citing a provision in Ohio law that gives the state health director broad powers to prevent the spread of disease. "There will be litigation. My team is prepared to argue that. I know that the governor's team is as well."

Nevertheless, the highest court in Ohio has at the very least refused to rule against DeWine, at minimum adding some legal legitimacy to his poll closure.

DeWine has asked LaRose to work through the courts to find a solution so that Ohioans can have "free and fair" elections without risk of contracting the coronavirus. DeWine originally sought to move the Ohio primary back to June 2, though it is unclear if that will be the end result of what has become a rather messy legal scenario.