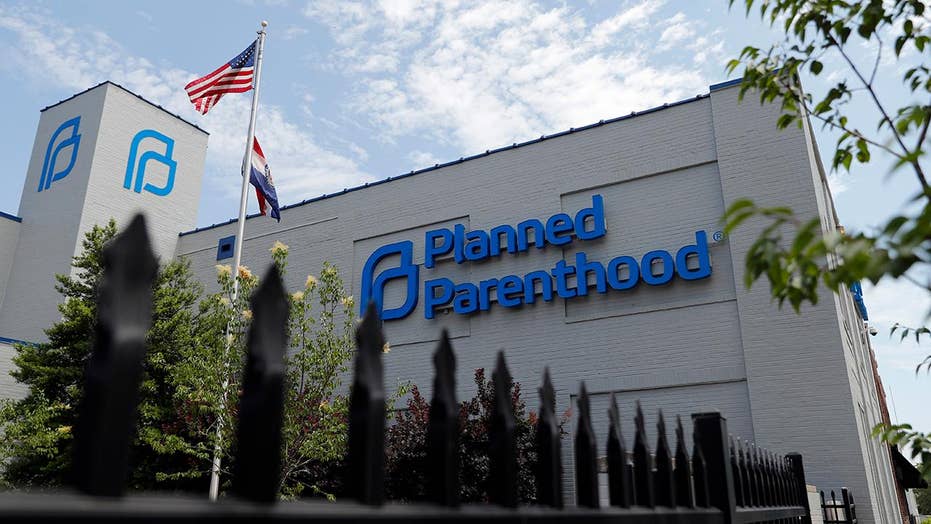 Only Missouri abortion clinic remains open despite not having a license

Pro-life groups are vowing to go to the Supreme Court after a federal judge on Wednesday temporarily blocked a so-called "heartbeat bill" in Ohio, which would ban most abortions after a fetal heartbeat can be detected.

The injunction issued by U.S. District Judge Michael Barrett in Cincinnati halts enforcement of the law that abortion rights advocates argued would effectively ban the procedure. A fetal heartbeat can be detected as early as six weeks into pregnancy, before many women know they're pregnant.

The law included an exemption for women whose pregnancy could result in death or the "serious risk of the substantial and irreversible impairment of a major bodily function," excluding mental illnesses. The bill did not include an exception for rape or incest, although it prescribed punishments only for doctors and abortion providers -- not women seeking abortions.

Medical professionals violating the law would face a $2,500 fine, up to a year in prison, and the temporary or permanent loss of their medical license. The bill also opened up medical professionals to civil lawsuits and medical board fines that could total more than $30,000.

Ohio Right to Life, the state's oldest and largest pro-life group, called the judge's decision disappointing but not surprising. Lower courts are bound to follow existing Supreme Court precedent unless it is overturned on appeal.

"The heartbeat bill has the potential to be the vehicle that overturns Roe v. Wade," Mike Gonidakis, the group's president, said in a statement. "We know that this temporary restraining order is just a step in the process to finally seeing Roe reconsidered."

"This office will fulfill its duty to defend the laws passed by the elected representatives in the General Assembly,” he added.

Republicans and activists like Gonidakis have had cause for optimism in recent weeks. In June, Supreme Court Justice Clarence Thomas issued a lengthy call for his colleagues to overturn "demonstrably erroneous decisions" even if they have been upheld for decades -- prompting legal observers to say Thomas was laying the groundwork to overturn Roe v. Wade,  the seminal 1973 case which established a constitutional right to abortion.

"The heartbeat bill has the potential to be the vehicle that overturns Roe v. Wade."

But Judge Barrett, in issuing the injunction, said Planned Parenthood and abortion clinics represented by the American Civil Liberties Union that sued to stop the law were on extremely solid legal footing, both under existing case law and the Constitution.

“This Court concludes that [the law] places an ‘undue burden’ on a woman’s right to choose a pre-viability abortion, and, under Casey, Plaintiffs are certain to succeed on the merits of their claim,” Barrett wrote in the ruling.

Barrett joined the court in 2006 after being nominated by Republican President George W. Bush.

Ohio is among a dozen states that have considered similar legislation this year, as abortion opponents have pursued a national anti-abortion strategy to overturn Roe.

The abortion debate has the entertainment and political world wandering into the realm of religion and faith. Pro-abortion advocates in the past never mentioned faith. But now, celebrities like Madonna and Chelsea Clinton actually make the case for abortion as a religious value. So would Jesus be okay with abortion as Madonna suggests? Here to debate are Shane Idleman and Dr. Serene Jones.

Freda Levenson, legal director for the ACLU of Ohio, said in an emailed statement the decision "upheld the clear law: women in Ohio (and across the nation) have the constitutional right to make this deeply personal decision about their own bodies without interference from the state."

Georgia, Kentucky, Mississippi and Louisiana have enacted similar heartbeat bills, which generally restrict abortion as early as the sixth week of pregnancy.

None of the bans has taken effect, and all are facing legal challenges. Meanwhile, some progressive-leaning states have taken the opposite approach, passing strong pro-abortion bills.

In June, Democratic Illinois Gov. J.B. Pritzker signed a bill into law establishing a woman's "fundamental right" to abortion, keeping a campaign promise to make the state the most progressive in the country when it comes to abortion rights.

The bill repealed a 1975 Illinois abortion law and eliminated spousal consent, waiting periods, and criminal penalties for abortion providers and restrictions on abortion facilities, such as licensing requirements and health and safety inspections. It also repealed the state's Partial-birth Abortion Ban Act and states "that a fertilized egg, embryo, or fetus does not have independent rights under the law, of this State."

Pro-life groups have pointed out Illinois' law went much further than one passed in January in New York, which prompted a series of states to pass heartbeat bills.