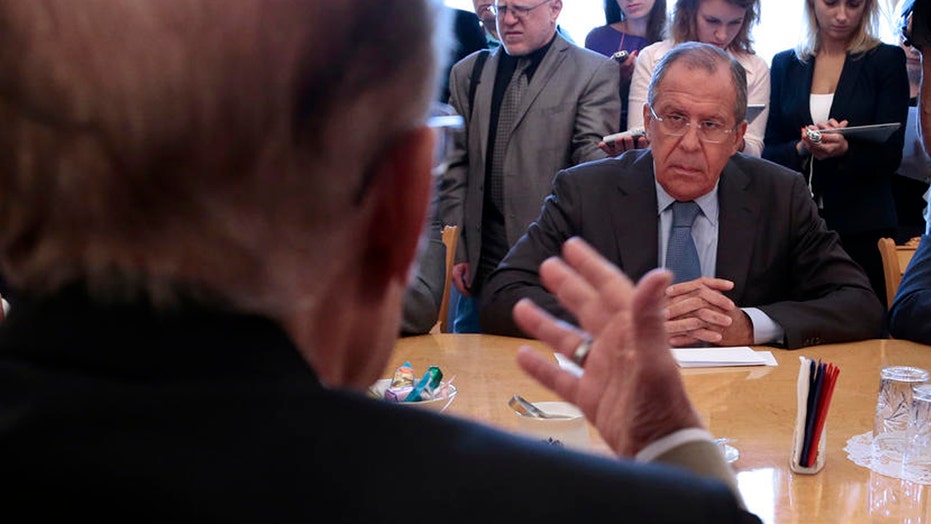 Russia is flying unmanned drones over Syria, a U.S. official confirmed to Fox News, as Moscow's military build-up grows to include more fighter jets, tanks and other equipment.

The build-up has continued despite the Obama administration last week seeking answers directly from the Putin government on their intentions. Defense Secretary Ash Carter called his Russian counterpart last Friday to discuss the actions in Syria, marking the first time the two have spoken in over a year.

While both Moscow and Washington want to see the Islamic State defeated in Syria, the two governments are at odds over the Assad regime; the Obama administration wants Bashar Assad to step down, while Russia is now increasing support for his government.

Russia has claimed its build-up in Syria is "defensive" in nature.

In addition to the arrival of drones in Syria, Russia also has sent a "couple dozen" more fighter jets, Fox News is told. Fox News has learned up to 24 Russian attack aircraft -- including Sukhoi Su-25 "Frogfoot" and Sukhoi Su-24 "Fencer" jets -- have arrived. Su-24s are advanced supersonic attack aircraft.

This is in addition to four Su-27s that previously were seen.

"This is a significant upgrade to Russia's ability to carry out bombing missions inside Syria," the U.S. official said.

More advanced tanks arrived over the weekend as well, bringing the total of T-90 tanks to nine. Previously, U.S. officials said six were on the ground.

SA-22 surface-to-air missiles also have been seen in the latest satellite imagery over Bassel al-Assad airbase, Syria's second largest airport which was converted into a Russian forward operating base.

The base is located outside the port city of Latakia, one of the last remaining strongholds of the Assad regime.