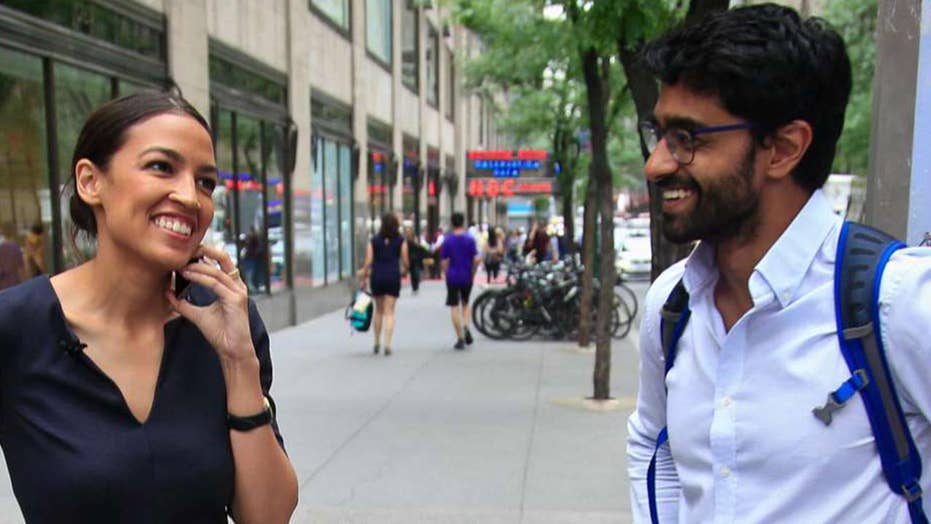 Former chief of staff under investigation for alleged campaign finance misconduct; Trace Gallagher has the details.

Rep. Alexandria Ocasio-Cortez continues to shun responsibility for heightened tensions among House Democrats, distancing herself from her former chief of staff Saikrat Chakrabarti whose attacks on moderates she called “divisive.”

Her comments came soon after Chakrabarti’s surprise resignation earlier this month following a series of controversies that contributed to public divisions within the House Democratic Caucus.

“I think it was divisive,” Ocasio-Cortez said during an interview with the New York Daily News, though she insisted the resignation had nothing to do with Chakrabarti’s attack on moderates. “I believe in criticizing stances, but I don't believe in specifically targeting members.”

“I think it was divisive. I believe in criticizing stances, but I don't believe in specifically targeting members.”

She added that her office then spoke with Chakrabarti, prompting him to “immediately [take] the tweet down.”

In June, he tweeted that Rep. Sharice Davids, D-Kansas, one of the first two Native American women to serve in Congress, enabled a racist system after she voted in favor of a Senate border bill not backed by progressives.

HOUSE DEMOCRATIC CAUCUS RIPS AOC'S CHIEF OF STAFF FOR CRITICIZING LAWMAKER: 'KEEP HER NAME OUT OF YOUR MOUTH' 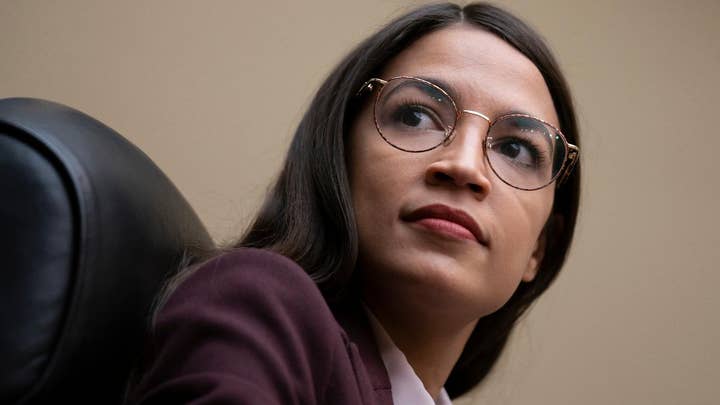 “Who is this guy and why is he explicitly singling out a Native American woman of color?” the House Democratic Caucus' official account tweeted last month. "Her name is Congresswoman Davids, not Sharice," the House Democrats added. "She is a phenomenal new member who flipped a red seat blue."

"Keep Her Name Out Of Your Mouth," the tweet concluded -- with interspersed emojis of clapping hands.

They “certainly seem hell bent [sic] to do to black and brown people today what the old Southern Democrats did in the 40s.”

They “certainly seem hell bent [sic] to do to black and brown people today what the old Southern Democrats did in the 40s,” he tweeted in a now-deleted post.

Chakrabarti’s comments contributed to the combative relationship between the progressive freshmen Democrats and House Speaker Nancy Pelosi, who took a swipe at Ocasio-Cortez along with Reps. Ilhan Omar of Minnesota, Rashida Tlaib of Michigan, and Ayanna Pressley of Massachusetts – whom she called "four people" who don't have any following.

Ocasio-Cortez said they were singled out because they are newly elected women of color, further deepening divisions within the party.

Democratic lawmakers, meanwhile, asked Ocasio-Cortez to fire Chakrabarti in an attempt to start over. His resignation came shortly after Ocasio-Cortez met with Pelosi in an effort to ease the tensions in the caucus.