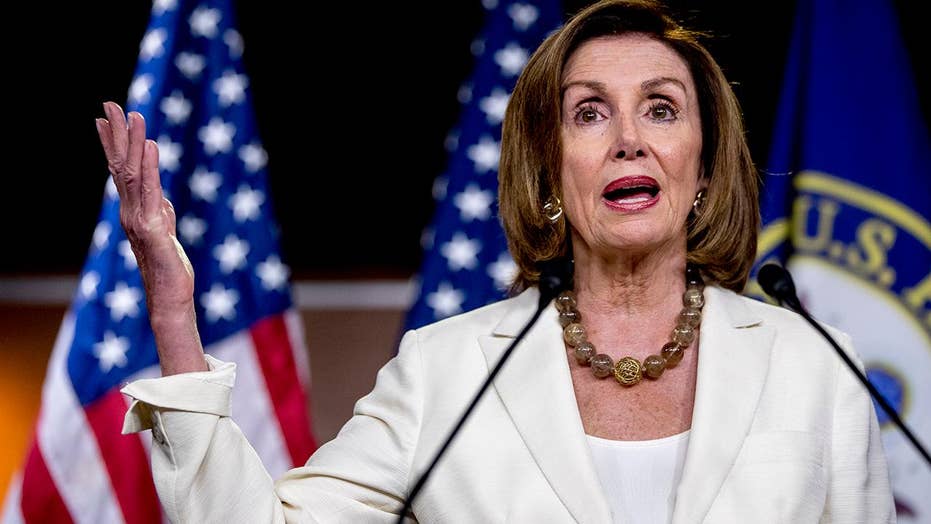 The official House Democratic Caucus Twitter account ripped into Rep. Alexandria Ocasio-Cortez's, D-N.Y. chief of staff Friday for his criticism of another Democratic lawmaker -- an astonishing tirade that laid bare the simmering tensions between the freshman congresswoman and her party's leadership.

The caucus’ Twitter account flagged a June 27 tweet by Ocasio-Cortez’s chief of staff, Saikat Chakrabarti, in which he criticized Rep. Sharice Davids, D-Kansas, for her votes on issues to do with the migrant crisis at the border.

"Who is this guy and why is he explicitly singling out a Native American woman of color?" it said.

"Her name is Congresswoman Davids, not Sharice," the House Democrats added. "She is a phenomenal new member who flipped a red seat blue."

"Keep Her Name Out Of Your Mouth," it said with interspersed emojis of clapping hands.

The spat delighted conservatives, who expressed their glee at the eruption of blue-on-blue infighting. Chakrabarti, meanwhile, fired back and accused the caucus account of taking his tweet out of the context of a conversation where someone else brought up Davids.

“I've known Rep. Davids for a long time, consider her a friend, and encouraged her to run for Congress back in the fall of 2016,” he said. “I'm glad she did.”

"Everything I tweeted 2 weeks ago was to call out the terrible border funding bill that 90+ Dems opposed. It gave Trump a blank check to continue caging people in horrendous conditions. Our Democracy is literally falling apart. I'm not interested in substance-less Twitter spats," Chakrabarti said in a follow-up tweet.

The spat is the latest flashpoint in a rapidly-escalating feud between the Ocasio-Cortez and top House Democrats, heating up after Congress passed a $4.5 billion border funding bill that Ocasio-Cortez, and freshmen Reps. Ilhan Omar, D-Minn., Rashida Tlaib, D-Mich., and Ayanna Pressley, D-Mass., all opposed.

In an interview last weekend, Pelosi told The New York Times that “all these people have their public whatever and their Twitter world, but they didn’t have any following. They’re four people, and that’s how many votes they got.”

Ocasio-Cortez responded by telling The Washington Post this week that the “persistent singling out” by the speaker was “outright disrespectful” and affected “newly elected women of color.”

That remark sparked anger from House Democrats and their aides, who are becoming increasingly impatient with Ocasio-Cortez's sparring with the speaker.

“She is a complete fraud,” one senior Democratic source told Fox News on Friday.

“Her peers do not take her seriously,” the senior Democratic source said: “They think it is absurd to call the speaker racist. Offensive and absurd.”

Prominent members of the Congressional Black Caucus (CBC) also sided with Pelosi and criticized Ocasio-Cortez for her remarks..

“It was such a weak argument to say she was being picked on and that four women of color were being picked on by the speaker,” Rep. William Lacy Clay, D-Mo., a member of the CBC, said Thursday night. “It shows their lack of sensitivity to racism. To fall back on that [trope] is a weak argument. It has no place in a civil discussion.”

But on Friday, when asked by Fox News how she would respond to criticism of playing the ‘race card’ against Pelosi, Ocasio-Cortez fired back: “What? That’s stupidly untrue.”

The Twitter spat comes just a day after Pelosi acknowledged she had warned lawmakers against tweeting negatively about colleagues and addressed an “offensive tweet that came out of one of the member's offices” that compared centrist Democrats to segregationists. That tweet was authored and then deleted by Chakrabarti.