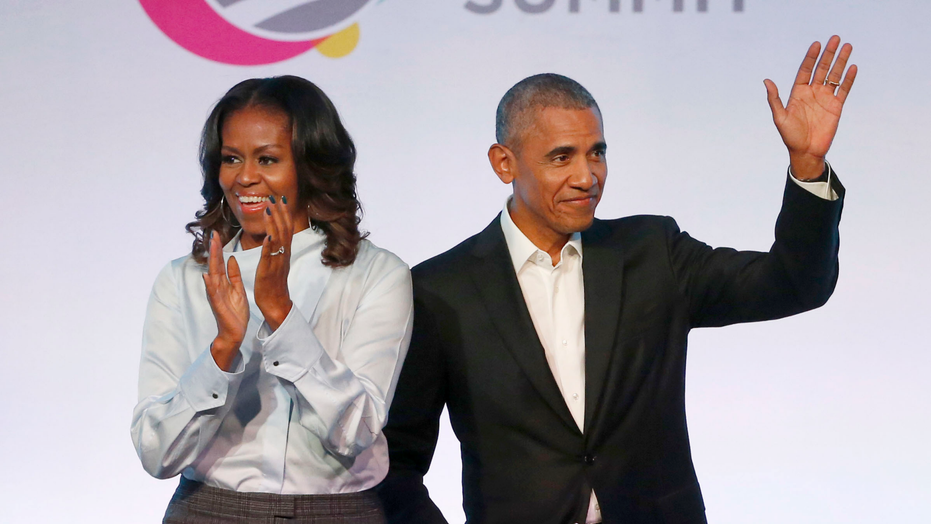 Former President Barack Obama and first lady Michelle Obama are set to participate in virtual graduation celebrations for the class of 2020 after in-person ceremonies were canceled due to the coronavirus pandemic, it was announced Tuesday.

"Over the past month, President and Mrs. Obama have received dozens of requests from around the globe to address graduating classes whose in-person commencement events have been cancelled due to the ongoing COVID-19 pandemic," read a statement from the former president's office. "Today, the Obamas are pleased to announce that they will participate in multiple virtual commencement celebrations for students, families and educators."

According to the announcement, on June 6, YouTube will host “Dear Class of 2020,” a virtual commencement that will bring together a number of global leaders and celebrities. The former president and former first lady will each deliver separate commencement addresses. Female education activist Malala Yousafzai, Sundar Pichai, CEO of Google and Alphabet, Inc., former Defense Secretary Bob Gates, former Secretary of State Condoleezza Rice, Lady Gaga, Alicia Keys and Kerry Washington will also take part in the ceremony.

On May 16, the 44th president will deliver remarks at a two-hour virtual HBCU commencement entitled, “Show Me Your Walk, HBCU Edition.” It will include graduates and families from 74 historically black colleges and a mix of celebrities, athletes and executives. The ceremony, which will be livestreamed at 2 p.m. E.T., is presented by Chase.

Also on May 16, the Obamas will join in on “Graduate Together: America Honors the High School Class of 2020,” a special to air at 8 p.m. across all major networks, hosted by XQ Institute, The LeBron James Family Foundation and The Entertainment Industry Foundation. The former president will share a message for the high school class of 2020. Several high school students, those who are part of the Obama Foundation, seniors from Chicago Public Schools and members of the Obama Youth Job Corp, will join the president.

On Wednesday Netflix will release a documentary about Michelle Obama entitled “Becoming,” after her 2018 memoir by the same name.