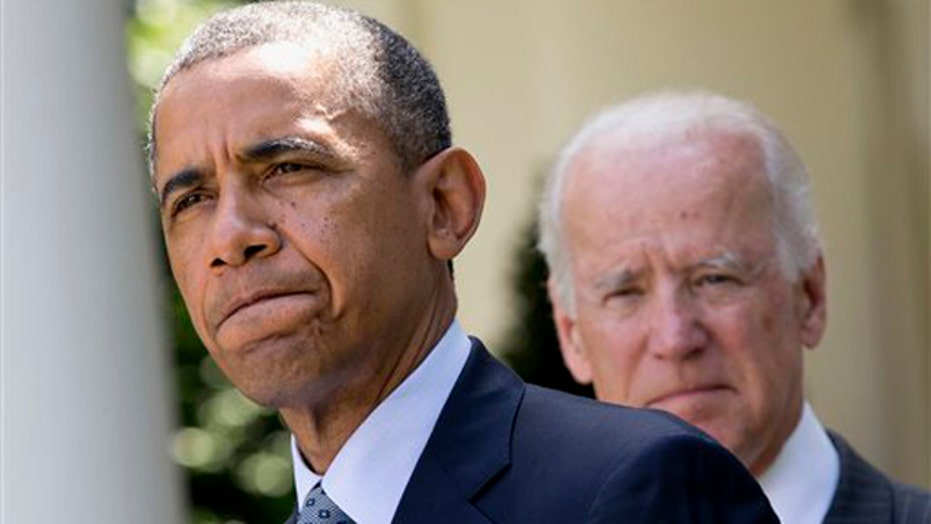 Immigration-reform advocates expressed their objections Saturday to President Obama’s delaying executive action to change U.S. immigration policy, including cries of bitter disappointment and accusations that the president has caved to election-year politics.

“We are bitterly disappointed in the president,” said Frank Sharry, executive director of the group America’s Voice. “The president and Senate Democrats have chosen politics over people.”

In an interview taped for NBC's "Meet the Press," Obama rejected the charge that the delay was meant to protect Democratic candidates worried that his actions would hurt their prospects in tough Senate races.

However, Obama did concede that politics played a role, claiming that a partisan fight in July over how to address an influx of unaccompanied minors at the border had created the impression that there was an immigration crisis and thus a volatile climate for taking the measures he had promised to take.

However, the delay resulted in widespread reaction from across the country and the political spectrum.

Obama said June 30 that he would take matters into his own hands before the end of summer, amid the GOP-led House stalling reform legislation and thousands of unaccompanied Central American youths trying to illegally cross the southern U.S. border.

“Justice delayed is justice denied,” said Arturo Rodriguez, United Farm Workers president. “He broke his promise to the millions of immigrants and Latinos who are looking for him to lead on this issue in the wake of Republicans’ dysfunction and obstruction.”

Rodriguez vowed that his group would continue to “keep fighting and organizing” for reform. But Sherry expressed little optimism that Obama would indeed take action after the November elections, in which Democrats must fend against a strong Republican effort to win a net total of six Senate seats to take control of the chamber.

“It is hard to believe this litany of high expectations and broken promises will be mended by the end of the year,” Sherry said.

Reform advocates want the federal government to change U.S. immigration policy in large part to provide a path to citizenship for the roughly 11 million people who have either entered the United States illegally or have overstayed their visas.

The Democrat-controlled Senate passed comprehensive, bipartisan reform legislation in 2013, but such efforts have stalled in the House over the primary concerns of border security and a path to citizenship essentially equaling amnesty.

“There is a never a ‘right’ time for the president to declare amnesty by executive action, but the decision to simply delay this deeply-controversial and possibly unconstitutional unilateral action until after the election -- instead of abandoning the idea altogether -- smacks of raw politics,” House Speaker John Boehner said.

Senate Minority Leader Mitch McConnell, fighting to keep his Senate seat, suggested Obama is simply saying “he'll go around the law once it's too late for Americans to hold his party accountable in the November elections.”

“They can put an end to this whole debate by joining us in passing real immigration reform,” Czin said.

“I know that the president is determined to act, and when he does I support a broad use of his authority to fix as much of our broken immigration system as he can through executive action,” the Nevada Democrat said.

“The odds of us being let down by President Obama were high,” said Eddie Carmona, the group’s campaign manager. “The president and the Senate Democrats have made it very clear that undocumented immigrants and Latinos are simply viewed as political pawns.”

Still, Carmona vowed that his group also would continue to push for change, despite the “unacceptable delay.”