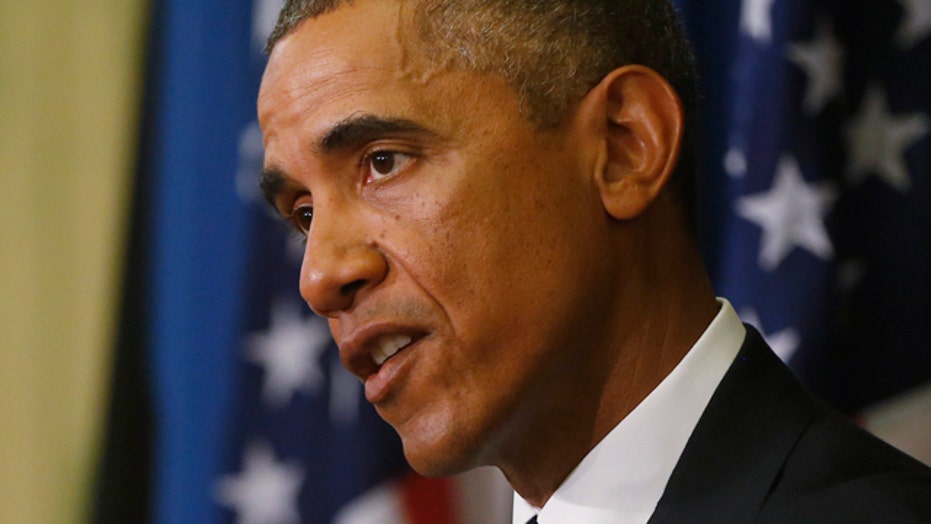 Obama: Our objective is to degrade and destroy ISIS

The White House said in a press release that the personnel will not serve a combat role, and are fulfilling a request from the State Department for more protection as the country fights an insurgency from the Islamic State militant group, also known as ISIS or ISIL.

The White House said the additional personnel will be able to provide a “more robust, sustainable security force” and will allow previously deployed personnel to leave the country.

Pentagon Press Secretary Rear Admiral John Kirby said in a statement that Obama's authorization will result in a net increase of approximately 350 military personnel. Kirby said 405 personnel will be sent to Baghdad, and 55 will leave, leading to the net increase.

Additionally, the White House said the U.S. is continuing to support the Iraqi government against the terror group, which it says “poses a threat not only to Iraq, but to the broader Middle East and U.S. personnel and interests in the region.”

“The president will be consulting this week with NATO allies regarding additional actions to take against ISIL and to develop a broad-based international coalition to implement a comprehensive strategy to protect our people and to support our partners in the fight against ISIL,” the release stated.

According to Kirby, the latest deployment means the number of U.S. forces responsible for providing security support in Baghdad will total approximately 820.

Defense officials told Fox News that once the latest forces arrive, the total number of U.S. troops in Iraq will be 1,213.

The announcement came after U.S. military officials said Tuesday that an airstrike against Islamic State militants in Iraq had damaged or destroyed 16 armed vehicles near the Mosul Dam.

By Central Command's count, that's the 124th airstrike in Iraq since operations against the Islamic State group began in early August.