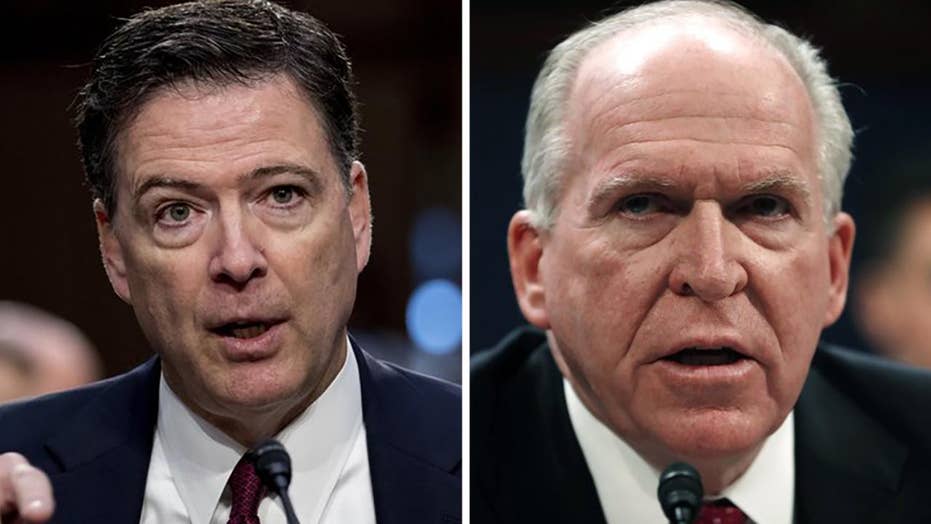 Comey or Brennan? Dispute erupts over who pushed Steele dossier

The launch of a formal inquiry into the origins of the Russia investigation -- being led by one of the Justice Department’s toughest prosecutors -- has touched off a new round of behind-the-scenes finger-pointing among Obama administration officials who could have some explaining to do about efforts to surveil the Trump campaign.

A key dispute that flared this week concerns whether then-FBI Director James Comey or then-CIA Director John Brennan  -- or both of them -- pushed the unverified Steele dossier containing claims about President Trump and his relationship to Russia. The dossier’s more sensational claims were never substantiated by Special Counsel Robert Mueller's team.

“Amazing—James Comey says that in 2016, John Brennan insisted on including the dossier in their IC assessment. But Brennan says: no no, COMEY wanted to use the dossier,” North Carolina Rep. Mark Meadows, a Republican who has long demanded answers about the origins of the probe, tweeted Thursday in reference to a prior Fox News report.

Meadows added: “They know the truth is coming. And now they're all throwing each other under the bus.”

Sources familiar with the records told Fox News that a late-2016 email chain indicated Comey told bureau subordinates that Brennan insisted the dossier be included in the intelligence community assessment on Russian interference, known as the ICA. That email chain has not been made public.

But in a statement to Fox News, a former CIA official put the blame squarely on Comey.

"Former Director Brennan, along with former [Director of National Intelligence] James Clapper, are the ones who opposed James Comey’s recommendation that the Steele Dossier be included in the intelligence report," the official said.

Clapper previously testified that the dossier was not ultimately used in the ICA. News that Comey had briefed Trump personally on the dossier before the inauguration -- purportedly to warn him of potential blackmail threats -- leaked within days and opened the door for media outlets to publicize the dossier's lurid claims.

Fox News has reached out to Comey's legal team twice, and provided the statement from the former CIA official, but did not receive a reply on the record. Comey, who often posts on Twitter, has not commented publicly on the story.

Meanwhile, another top FBI official, in a podcast interview, acknowledged that he and others were worried that it could look like Comey was trying to blackmail Trump when he first told him about the allegations in the dossier.

EX-FBI LAWYER: OFFICIALS WERE 'QUITE WORRIED' COMEY APPEARED TO BE BLACKMAILING TRUMP WITH DOSSIER

On the latest episode of the Yahoo News podcast "Skullduggery" broadcast on Tuesday, Baker said he and others were so concerned about Comey briefing Trump on Jan. 6, 2017 that "analogies" were made to J. Edgar Hoover, the former FBI director who famously abused his power to blackmail individuals. 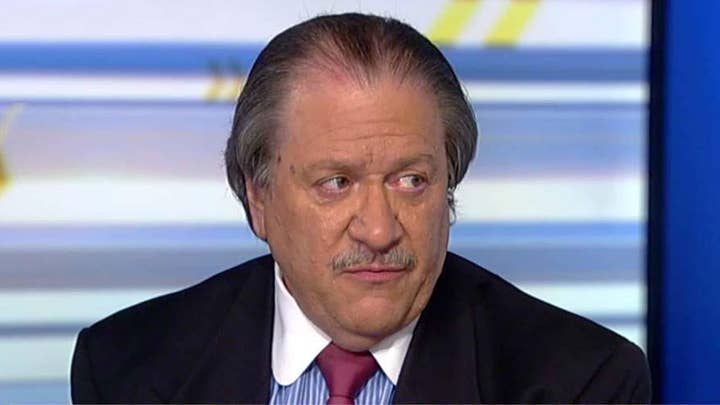 "We were quite worried about the Hoover analogies, and we were determined not to have such a disaster happen on our watch,” Baker said, hoping to convey to the incoming president that they did not want to continue the "legacy" of Hoover's blackmailing.

The finger-pointing comes as Attorney General Bill Barr has assigned John Durham, the U.S. attorney in Connecticut, to conduct an inquiry into alleged misconduct and alleged improper government surveillance.

The Justice Department’s watchdog, Michael Horowitz, also is expected to conclude his internal review of how the dossier compiled by former British spy Christopher Steele was used to secure the original surveillance warrant for former Trump aide Carter Page in October 2016, as well as for three renewals. Horowitz’s team has questioned why the FBI considered Steele a credible source, and why the bureau seemed to use news reports to bolster Steele’s credibility.

U.S. Attorney John Huber earlier was appointed by former Attorney General Jeff Sessions to review not only alleged surveillance abuses by the Justice Department and the FBI, but also their handling of the investigation into the Clinton Foundation and other matters. The status of Huber's work is not known.

Fox News’ Catherine Herridge, Gregg Re and Joseph A. Wulfsohn contributed to this report.