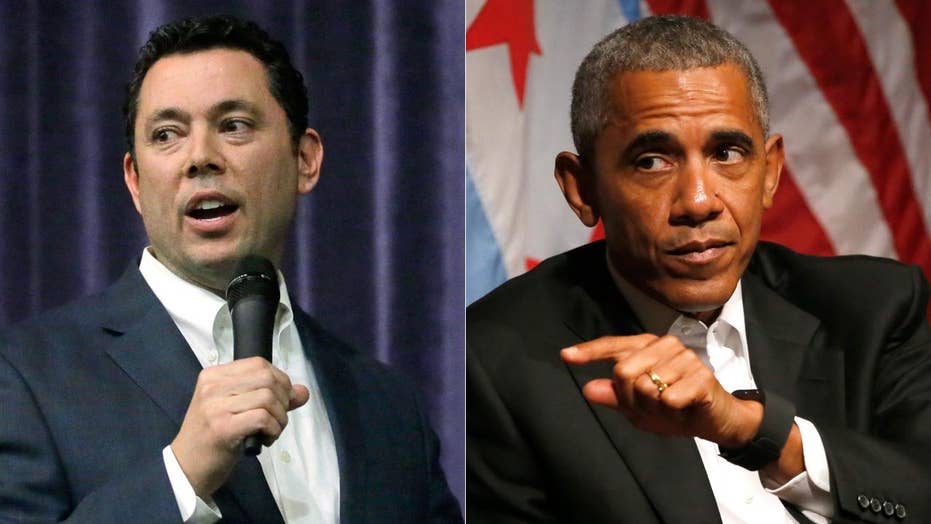 Alex Roarty and Justin Duckham react to representative Jason Chaffetz's bill that would strip President Obama's pension if he makes over 400,000 dollars

As former President Barack Obama hits the speaking circuit, Republican lawmakers say they plan to reintroduce a bill that would directly target pensions for ex-presidents raking in more than $400,000 after leaving the Oval Office.

The push comes after Obama decided to accept a $400,000 speaking fee – the same amount as his White House salary – for a speech at a health care conference run by Wall Street investment firm Cantor Fitzgerald in September.

“The Obama hypocrisy on this issue is revealing,” Chaffetz told USA Today.

He also tweeted the USA Today’s headline, “Obama’s $400,000 speech could prompt Congress to go after his pension,” with the vow, “Yes, it will.”

The legislation would cap presidential pensions at $200,000 (they’re currently slightly higher), but reduce that amount “dollar-for-dollar” once their outside income tops $400,000, according to the report.

In 2016, Chaffetz authored the original bill, which Obama vetoed. At the time, Obama reasoned that he had consulted living U.S. presidents who agreed the bill would have “unintended consequences” – and would unfairly prevent staffers from immediately receiving pay and benefits.

Obama accepting the speaking fee from Cantor Fitzgerald hasn’t sat well with some of his closest supporters in Congress.

Sens. Bernie Sanders, I-Vt., and Elizabeth Warren, D-Mass., have both publicly criticized Obama over the past few days.

Warren said she was “troubled” by the speaking fee, while Sanders said, “Wall Street has incredible power, and I would have hoped that the president would not have given a speech like this.”

Obama is hardly the first U.S. president to capitalize on his time at the White House.

Former President Bill Clinton earned more than $200,000 per speech over the course of a decade.

Former President George W. Bush didn’t mince words when asked what he’d do out of office.

“I’ll give some speeches, just to replenish the ol’ coffers,” Bush told The New York Times in 2007.

One week worth of speeches in Japan netted former President Ronald Reagan $2 million in 1989.

In response to criticism last week, Obama spokesman Eric Schultz issued a statement saying that while Obama will deliver speeches “from time to time,” he will “be true to his values, his vision, and his record.”