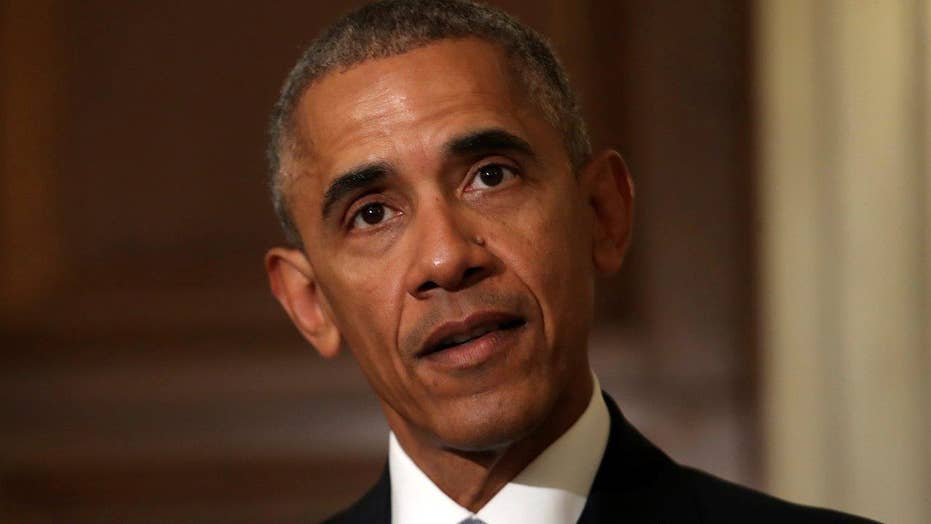 Obama: Majority of Americans agree with my worldview

President defends legacy during news conference in Greece, says sometimes voters feel like they need to 'shake things up'

President Obama defended his "vision" and sought to shore up his legacy Tuesday on his final European tour, telling reporters that Americans think he did “a pretty good job” despite the election of Donald Trump – while using the occasion to take another swipe at congressional Republicans for blocking his initiatives.

Speaking at a press conference in Athens alongside Greek Prime Minister Alexis Tsipras, Obama said one of the lessons he drew from Trump’s surprise victory last week -- as well as Britain's decision to leave the European Union -- is that “we have to deal with issues like inequality, we have to deal with issues of economic dislocation, deal with people’s fears that their children won’t do as well as they have.”

“The more aggressively and effectively we deal with those issues, the less those fears will channel themselves into counterproductive approaches, that pit people against each other,” he said. “And frankly that’s been my agenda for the last eight years.”

Moving on to why, despite his agenda, his party was still beaten up and down the ticket, Obama shifted the blame onto congressional Republicans.

“I think raising wages, investing in infrastructure, making sure that people have access to good educations that are equipment for the jobs of the future – those are all agenda items that would help alleviate some of those economic pressures and dislocations people are experiencing,” he said. “The problem was I couldn’t convince Republicans in Congress to pass a lot of it.”

Obama then pointed to approval numbers that show him hovering just above the 50 percent mark, suggesting this was more of a change election than a direct repudiation of his agenda.

“Now, having said that, people seem to think I did a pretty good job. And so there is this mismatch I think between frustration and anger. Perhaps the view of the American people was just that we need to shake things up,” he said.

“Time will now tell whether the prescriptions that are being offered, whether Brexit or with respect to the U.S. election, ends up actually satisfying those people who have been fearful or angry or concerned,” he added.

Obama also implied that Republicans had tapped into fear and anxiety in the country in order to win the election.

“You’ve seen some of the rhetoric among Republican elected officials and activists and media.  Some of it, pretty troubling and not necessarily connected to facts, but being used effectively to mobilize people," he said. "And obviously, President-elect Trump tapped into that particular strain within the Republican Party and then was able to broaden that enough and get enough votes to win the election."

Striking a more positive note, Obama said he believes that in Europe and America, his vision that “the future of humanity and the future of the  world is going to be defined by what we have in common as  opposed to those things that separate us” is right, even if it doesn’t win in every election.

At the conference, Tsipras said that he had not criticized Trump as other European leaders had done, saying that while he had noted Trump’s “aggressive manner,” he said it was different now that he had been elected and the billionaire will be a “major player” on the world stage.

Obama had earlier offered the Greeks reassuring words about the U.S. commitment to NATO, saying Democratic and Republican administrations alike recognize the importance of the alliance to the trans-Atlantic relationship.

Obama told Greek President Prokopis Pavlopoulos that a strong NATO is of "utmost importance" and would provide "significant continuity even as we see a transition in government in the United States."

During the presidential campaign, Trump had warned that he may withdraw U.S. support from NATO if other countries did not contribute more to the alliance.