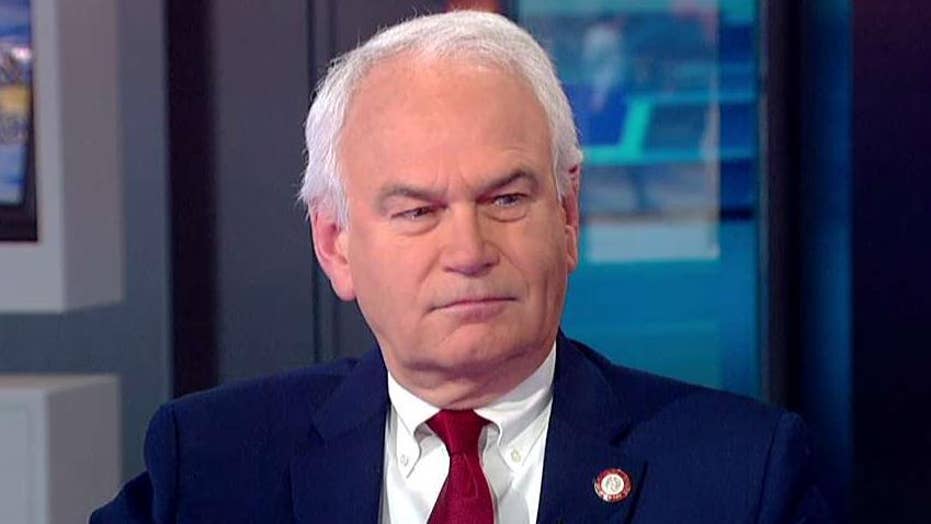 In a move that defies the state's governor, Democrat New York City Councilman Robert Holden says ICE needs to be kept in state courthouses so agents can deport lawbreakers.

A New York City Democratic councilman is pushing back against Gov. Andrew Cuomo’s support of a bill that would ban ICE agents from making arrests around the state’s courthouses without a warrant signed by a judge.

Robert Holden’s appearance on "Fox & Friends" Wednesday comes after New York’s Office of Court Administration issued new guidelines limiting the powers that agents from the federal immigration enforcement agency have in making arrests inside the courtrooms.

“We want to actually deport the criminals, right? That’s what we are trying to do,” Holden said. “ICE, that’s their job along with stopping drug trafficking and all sorts of other nasty things.”

In a radio interview in late April, Cuomo, according to the New York Law Journal, expressed support for a piece of state legislation called the Protect Our Courts Act.

“The purpose of this bill is to facilitate continued access to the justice system and courts by all members of the community without fear of immigration-related consequences,” reads a description of it on the New York State Assembly’s website. The legislation is still making its way through the Democrat-majority state government.

But Holden believes the bill would only obstruct ICE in carrying out their duties, and that Cuomo, whom he says is “now way over to the left,” is “pandering.”

“We have thousands of people coming in illegally to this country, committing crimes – many of them – and it’s gotten to a point where New York City, we are spending 50 million dollars on protecting, on giving legal rights and attorneys to undocumenteds,” he said. “That doesn’t make any sense.”

“We are at the point where we have to make a decision – and I support the president on immigration,” Holden added.