A New York court earlier this week ruled that a mask mandate that includes children in school was invalid, yet a day later it was back in effect. This left parents who have been fighting the mandate disappointed that their children still had to cover their faces due to the state's response to the COVID-19 pandemic.

Jen Saia, a Long Island mother who is one of the plaintiffs in the case, told Fox News Digital that the hours in between a lower court ruling in their favor and news that her young children had to keep wearing masks anyway left her and others "very frustrated and confused."

"My initial reaction was joy, and then quickly that reaction turned to it’s too good to be true, something else will happen because things don’t go like this in New York," Saia said.

In the immediate aftermath of the ruling by Nassau County Supreme Court Judge Thomas Rademaker that blocked the mandate for being outside the scope of Gov. Kathy Hochul's administration’s power, the state told schools that they "must continue to follow the mask rule" because their appeal would "result in an automatic stay" that would keep it in place. 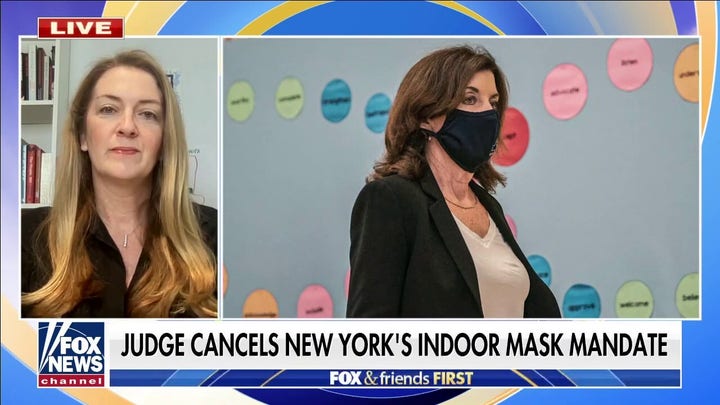 According to Saia, this led to confusion throughout Long Island, with different school districts interpreting the rules differently. In her district of Lynbrook, parents were told late Monday night that masks would be optional for students going forward, only for that to be reversed early Tuesday morning, with students once again being required to wear them, per the state’s instructions.

In other districts, attorneys believed that the state’s claim of an automatic stay was incorrect, and masks were not required.

As it turned out, the mask mandate did not officially go back into effect until later that day, after the state submitted a formal request with the court’s appellate division and a judge issued a decision following an afternoon hearing.

Fox News asked Hochul’s office when the administration realized the stay was not automatic, but it did not immediately respond.

Saia has two children in Nassau County schools, one in preschool and one in Kindergarten. The older child, now 5, has had to wear protection over their face for two years. Both children wear eyeglasses, making the mask requirement all the more difficult.

"We as adults know that when we wear masks our glasses fog up. For adults it’s super annoying, for children trying to learn, read mouths, and listen to sounds, it’s just an incredible distraction and a major disservice to what they’re trying to accomplish and that is to be educated and learn, and socialize," Saia said. "I don’t think that my children always recognize peers from their class if they happen to see them outside of the classroom without a mask on." 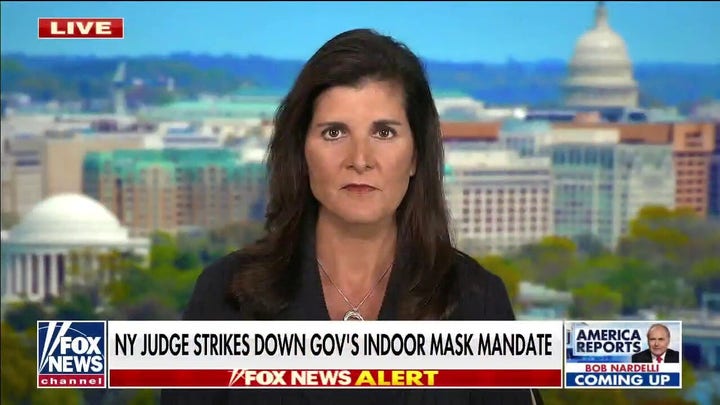 After the court granted the stay, New York state education commissioner Betty Rosa said her agency was "pleased" with the result.

"We support Governor Hochul and the state Department of Health as they continue with the appeal," Rosa said. "We thank the members of our school communities for their patience during this process."

New York Attorney General Letitia James called the mandate and Tuesday's ruling "critical in helping to stop the spread of this virus and protect individuals young and old."

Saia called the ruling "disappointing" but said she is "hopeful that the courts will do the right thing moving forward."

Saia said if children were "severely impacted" by COVID-19 and masks were needed to protect them, her position would be different.

"I would not be doing this," she said.

With data showing that young children face less of a risk than adults, Saia said that the real impact kids feel is the result of government policies.

"At the end of all this, the children continue to be in the crosshairs of the political game, and that has been my plight for months now to get my children their childhood back," she said. "They’re being robbed of time. We’re all being robbed of precious time, and it’s not right."