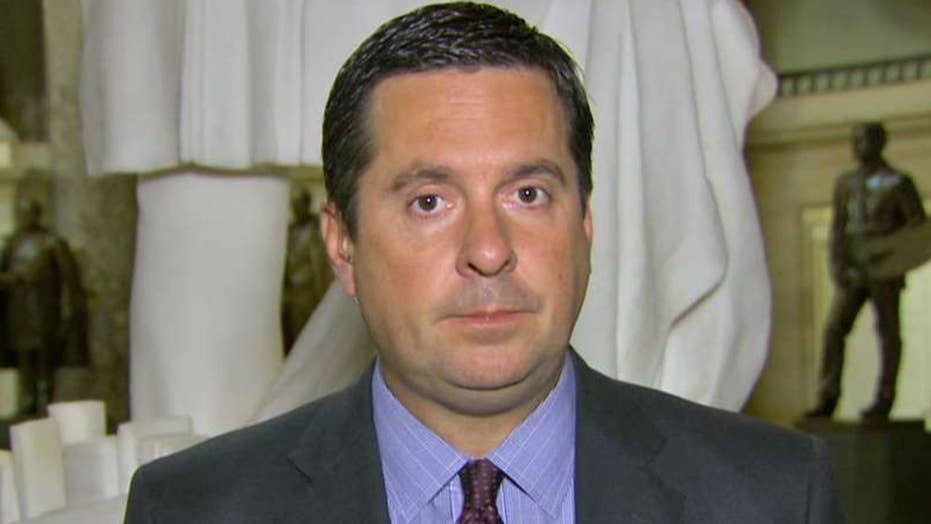 House Intelligence Committee chair speaks out ahead of deadline for agencies to hand over materials on alleged informants inside the Trump campaign.

The chairman of the House Intelligence Committee is calling for 10 government officials who served at the State Department or White House during the Obama administration to testify in Congress about the Russia probe as he investigates possible government surveillance abuse during the 2016 election.

Dibble, the former deputy chief of mission at the U.S. embassy in London, a city where other figures in the Russia investigation were operating.

Winer, a former Obama State Department official, has acknowledged he had regular contact with ex-British spy Christopher Steele, the author of the controversial anti-Trump dossier.

Steele’s dossier was at the heart of the controversial memo released this year by Nunes alleging that the FBI sought a surveillance warrant for a Trump associate based in large part on that dossier, without fully revealing that the research had been funded by Democratic sources.

“For the sake of transparency and to keep the American people as fully informed as possible about these matters, the task force should consider interviewing these individuals in an open setting,” Nunes wrote in the letter.

The House Intelligence Committee does not have direct oversight over the FBI and the DOJ, so testimony is more likely to be compelled by referring names to the Oversight and Judiciary Committees.

Nunes has suggested that the FBI may have violated criminal statutes, as well as its own strict internal procedures, by using unverified information during the 2016 election to obtain a surveillance warrant on onetime Trump campaign aide Carter Page.

A memo released by the intelligence committee in February stated that the FBI and DOJ sought surveillance warrants to spy on Page by using the infamous, Democrat-funded anti-Trump dossier that included salacious and unverified allegations about Trump's connections to Russia.