The California Republican previously said he wanted to know exactly who was employing Mifsud when he spoke with George Papadopoulos, a former adviser to then-candidate Donald Trump.

“If the FBI does in fact have transcripts of Papadopoulos talking to anyone … I think Congress, and the American people, have a right to know this because in fact we paid for it, and we had to deal with this for two and a half years. We had to suffer through this,” he told Maria Bartiromo on “Sunday Morning Futures.”

Mifsud largely has vanished from public eye after his name began surfacing in news stories.

Last week, Nunes sent a letter addressed to Secretary of State Mike Pompeo, CIA Director Gina Haspel, National Security Agency Director Paul Nakasone and FBI Director Chris Wray. It asks them to hand over all information they had on Mifsud by May 10. 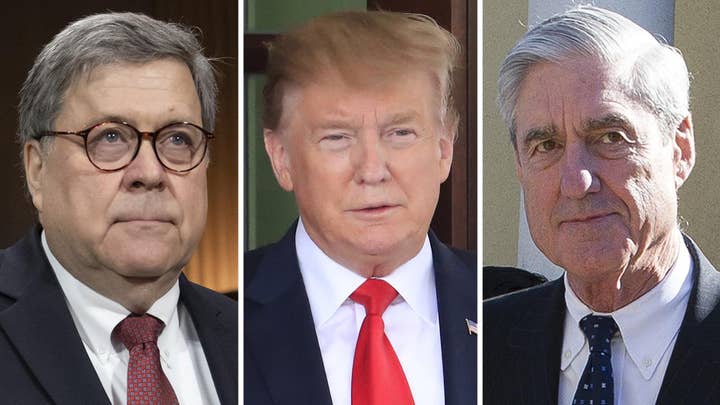 Nunes told Bartiromo he was concerned about how the Mueller report seemed to “cherry-pick” information regarding Mifsud.

“They pick a news story, and then they cherry-pick from it,” he said. “So, they use it partly to describe where Mifsud worked. But then they fail to say in that same story that they have given support to by using it in the Mueller dossier.”

Mifsud is a crucial figure in the report: Mueller’s report stated that Mifsud was the one who told Papadopoulos in April 2016 that the Russians had “dirt” in the form of emails that could damage Hillary Clinton’s 2016 presidential campaign.

Nunes told Bartiromo: “They cherry pick it and they don't use that Mifsud was described as a Western intelligence asset.”

He added that anyone simply could use the Internet to get a fuller picture of Mifsud: “You'll find pictures of him with many foreign dignitaries, foreign leaders.”

Nunes told Bartiromo it's the job of Republicans to get to the bottom of Mifsud’s identity: “How is it that we spent $30-plus million on (the Mueller report) as taxpayers. Yeah. And they can't even tell us who Joseph Mifsud is... we're getting to the bottom of this.”