Republican chairman of the House Intelligence Committee says the surveillance warrant for Trump campaign aide Carter Page appears to be a clear of violation of FBI rules for submitting evidence to the FISA court and may also violate criminal statutes; chief intelligence correspondent Catherine Herridge reports.

The FBI may have violated criminal statutes, as well as its own strict internal procedures, by using unverified information during the 2016 election to obtain a surveillance warrant on onetime Trump campaign aide Carter Page, the chairman of the House Intelligence Committee charged Thursday in a letter obtained by Fox News.

Nunes cited the Domestic Investigations and Operations Guide (DIOG), which was created by the bureau and approved by the Justice Department, to say he believed the FBI violated procedures requiring verified and documented evidence in applications to the Foreign Intelligence Surveillance Court.

An Oct. 2011 version of the operations guide states that the “accuracy of information contained within FISA applications is of utmost importance... Only documented and verified information may be used to support FBI applications to the court.”

The guidance also states that information in a FISA application must be “thoroughly vetted and confirmed.”

Nunes to Sessions: FBI may have violated criminal statutes in Carter Page FISA application by Fox News on Scribd

A memo released by the intelligence committee last month stated that the FBI and DOJ sought surveillance warrants to spy on Page by using an infamous, Democrat-funded anti-Trump dossier that included salacious and unverified allegations about Trump's connections to Russia.

“Former and current DOJ and FBI leadership have confirmed to the committee that unverified information from the Steele dossier comprised an essential part of the FISA applications related to Carter Page,” Nunes wrote Thursday.

Nunes listed five criminal statutes that were possibly violated, including conspiracy, obstruction of justice, contempt of court. It also cites statutes that make it a crime to willfully deprive a person of a right protected by the Constitution and another preventing unauthorized electronic surveillance.

In the letter, Nunes asks Sessions whether these protocols requiring verified information have changed, and if not, what steps the DOJ or FBI taken to hold officials behind the Page application accountable. 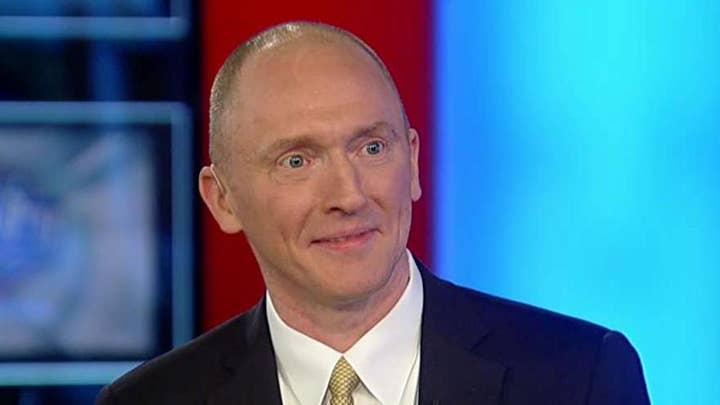 “In his latest letter to an Attorney General recused on the matter, Chairman Nunes continues his effort to attack and malign the honorable men and women of the FBI and the Department of Justice,” the committee's ranking member, California Democrat Adam Schiff, responded. “The Republican memo having been discredited, this new attempt to roil the Department is little more than another transparent effort to defend President Trump by trying to discredit and distract from the Special Counsel and Congressional investigations.”

“The extraordinarily productive results of HPSCI's ongoing investigation and associated legal analyses offers a positive role model for both the U.S. Intelligence Community and the Justice Department as that part of the executive branch begins work toward urgent reputational repair and basic standards of integrity within their federal agencies after the unprecedented FISA abuses of 2016,” Page told Fox News. “Just as Chairman Nunes effectively fought back against frivolously partisan political attacks and cleared his name through competent Congressional oversight bodies following false allegations regarding possible conflicts of interest last year, I hope that the Justice Department's ethics officials give the Attorney General’s stellar record and benign relationship with the President an unbiased look as well.”

Sessions acknowledged this week that Horowitz is probing the circumstances of the surveillance of Page.

“We believe the Department of Justice must adhere to the high standards in the FISA court,” Sessions said during a news conference Tuesday. “Yes it will be investigated. And I think that's just the appropriate thing the inspector general will take that as one of the matters he'll deal with.” 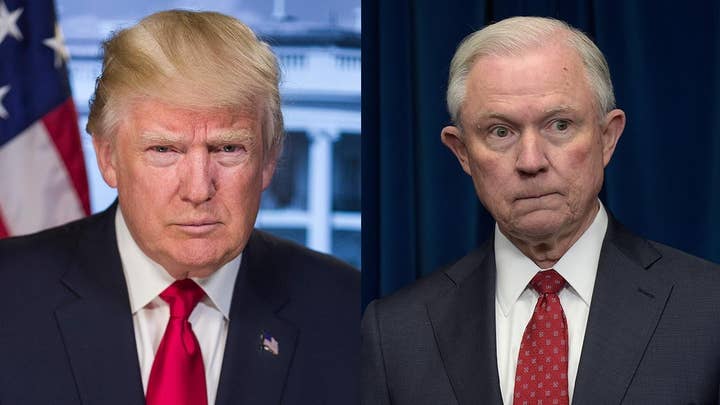 That admission, though, put Sessions back in President Trump’s crosshairs Wednesday, with the president referring to Horowitz as an “Obama guy” and calling Sessions’ decision “disgraceful.”

House Intelligence Committee Republicans and Democrats have argued over whether the dossier was a primary or secondary element of the surveillance application.

Democrats released a rebuttal memo on Sunday, saying the dossier was corroborated by multiple sources.

But in his June 2017 testimony to the Senate Intelligence Committee, then-FBI Director Jim Comey said he still considered the dossier “unverified” and “salacious” three months after the October 2016 surveillance warrant was granted.