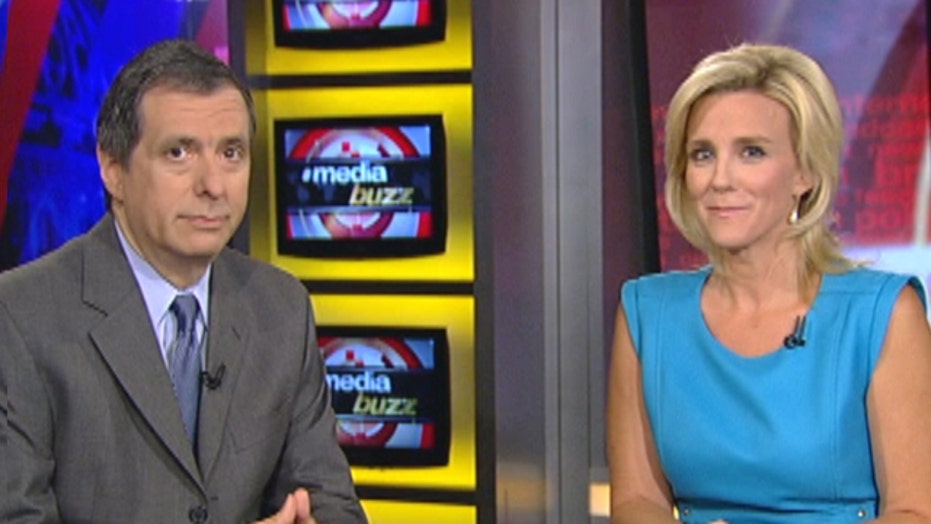 Kurtz on nude photo hacking: Media are part of the problem

The hacking that led to those nude celebrity photos being strewn around the web is nothing short of an appalling and disgusting invasion of privacy.

There are serious questions about the complicity of such sites as 4chan and Reddit, and the security of such services as Apple’s iCloud. The media outrage is justified, in my view, not just an attempt to boost ratings and clicks by talking about naked shots of Jennifer Lawrence, Kate Upton, Kim Kardashian and the rest.

But there is a strong whiff of hypocrisy here. Many high-traffic websites feast on showing every inch of female flesh, preferably belonging to famous females, than they can access. These may occur in wardrobe malfunctions, paparazzi shots of women in bikinis or topless sunbathing, or just out-and-about actresses and models who wind up revealing a bit more than they had planned.

I mean, the Huffington Post has an entire section labeled “Sideboob.”

The Daily Mail, one of the most popular news sites in the world: Actress Ruth Wilson flashes “a hint of sideboob” at the U.S. Open.

The Daily Caller runs such slideshows as "The Hottest Women on the Internet This Week."

Now none of this is remotely close to stealing private pics from celebs, no question about it. But doesn’t it exploit women as sexual objects, merchandizing embarrassing images of them for fun and profit? And doesn’t it reflect a culture that feasts on such material?

To be sure, certain women, going back to Pamela Anderson and Kardashian, have made sex tapes that somehow made their way onto the Net in what many concluded were calculated career moves.

And if women in public want to dress in ultra-revealing clothing, especially at premieres and award shows, it’s hardly a shock that the pictures will be plastered across the web and (mostly) men will click on them. Just the other day, HuffPost ran the headline “Kim Kardashian Stuns in See-Through Gown”—and I wonder how much traffic these constant features generate.

Remember when a bunch of female stars were getting out of cars without underwear, only to have their private parts photographed? The solution is obvious, unless they actually wanted such images out.

But the same doesn’t apply to the wardrobe accidents and the “nip slips” that have become a staple online. There is a market for those pictures that some media companies have been all too happy to serve, along with more serious news.

Without irony, HuffPost ran a piece by Lily Karlin on the nude photo controversy that declared:

“Just look to our media landscape for evidence: Countless cosmetic and beauty ads suggest women's bodies exist only to be sexy to men. Films and television shows repeatedly use female bodies as props for male characterization, or depict them as trophies for a male hero to win at the end of his tale.”

As for the dark underbelly of the Internet, the New York Times says, some argue that “users themselves should do some self-policing, taking a more hard-line approach than companies have traditionally been willing to take. On Reddit, a site whose users are well known for a libertarian, laissez-faire approach to community censorship, the photos were quickly embraced, with at least one subforum dedicated to discussing and trading them…

“The site’s policy has been to allow its users to police themselves, letting self-appointed community moderators decide what is and is not appropriate to appear on the site.”

As for those who say these women shouldn’t have taken the photos in the first place, actress and singer Mary Winstead, one of those caught in the hacking, tweeted the following: "To those of you looking at photos I took with my husband years ago in the privacy of our home, hope you feel great about yourselves." She says she’s getting off social media for now.

Want to see what she (and women generally) are up against? Here are just a couple of the printable responses on Twitter:

“Stupid, it if you take a nude, Knowing it will' be on the Whole WEB, and you do it anyway, your a Slut.”

By all means, we should condemn this shameful hacking. But some media organizations might want to think twice about the way they traffic in fare that feeds this culture.