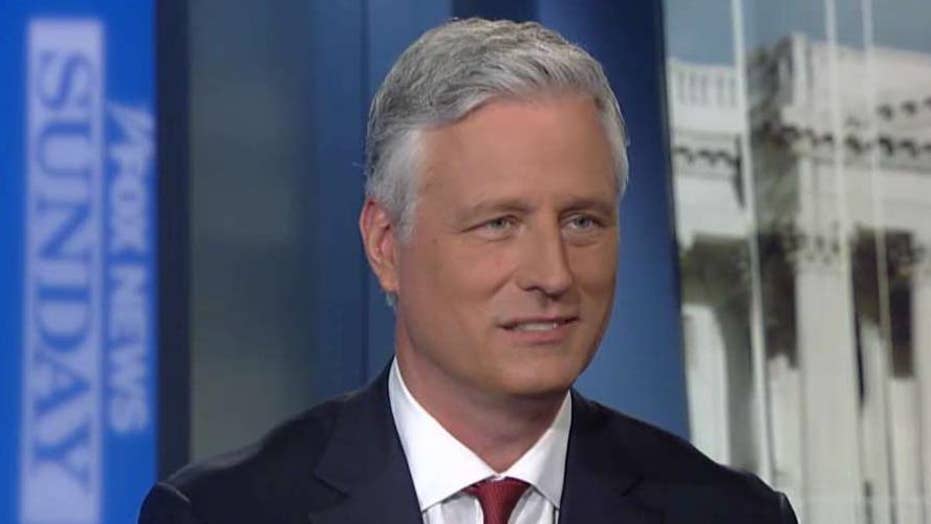 National Security Adviser Robert O'Brien expressed confidence that despite recent aggression from Iran, a combination of U.S. sanctions and protests from Iranian citizens will force them back to the negotiating table.

O'Brien noted that even though Iran has continued hostilities while the Trump administration has crippled its economy, the impact will eventually be too much for the rogue nation to bear.

"I think the maximum pressure campaign is working," O'Brien told "Fox News Sunday," stating, "Iran is being choked off, and Iran is going to have no other choice but to come to the table."

President Trump had pulled out of the Iran nuclear deal, and the sanctions were geared towards pushing the Islamic nation to negotiate terms more beneficial to U.S. interests. The deal is also set to expire, but O'Brien believes the financial impact of U.S. sanctions will ultimately be too much for Iran, stating "there's no other way for them to get the money they need."

Also affecting the Iranian leadership have been protests in the streets, as citizens are speaking out after the government admitted they shot down a Ukrainian jetliner last week. Iranian leaders initially denied responsibility, then claimed it was an accident, blaming the recent hostilities with the U.S.

O'Brien said Iran's response was "typical" and that the protests are adding to the pressure the Iranian government is facing on the economic front.

"What's going to cause them to negotiate is the pressure on the economy, and when you've got students out there chanting 'death to the dictator,' and when you have thousands of Iranians out protesting in the street, that's the sort of pressure that's going to bring them to the table," he said.

President Trump has expressed support for the protesters, tweeting messages in both English and Farsi stating that the U.S. “will continue to stand with you.”

O'Brien also addressed President Trump's claim, made in an interview with Fox News' Laura Ingraham, that Iranian Gen. Qassem Soleimani was planning attacks on four different U.S. embassies before U.S. forces killed him in a recent airstrike. Democrats in Congress have criticized Trump for carrying out the operation without their approval and claimed that a recent intelligence briefing -- which did not mention embassy attacks -- did not adequately show that there was an imminent threat.