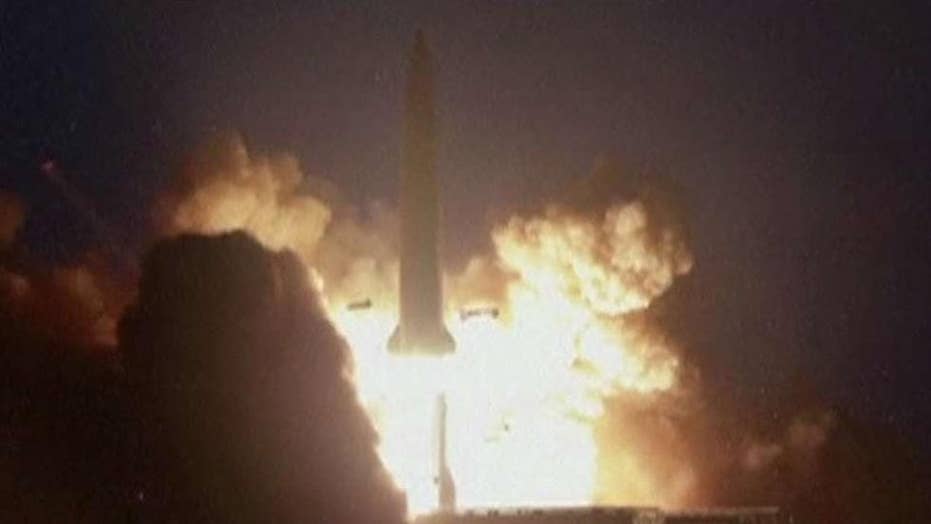 North Korea said Saturday that dictator Kim Jong Un supervised the test-firing of a new weapons system, the latest in a series of launches widely seen as an effort to drive a wedge between the U.S. and South Korea amid ongoing joint military exercises between the two countries.

The KCNA statement came hours after President Trump said Kim has expressed a desire to meet again to start nuclear negotiations after the end of ongoing joint U.S.-South Korea military exercises, and had apologized for the flurry of recent short-range ballistic launches that rattled U.S. allies in the region.

In a separate statement, North Korea's Foreign Ministry blasted South Korea for continuing to host military drills with the United States and said that its future dialogue will be held strictly between Pyongyang and Washington.

South Korea's military said Friday that the North had launched two short-range ballistic missiles Saturday, the fifth such launch within the past two weeks. The country's Joint Chiefs of Staff said the missiles flew around 250 miles and landed in the Sea of Japan. 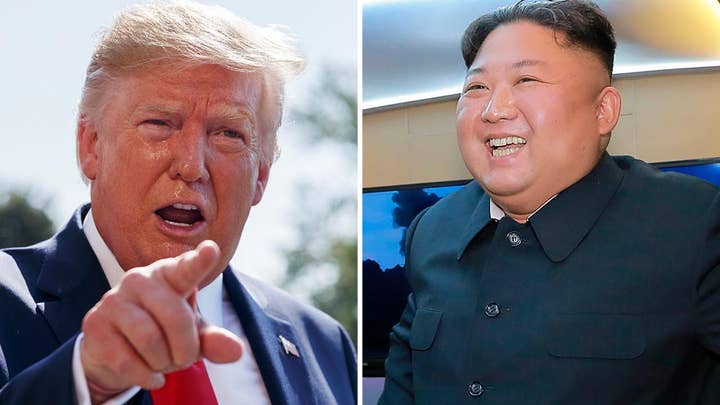 By launching a slew of weapons that directly threaten South Korea but not the U.S. mainland or its Pacific territories, North Korea also appears to be dialing up pressure on Seoul to make stronger efforts to coax major concessions from the United States on Pyongyang's behalf.

South Korea has said North Korea's recent launches could hurt efforts to stabilize peace on the Korean Peninsula and called for the North to uphold an agreement to form a joint military committee to discuss reducing tensions, which was part of the inter-Korean military agreement reached last year. North Korea in recent months has ignored the South's calls for dialogue while demanding that Seoul turn away from Washington and resume inter-Korean economic cooperation held back by U.S.-led sanctions against the North.

The rash of weapons firings come as American and South Korean forces conduct a 10-day military exercise which the North has denounced. North Korean officials have called the large-scale annual drills a "rehearsal for war" while the South called the test-firings a show of force.

Pyongyang has claimed that the U.S.-South Korea exercises force it to "develop, test and deploy the powerful physical means essential for national defense." 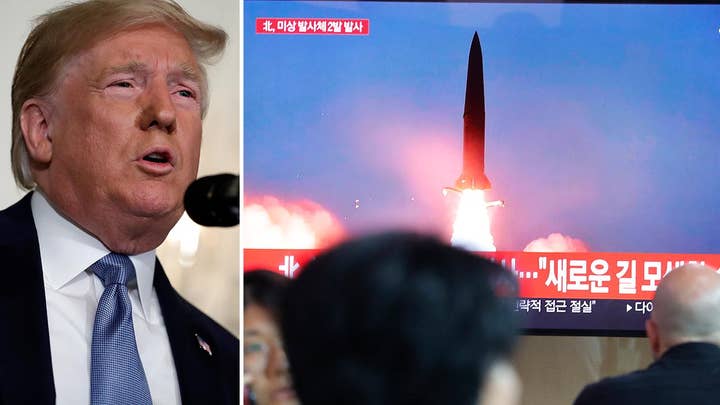 “Given that the military exercise clearly puts us as an enemy in its concept,” said Kwon Jong Gun, director of the U.S. affairs department at Pyongyang's Foreign Ministry. "They [South Korea] should think that an inter-Korean contact itself will be difficult to be made unless they put an end to such a military exercise or before they make a plausible excuse or an explanation in a sincere manner for conducting the military exercise."

"Though we are to enter into a dialogue in future as the currents flow in favor of dialogue, [the South] had better keep in mind that this dialogue would be held strictly between the D.P.R.K and the U.S., not between the North and the South," Kwon said, referring to North Korea by its formal name, the Democratic People's Republic of Korea.

Kwon's remarks come a day after the North blasted the South's acquisition of U.S.-made F-35 fighter jets as it tries to expand its military capabilities, warning that Seoul would gain "nothing but destruction" if it pursues a contest of strength with the North.

Hours after the North's latest launches, Trump tweeted that Kim spent much of his letter complaining about "the ridiculous and expensive" U.S.-South Korea military exercises. He said that Kim offered him "a small apology" for the flurry of missile tests, and that he assured him they would stop when the exercises end.

Trump said the tests do violate Kim's pledge to give up nuclear and long-range tests. He said on Friday he received a "beautiful" three-page letter from Kim in which the leader complained of "the ridiculous and expensive exercises."

Trump and Kim met twice for summits in Singapore and Hanoi. In June the leaders briefly at the demilitarized zone that divides North and South Korea.

Fox News reporter Adam Shaw and The Associated Press contributed to this report.