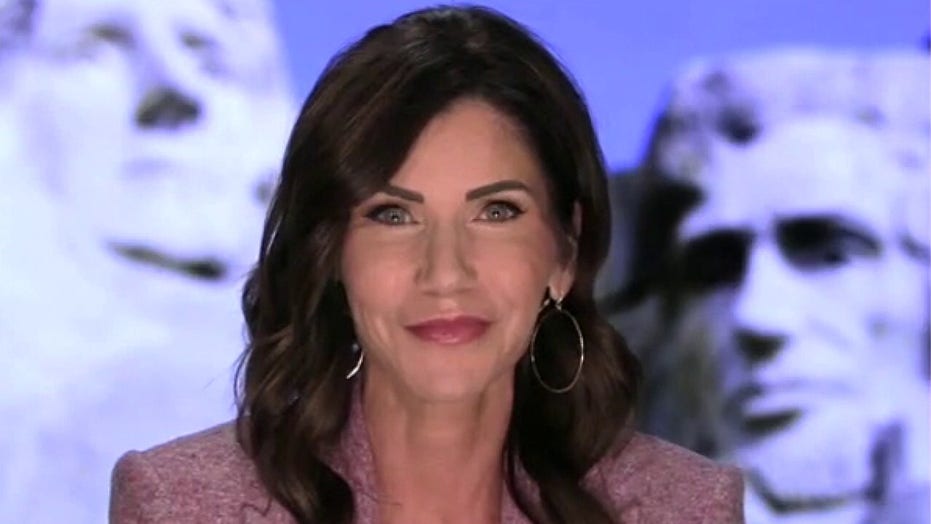 EXCLUSIVE: South Dakota Gov. Kristi Noem sued the Biden administration on Friday after it canceled the Independence Day fireworks celebration at Mount Rushmore, demanding the court "expeditiously" issue a permit for the event to take place.

Noem, a Republican, filed a lawsuit Friday in U.S. District Court for the District of South Dakota Central Division.

"Mount Rushmore is the very best place to celebrate America’s birthday and all that makes our country special," Noem wrote. "After telling us they’d ‘circle back,’ the Biden Administration has not responded to our request to uphold the Memorandum Agreement between the State of South Dakota and the National Parks Service to host a safe and responsible national celebration and fireworks show."

Noem said the Biden administration has "departed from longstanding precedent and reneged on this agreement without any meaningful explanation."

"We are asking the court to enjoin the Department of Interior’s (DOI) denial of the fireworks permit and order it to issue a permit for the event expeditiously," she added.

Noem had asked President Biden to uphold a 2019 memorandum agreement between the National Parks Service and the state, which allowed the return of the fireworks event for 2020.

Last year, South Dakota hosted the fireworks display for the first time since 2009, after having been canceled due to wildfire risks.

The event included an appearance from former President Donald Trump, provoking criticism that the state disregarded guidance on social distancing during the coronavirus pandemic. Noem, though, has argued that contact tracing was unable to track a single case of COVID-19 back to the event.

The National Parks Service (NPS) notified South Dakota of its decision to ban the fireworks display last month, citing concerns about COVID-19, tribal objections and alleged danger to the park itself.

NPS Regional Director Herbert Frost wrote to South Dakota’s tourism office in March citing "potential risks to the park itself and to the health and safety of employees and visitors associated with the fireworks demonstration," saying that they "continue to be a concern and are still being evaluated as a result of the 2020 event."

Frost added, "In addition, the park’s many tribal partners expressly oppose fireworks at the Memorial."

Neither the White House nor the National Parks Service immediately responded to Fox News’ requests for comment on the lawsuit.