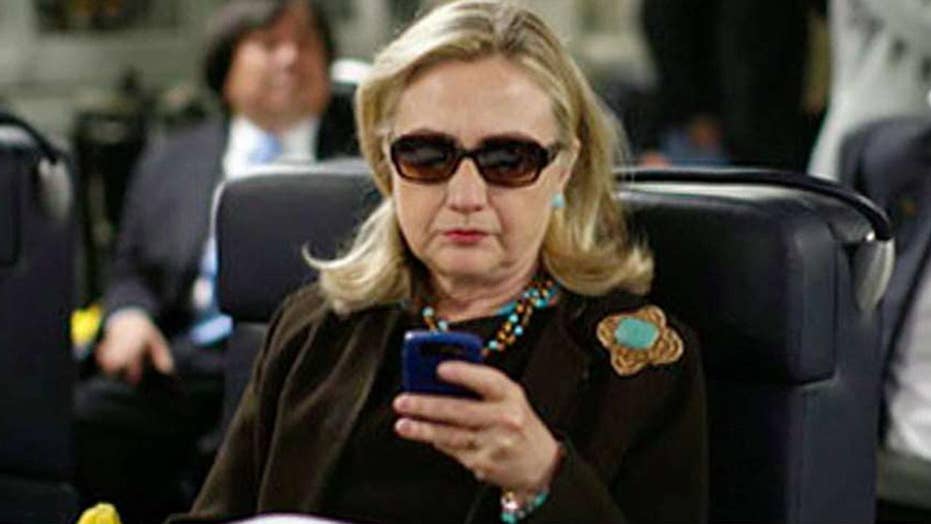 A conservative watchdog group on Friday released 78 pages of new Hillary Clinton emails –three of which contained classified information and others that revealed the former secretary of state knew about potential security issues with her private email server.

The State Department turned over the new emails to Judicial Watch as part of the group’s Freedom of Information Act lawsuit, which is on an accelerated schedule of production ordered by U.S. District Court Judge James Boasberg.

Boasberg ordered the State Department to complete processing of the remaining 72,000 pages recovered by the FBI in its investigation into Clinton’s private email server by Sept. 28, 2018.

Judicial Watch said the new emails appear to be among those that Clinton had attempted to delete or had otherwise failed to disclose.

“The fact that Hillary Clinton and her agents tried to destroy or hide emails shows how she flagrantly and knowingly violated the laws that protect classified information and government records,” Judicial Watch President Tom Fitton said in a statement. “And these new emails refute Hillary Clinton’s repeated claims of having little or no knowledge about her email system. She clearly was fully in charge of setting up her outlaw email system and overseeing its use.”

One email on June 6, 2011 from Clinton aide Justin Cooper, who asked State Department IT aide Bryan Pagliano to set up Clinton’s private email server, warned about “overseas” security issues with her emails and BlackBerry devices.

“All of your older messages will remain on the server. There is a way for me to move everything onto the new device, but the security whizzes have convinced me that this is a horrible thing to do because you also transfer any viruses, spyware and junk overseas providers hide on there,” Cooper wrote in the email. “We also have some new security features and policies [sic] that I would like to add to any new berry you have –the most noticeable difference will require a more complex password. It is a constant fight to keep up with the security measures and unfortunately we keep seeing reminders of why we need to.”

Throughout the FBI investigation, and congressional probes into the private email server, Clinton claimed she wasn’t involved in issues involving the “email system.”

But new emails show exchanges between Clinton and top aides, like Pagliano and Cooper, who helped to set up the servers, discussing backups of emails and the setting up of Clinton’s ipad.

Cooper reportedly had no security clearance.