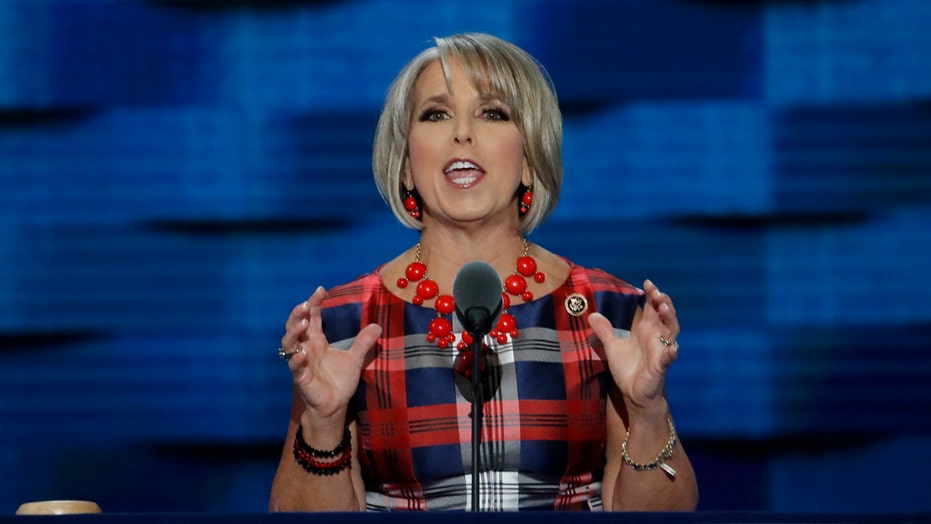 New Mexico Gov. Lujan Grisham invoked the state’s Riot Control Act to slow the spread of coronavirus and sealed off the roads into and out of the hard-hit city of Gallup, she announced Friday.

To help control a surging outbreak in the city, the Democratic governor locked down the city at the request of Gallup’s mayor, Grisham said in a news release.

The Riot Control Act allows the state’s governor to enact temporary restrictions under a state of emergency, including prohibiting residents from being on public streets and the use of certain streets and highways.

Beginning noon Friday, all roads into the city were shut down and businesses were required to close from 5 p.m. until 8 a.m. in the city of 22,000. Additionally, only two people are allowed in a vehicle at the same time.

The governor said residents should shelter in place "unless absolutely necessary for health or safety or a medical emergency."

Anyone who fails to comply with the restrictions will be found guilty of a misdemeanor, or a fourth-degree felony if they are found to be breaking the rules more than once.

The city’s lockdown will expire May 4, as the Riot Control Act terminates automatically at noon on the third day after it becomes effective.

“I recognize this request is unusual and constitutes a drastic measure, and the emergency powers set out under the Riot Control Act should be invoked sparingly,” said Mayor Jack McKinney in his letter asking the governor to invoke a state of emergency in his city. “However, the COVID-19 outbreak in the city of Gallup is a crisis of the highest order. Immediate action is necessary.”

According to Grisham, McKinley County, where Gallup is located, has reported 1,027 positive coronavirus cases, more than 30 percent of the state’s total. The county has also faced 19 deaths.

“Its infection trend shows no sign of flattening,” a press release from the governor’s office said.

McKinney called the outbreak in his city a “crisis of the highest order.”

"The virus has caused many deaths, stretched medical facilities and resources to their capacity, and adversely impacted the welfare of the city of Gallup," he wrote on Thursday. "Our community is unable to adequately address the outbreak without the imposition of certain restrictions necessary to regulate social distancing, public gatherings, sales of good, and the use of public streets."