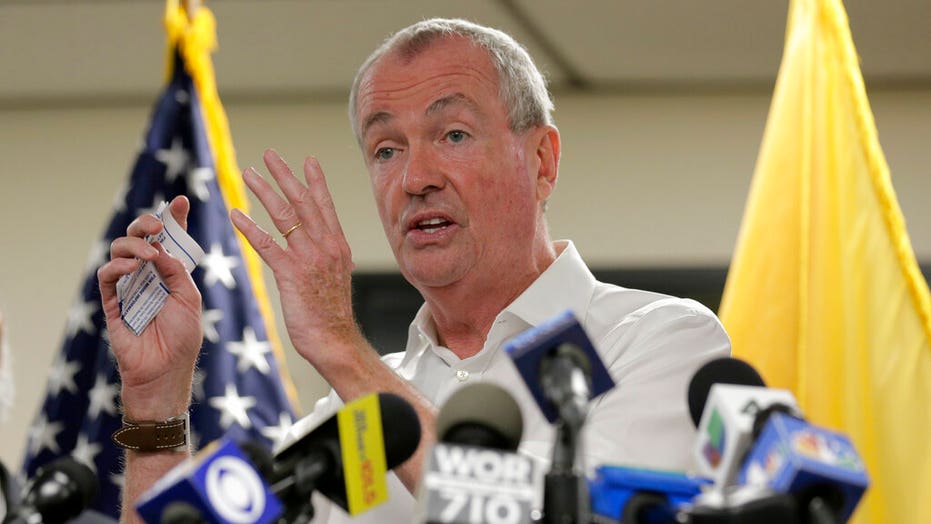 A state judge in New Jersey issued a temporary restraining order Wednesday blocking the state's right-to-die law from being implemented two weeks after it took effect.

The move came after Dr. Yosef Glassman, a Bergen County physician, filed a lawsuit, saying he refused to participate in assisted suicides, including referring patients to another doctor if he decides to opt-out of prescribing life-ending medication, which is a stipulation in the law.

Glassman said in the lawsuit that the law conflicts with his religious beliefs as an Orthodox Jew as well as his obligations as a doctor to heal people.

Glassman said that being required to transfer medical records under the law is "not only a violation of the rights to practice medicine without breaching the fiduciary duties owing to those patients ... but also violations of their First Amendment rights under the United States Constitution to freely practice their religions in which human life is sacred and must not be taken."

Gov. Phil Murphy, a first-term Democrat who signed the Aid in Dying for the Terminally Ill Act into law April 12, said he would fight back against Mercer County Superior Court Judge Paul Innes's decision.

“It is really hard for me, particularly given growing up as a Catholic,” Murphy said Thursday at a news conference. “This one was not an easy one to get to, but I got convinced that it shouldn’t be the law that dictates how things end. But it should be you and your loved ones.”

“It is really hard for me, particularly given growing up as a Catholic. This one was not an easy one to get to, but I got convinced that it shouldn’t be the law that dictates how things end. But it should be you and your loved ones.”

The law, which took effect at the beginning of August but required a two-week wait period before doctors could administer prescriptions, permits adult patients with six months or less to live to obtain and self-administer life-ending medication. Patients must be diagnosed by two medical doctors and must also sign a written declaration with two witnesses present who can attest that the patient is acting voluntarily. The patient must also take the medication themselves.

“New Jersey’s assisted suicide law is a bad public policy that leaves many New Jersey residents at risk of abuse and coercion," Kristen Hanson, a community advocate for the Patients Rights Action Fund said in a statement to Fox News on Thursday. "The temporary restraining order issued, which prevents the policy from going into effect, is a welcome reassessment of a law that threatens the lives of the poor, older people, the terminally ill, and people with disabilities. New Jersey deserves better end-of-life-care, not assisted suicide.”

The next court date is scheduled for Oct. 23.