Tucker: Rep. Omar thinks she suffered more than you did on 9/11

A Twitter message posted Saturday by U.S. Rep. Ilhan Omar, D-Minn., has revived accusations of anti-Semitism against the freshman congresswoman and member of the far-left “Squad.”

The remark, posted ahead of Omar’s scheduled appearance at a CAIR (Council of American Islamic Relations) event in Washington, also drew a response from tennis legend Martina Navratilova, who accused Omar of “assigning labels.”

Omar’s defenders, however, claimed that charges of anti-Semitism against her were overblown, and that Omar’s critics were “obsessed with every word Ilhan says or tweets.”

Early Saturday afternoon, Omar reacted to a news report that said businessman Leon Cooperman had decided to back billionaire Michael Bloomberg for president. Both men are billionaires and Jewish.

“I wonder why?” came Omar’s response, which included a “thinking” emoji.

“I suppose you think it’s all about the Benjamins,” wrote Michael Dickson, executive director of Stand with Us, a group that fights anti-Semitism. “We get your insinuation. True to form.”

“We get your insinuation. True to form.”

“Omar very carefully making an anti-Semitic tweet with just enough vagueness to claim that ackshually [sic] she meant it was about the benjamins and not about religion,” Twitter user Josh Jordan wrote. “But everyone knows what she meant, which is why she continues to do it.”

"Everyone knows what she meant, which is why she continues to do it.”

“Ilhan Omar doesn’t tweet alone,” observed Hen Mazzig, an Israeli-Jewish activist. “She has a media team who’s [sic] job is to prevent her from saying offensive things. Either she can’t find anyone that is knowledgable about Antisemitic dogwhistles, despite Jews begging her to educate herself, or that they know what she says hurts us.”

“Generalizing is wrong no matter which ‘group’ of people one talks about,” Navratilova wrote. “It’s about assigning labels and I hate that.”

Others, however, came to Omar’s defense.

“Oh for God’s sake, stop this ridiculousness,” wrote Linda Sarsour, a Palestinian-American activist and former leader of The Women’s March, who herself has been accused of anti-Semitism. “This obsession with every word Ilhan says or tweets is tired and it’s getting old.”

“This obsession with every word Ilhan says or tweets is tired and it’s getting old.”

“This latest effort to twist @IlhanMN’s words and impute anti-semitism to what’s obviously a pretty standard observation about billionaires sharing similar political views is outrageous,” wrote Leah Greenberg, co-executive director of Indivisible, a group of activist former congressional staffers. “It should be given no credence whatsoever.”

Others noted that Omar has endorsed a Jewish man, Sen. Bernie Sanders, for president. 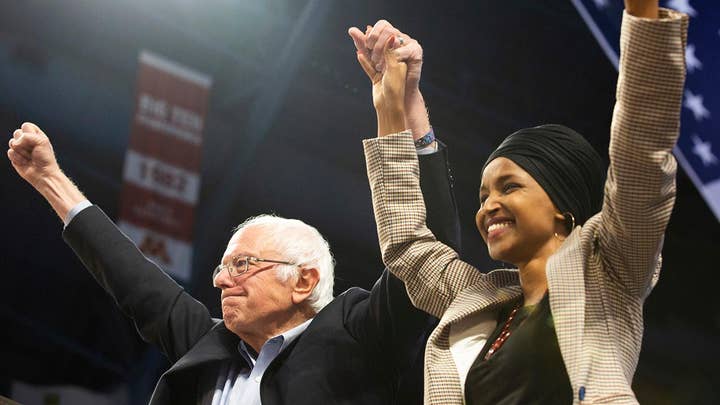 But the reactions of Omar’s defenders also drew responses.

“There is no effort to twist anything and you know this,” Twitter user Michael Elgort wrote, addressing Greenberg. “Dogwhistles are called like that on purpose and have meaning behind it. At the same time there are news on Bezos who chatted with Bloomberg, but she picks another billionaire who happens to be Jewish.”

“I am a progressive who lives in [Omar’s] district,” a Twitter user named Max wrote to Sarsour, “and there is no doubt in my mind that [Omar] has something against Jewish people.”

"There is no doubt in my mind that [Omar] has something against Jewish people.”

— Max, Twitter user claiming to be from Omar's district

Omar’s tweet came as she was preparing to address CAIR at the group’s annual gala in Washington. It was at a CAIR event in March that Omar made her much criticized “some people did something” remark about the terror attacks of Sept. 11, the New York Post reported.

The congresswoman has insisted on several occasions that she does not hold anti-Semitic views. In February, for example, Omar posted an apology after comments in which she implied that AIPAC [American Israel Public Affairs Committee], a prominent pro-Israel lobby, compensated U.S. lawmakers for their support of the Jewish state.

“Anti-Semitism is real and I am grateful for Jewish allies and colleagues who are educating me on the painful history of anti-Semitic tropes,” Omar wrote on Twitter. "My intention is never to offend my constituents or Jewish Americans as a whole. We have to always be willing to step back and think through criticism, just as I expect people to hear me when others attack me for my identity. This is why I unequivocally apologize.”

“At the same time," she added, "I reaffirm the problematic role of lobbyists in our politics, whether it be AIPAC [the American Israel Public Affairs Committee], the [National Rifle Association] or the fossil fuel industry. It's gone on too long and we must be willing to address it."

Omar and fellow “Squad” member Rep. Rashida Tlaib, D-Mich., have been targets of a petition by the American Center for Law and Justice, which calls for the lawmakers to face censure in Congress over remarks deemed as anti-Semitic. As of Sunday morning, the petition had more than 235,000 signatures, according to the group’s website. 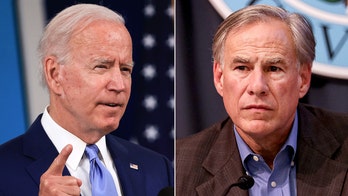 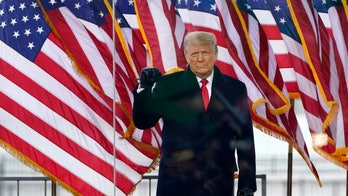