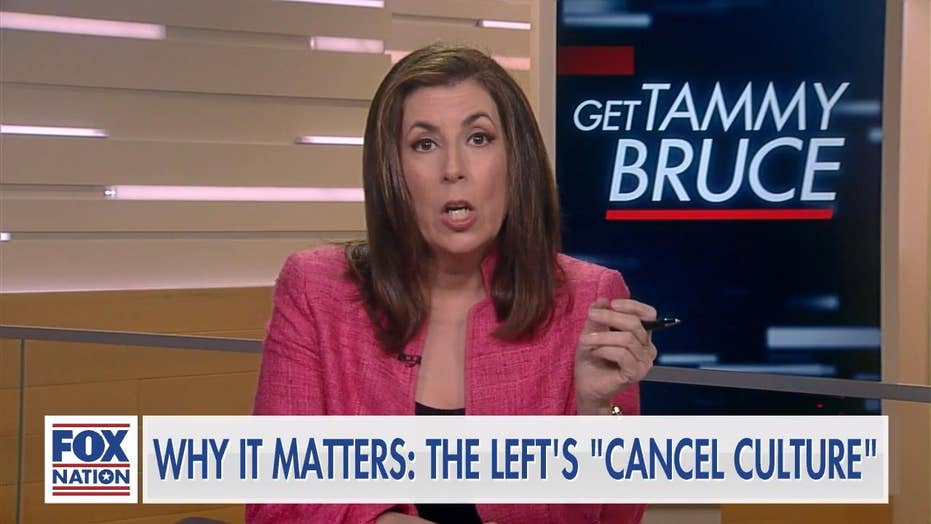 Martina Navratilova's attack on Amb Richard Grenell and why it matters: Tammy Bruce

BRUCE URGES AMERICANS TO EDUCATE THEMSELVES ON: 'WHY THE LEFT IS WORTH FIGHTING AGAINST'

"It reveals what's driving today's left, what is affecting people who are liberals," Bruce said on her Fox Nation show, "Get Tammy Bruce." "It provides some significant insight as to ... the kind of pressure the left puts on liberals, both famous and regulars... when it comes to the pressure to conform."

Navratilova's dispute with the ambassador was sparked by a tweet from Grenell marking his grandfather's first return visit to Normandy, France since he landed there as a soldier during World War II.

On October 13, Grenell tweeted, "In Normandy, where a hero Grandfather tells his grandson what it was like to be a 19 yr old Ohio teenager arriving in France to fight the Nazis."

Grenell included a picture of his grandfather and his partner Matt Lashey standing among the graves of fallen U.S. troops.

Navratilova replied to that tweet, apparently attacking Grenell for his role in the Trump administration and referencing the conflict in Syria.

"You tweet this while our troops are under fire thanks to your guy trump? Have you any idea about what is going on in Syria now? #crickets," she tweeted.

Grenell responded, writing, "My 95 yr old grandfather visits Normandy for the first time after he landed there as a 19 yr old teenager and you ridicule his moment? Seek help immediately! You have #TrumpDerangementSyndrome #greatestgeneration."

Bruce agreed with Grenell's assessment of Navratilova's mentality. "I think it's clear she does ...  not every single thing is about President Trump for or against him," but Bruce also argued that there is more to this story than meets the eye.

"Here's the background about why this matters and what this tells us about Martina, but more than that about everyone else on the left and the pressure to conform," Bruce said.

Bruce said she believes that Navratilova has been trying to find her way back into the good grace of the left, ever since she wrote a controversial opinion piece, for which she later apologized, criticizing the participation of transgender athletes in women's sports.

Navratilova is one of the world's most accomplished athletes, with a long list of achievements that includes winning the Wimbledon women's singles title a record nine times.

"Martina, who has been clearly a part of women's sports most of her life chimed in on what she felt was an unfairness," observed Bruce. "Now you can agree or disagree with her approach. Her point was that it effectively is unfair."

In response to Navratilova's column, the group, Athlete Ally, which is a nonprofit whose mission is “to end rampant homophobia, transphobia in sport and to activate the athletic community to exercise their leadership to champion LGBTQ equality,” said it was removing the tennis great as its organization's ambassador and from its advisory board.

"The backlash was swift and extraordinary," said Bruce. "She was punished effectively and shunned, and expelled from an advocacy group over her opinion in this regard. And this from a woman who arguably has done some of the most good work in diplomacy and advocacy for gay women, for gays in general, for minorities, for women in sports."

"This is what we now refer to as the cancel culture where you are to be destroyed if you say something that is unapproved," Bruce continued.  "I think that this exchange with Rick is a reflection now of her effort for at least the last 10 months to try to reingratiate herself with a community that had been mercilessly punishing her."

Bruce concluded, "It is this kind of intimidation and pressure that liberals feel... That's the overall message.  'Look what we will do to her if you do not conform'... Shame on her, but also perhaps it's time to feel sorry for her and so many others in this position."

Kathleen Joyce contributor to this report