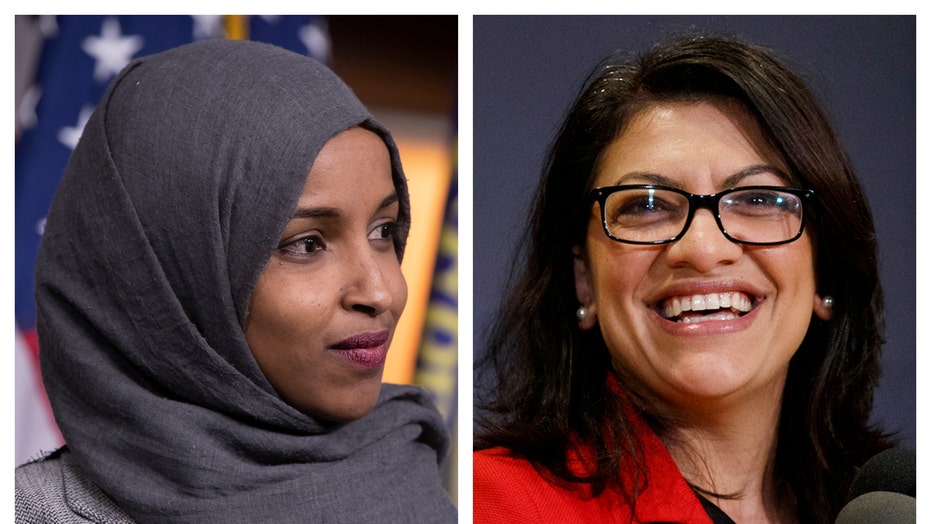 U.S. Reps. Ilhan Omar and Rashida Tlaib want to visit Israel -- but Prime Minister Benjamin Netanyahu will likely have the final say on whether the far-left "Squad" members may enter Jewish state.

Both Omar and Tlaib have previously announced a trip to Israel and Palestinian-controlled territories, but their plans have been mired in a series of controversies including their support for the anti-Israel BDS movement and charges that the U.S. congresswomen hold anti-Semitic views.

Meanwhile, Israeli law permits authorities to deny entry to any people who support a boycott of the Jewish state -- which both U.S. lawmakers have done.

Omar told Jewish Insider that she expects to travel to Israel and other territories “in a couple of weeks,” adding, “But truly, everything that I hear points to both sides feeling like there is still an occupation.”

According to Haaretz, the congresswomen may be allowed to enter if the Foreign Ministry recommends that the Strategic Affairs and Interior ministries issue a waiver for them on the basis that they are political figures and denying them the entry would negatively affect Israel’s foreign relations.

But due to the sensitivity of the issue, it will come down to Netanyahu, who enjoys a stellar relationship with President Trump, to decide whether to allow the congresswoman into the country, the newspaper reported.

Omar first came under fire after she tweeted in 2012 that Israel had “hypnotized the world” to carry out “evil.”

This year, she suggested U.S. politicians support Israel due to financial support -- saying it's all "about the Benjamins baby” -- echoing the anti-Semitic trope of Jewish or Israeli influence on politics, and later claimed that those lawmakers who support Israel “push for allegiance to a foreign country.”

Netanyahu himself hit back at Omar over the remark about financial influence, saying “Take it from this Benjamin: It’s not about the Benjamins!” during the annual conference of the American Israel Public Affairs Committee (AIPAC) this year. 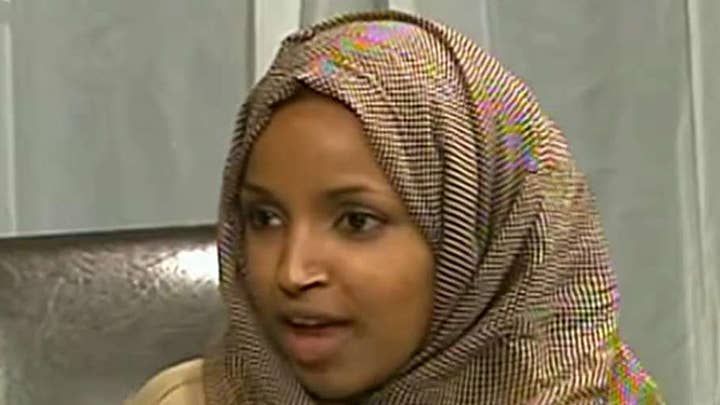 Tlaib, meanwhile, has been seen socializing with anti-Israel activists following her election victory and has come out against the two-state solution in the Israeli-Palestinian conflict, supporting instead a single-state solution.

She also came under fire in May after saying that the Holocaust gave her “kind of a calming feeling” in part because in its aftermath, the Palestinians helped create “a safe haven for Jews.”

“There’s always kind of a calming feeling, I tell folks, when I think of the Holocaust, and the tragedy of the Holocaust, and the fact that it was my ancestors — Palestinians — who lost their land and some lost their lives, their livelihood, their human dignity, their existence in many ways, have been wiped out, and some people's passports,” Tlaib said during an appearance on the Yahoo News podcast "Skullduggery."

“And, just all of it was in the name of trying to create a safe haven for Jews, post-the Holocaust, post-the tragedy and the horrific persecution of Jews across the world at that time. And, I love the fact that it was my ancestors that provided that, right, in many ways, but they did it in a way that took their human dignity away and it was forced on them.”