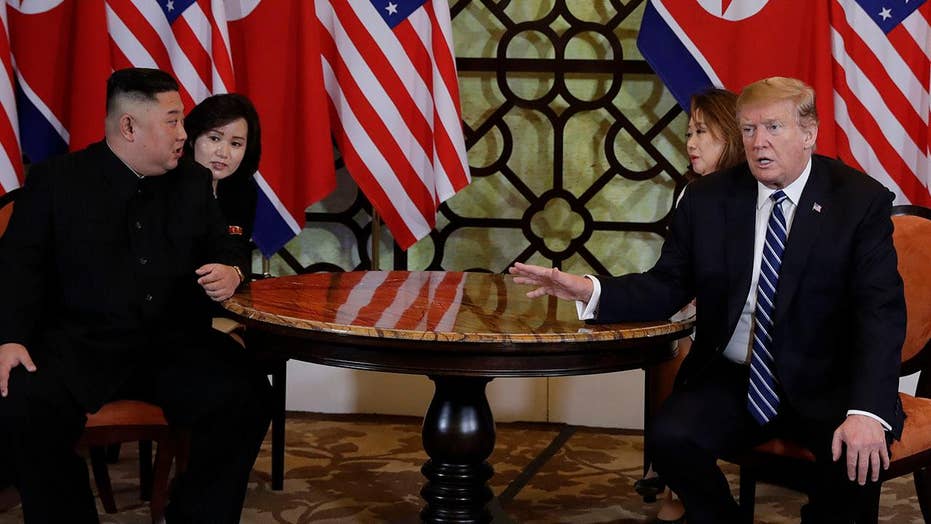 From what could be gleaned at President Trump's Thursday news conference in Hanoi, it seemed that his second summit with North Korean leader Kim Jong Un ultimately failed because both sides stood firm on the matters most important to them. For North Korea it was the lifting of sanctions and for the U.S. it was assuring denuclearization.

It was thought going into Thursday's meeting between the two leaders that North Korea could be satisfied with a restart of two inter-Korean projects that make money for Pyongyang: an industrial park and a tourist center. Both are based in North Korea and are hard cash-spinners.

TRUMP WASN'T PREPARED TO LIFT SANCTIONS ON NORTH KOREA, LEADING TO SUMMIT'S ABRUPT END: 'SOMETIMES YOU HAVE TO WALK'

But that apparently wasn’t enough. According to President Trump, North Korea wanted the U.S. to lift all of the sanctions enacted against it.

That was never going to happen at this stage. Not even a partial easing of the sanctions, which the North also might have suggested would have involved the U.N. and other bodies.

And even that wouldn’t have happened without substantial denuclearization.

On the denuclearisation front, it was thought that North Korea was going to offer the closing of its Yongbyon facility, an important site that makes plutonium and enriched uranium for bombs as well as tritium for their miniaturization. But it has been “closed” in two past negotiations. There were questions whether North Korea was going to go farther, allowing inspections and actually permanently dismantling the site.

According to Trump's news conference, the U.S. wanted more. There is at least one, maybe more, uranium enrichment facility beyond Yongbyon. Plus a range of testing and launch sites. And arsenals for weapons. It looks like the U.S. wanted to go farther.

It should also be noted that the U.S. possibly agreeing to a political declaration of the end of the Korean War did not play a factor, either.

In the end, this summit revealed the difficulty of negotiating these issues -- and the stubbornness of some factions on both sides.

Those are the risks of top-down diplomacy.