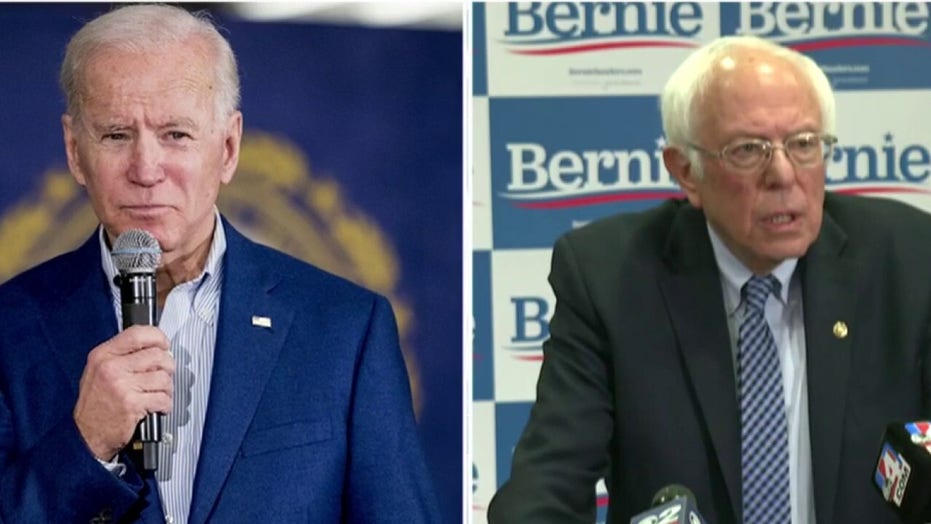 But the vast majority of voters who backed the populist senator from Vermont -- 77 percent -- indicated they would cast a ballot for the former vice president in the general election.

Sanders suspended his presidential campaign earlier this month and a week later endorsed Biden, his more moderate rival for the nomination. Sanders urged his supporters to back the former vice president. The Sanders team and the Biden campaign have formed several policy working groups to seek common ground on key issues.

Sixty percent of Sanders supporters questioned in the survey said they’re not very excited – or excited at all – to back Biden. Just 38 percent suggested they were very or somewhat excited about Biden’s impending nomination as the Democratic standard-bearer.

“This potentially impacts not only fundraising and volunteer support, but the all-important ‘ground game’ necessary to win in November – even a digital ground game in the shadow of the novel coronavirus,” Suffolk University Political Research Center director David Paleologos highlighted.

And Paleologos emphasized that “part of Biden’s struggle to win over these Sanders voters can also be attributed to Sanders’ voters disagreeing on priorities for the upcoming general election.”

The USA TODAY/Suffolk Poll was conducted April 21-25, with 638 Sanders voters questioned by live telephone operators. The survey’s margin of error was plus or minus 4 percentage points.

Roughly a third of Sanders supporters in polls in the late summer of 2016 said they wouldn’t back Democratic nominee Hillary Clinton in presidential election – but the percentage that ultimately refused to vote for Clinton that November was smaller.

Biden, Sanders, and the Democratic Party as a whole are all trying to avoid a repeat of the bitterness of the 2016 presidential campaign. The deep divisions in the party – with a small percentage of Sanders supporters backing the GOP nominee, voting for a third party candidate, or not voting - were a contributing factor in Trump’s upset victory over Clinton in the presidential election.